Spoilers: Violent Aaron traps Harvey into an alibi in EastEnders 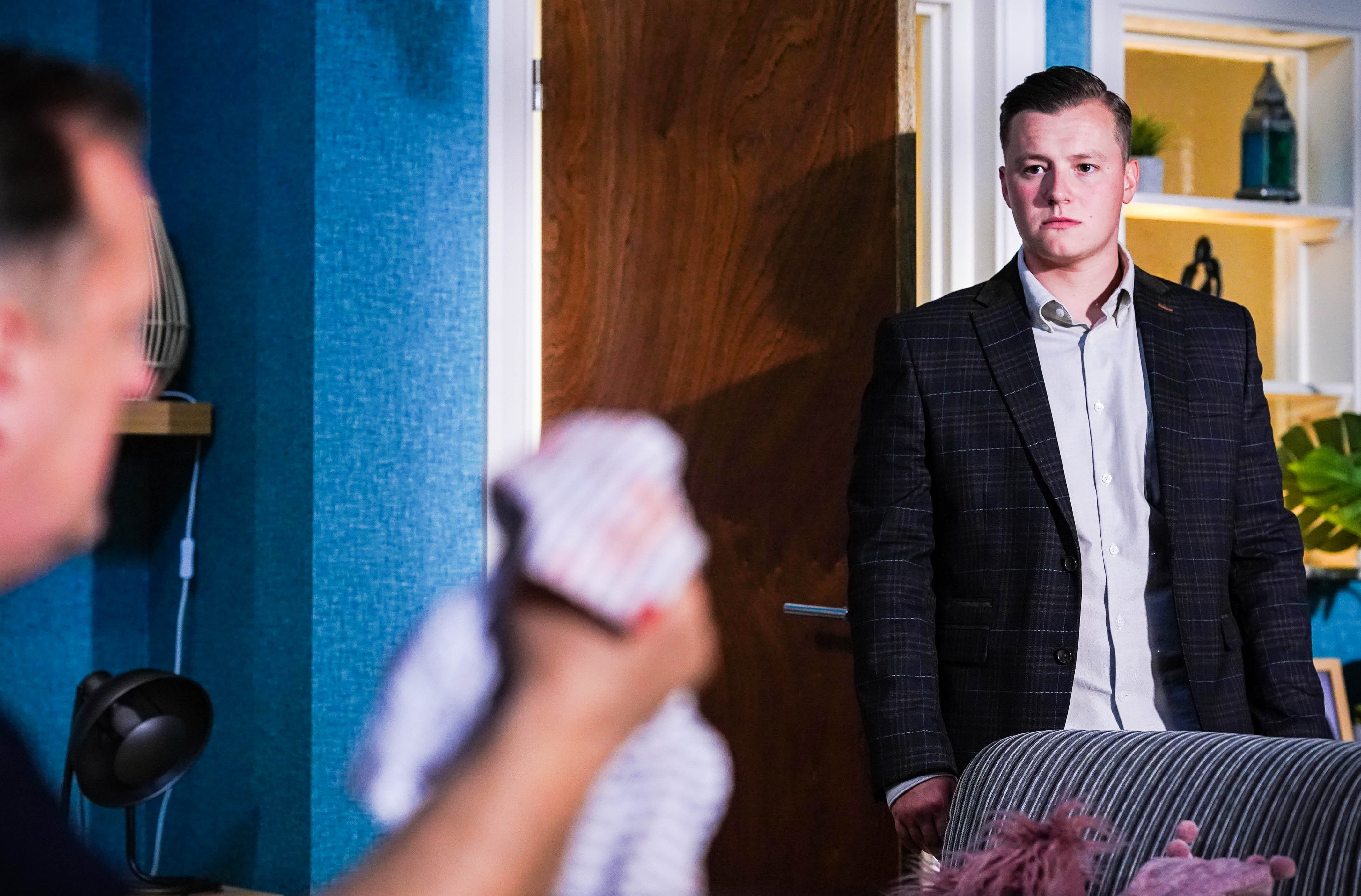 A few weeks ago, EastEnders fans were left scratching their heads trying to work out who Aaron Monroe (Charlie Wernham) attacked.

After his date with Tiff (Maisie Smith) went wrong – again – Aaron arrived home and Harvey (Ross Boatman) had no idea his son’s hands were covered in blood.

Coming up, this attack is revisited as Aaron traps Harvey into a false alibi when the police arrive for questioning.

Aaron decides to question Bobby about his religion but fortunately, Bobby is prepared and responds well.

Later on, something isn’t adding up for Harvey when Aaron insists on taking the bins out.

Harvey investigates and finds Aaron’s bloodied shirt from a few weeks ago.

Harvey demands answers, so Aaron tells him it was just a fight but lied to the police.

Feeling conflicted after Aaron asks him to be his alibi, Harvey is on edge when the police arrive and ask questions.

But will Harvey cover for Aaron?

Will we find out just who he attacked that night?