Fans of Stranger Things can expect season three to be different than the previous two seasons and it could split the group up.

As summer comes along this season on the Netflix series, things are expected to get heated as Eleven (played by Millie Bobby Brown) and Mike (Finn Wolfhard) take their romance to the next level.

Fans will remember that at the end of season two the pair finally shared a kiss after their romance being teased for a long time.

The repercussions of that kiss are yet to be found out, but the stars are certainly buying into the hype surrounding that kiss.

No, there’s nothing awkward about it

Speaking on Good Morning America on Wednesday alongside the show’s other younger cast members, they were asked what the scenes were like to shoot.

They were asked: “Was it fun with this on-screen romance or was it a little awkward?”

They both responded: “No, there’s nothing awkward about it.”

Finn added that being close off-screen made it easy “to get in and out of it.”

He also revealed: “The [Duffer brothers] made a really comfortable set.”

Coolly, Millie then added: “And we’ve been doing it for three years. We’re comfortable. And afterwards we’re kinda just like, ‘alright chill, let’s go back to school.’” 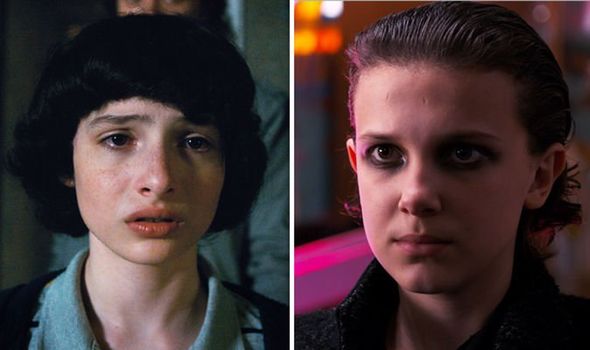 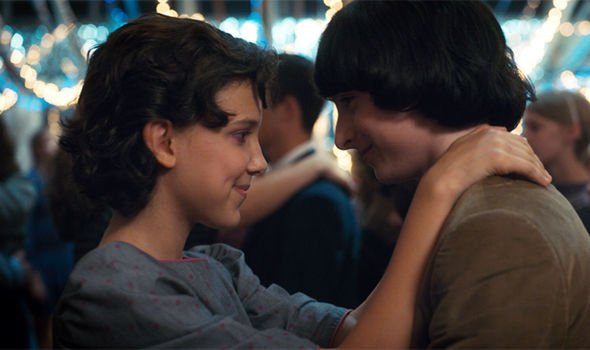 The synopsis for season three has teased who the romance could affect the group and how it will test them more than ever: “It’s 1985 in Hawkins, Indiana, and summer’s heating up. School’s out, there’s a brand new mall in town, and the Hawkins crew are on the cusp of adulthood.

“Romance blossoms and complicates the group’s dynamic, and they’ll have to figure out how to grow up without growing apart.

“Meanwhile, danger looms. When the town’s threatened by enemies old and new, Eleven and her friends are reminded that evil never ends; it evolves.

“Now they’ll have to band together to survive, and remember that friendship is always stronger than fear.”

What’s more, in the Good Morning America interview, Dustin Henderson star Gaten Matarazzo revealed how the show will get even darker this season: “It’s definitely gorier, which is pretty cool. 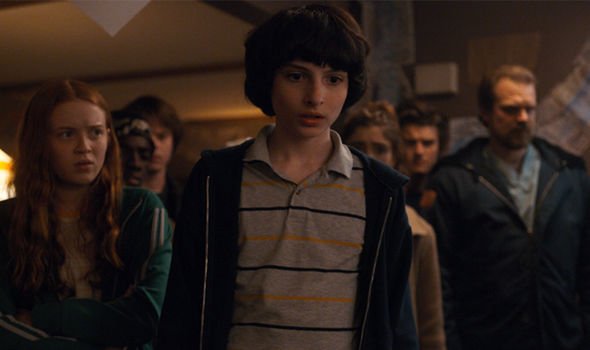 “If you don’t like gorier stuff, I mean watch it anyway…It’s not for the faint of heart.”

Meanwhile, as the synopsis teases, danger is all around the team, as they are threatened by enemies “old and new.”

Although a little vague, this may be hinting towards the return of the Mind Flayer in some way, with some added inclusion of Billy Hargrove (Dacre Montgomery).

The season three trailer seemed to hint at Billy being taken over by some sort of creature as some black sludge looked like it was taking over his body.

Mike star Finn has also teased this season will be “everything.”