Strictly Come Dancing was back for another instalment, as Saffron Barker and her partner AJ Pritchard were first to take to the floor. After their performance, Tess was forced to help out Saffron as she became stuck.

Saffron Barker has impressed with her routines on Strictly so far, and tonight she was back to dance a Samba with AJ.

However, host Tess Daly had to help her out after she got her feet stuck in some confetti streamers that appeared at the end of her routine.

As she appeared to be in a bit of a predicament, Tess stepped in, calling it “a health and safety hazard.” 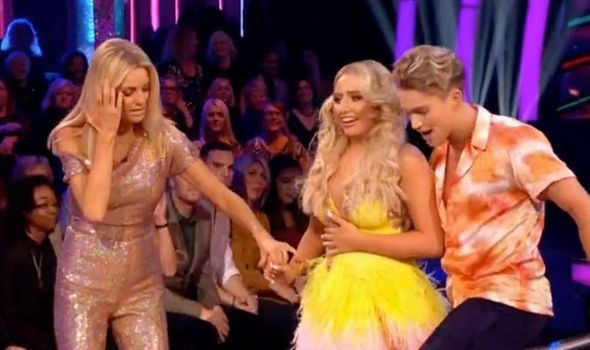 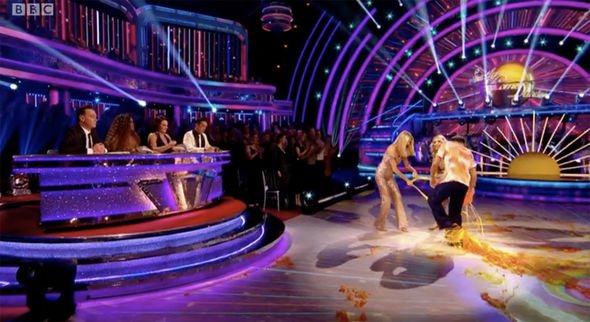 The six remaining couples are back tonight as they continue to compete to win the coveted Glitterball Trophy, as the final gears ever closer.

It was Michelle Visage’s turn to leave the series last week, as she found himself in the dance off four a second time, alongside social media star Saffron Barker.

Chris Ramsey is odds on to depart this weekend, at evens, according to bookmaker’s Coral.

“We didn’t expect Chris to make it this far and he has outran the odds the whole way through the series. However, his time is running out and we think this he could be dancing for the final time. We make him favourite to be eliminated this weekend and leave just five celebrities left standing,” said Coral’s Harry Aitkenhead.

Kelvin remains top of the bookmakers odds to win the competition, and will be performing a Northern Soul inspired Couple’s Choice routine this evening, with Karim Zeroual not fair behind.

The two both topped the leaderboard last weekend, as they both scored 39 points.

Harry Aitkenhead of Coral said: “Kelvin is the hot favourite to win the show, at odds of just 4-9 now, and it looks a two horse race between him and Karim. The rest all appear to be playing for third place at best now.”

The six pairs will be back to perform tonight, who will make it through to next week’s all important quarter final?


Strictly Come Dancing: The Results airs tomorrow at 7.15pm on BBC One