Speaking to Kelvin after it was revealed he’d made it through to the next round, host Claudia remarked: “I’m here with Kelvin and Oti.

“Huge congratulations to you. You have never scored lower than a seven Kelvin. I know, does that add to the pressure?

“Does that really make you think I have to go out there and get nines and 10s?”

“Well I do now you’ve said that,” Kelvin remarked. 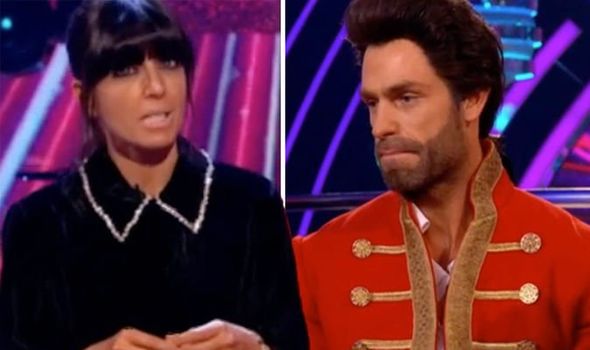 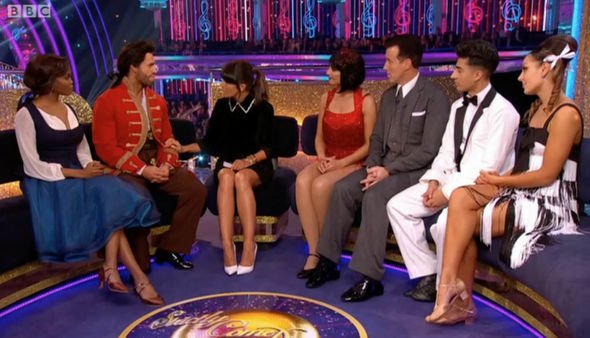 Claudia quickly apologised: “Okay, apologies! Delete it from your memory.”

“No I just think for me it’s about executing the dance,” the former Emmerdale star replied.

“We work so hard all eek you know. Monday to Friday, 12 hours a day and on Saturday night I just want to make sure I give it my all. So far so good.”

Claudia continued: “Oti, you said on It Takes Two, which was so interesting, you said, by the way Zoe on a Monday it’s not flawless because when we look at you dance, don’t be offended you just think, ‘Look at this guy, he can do it.’”t 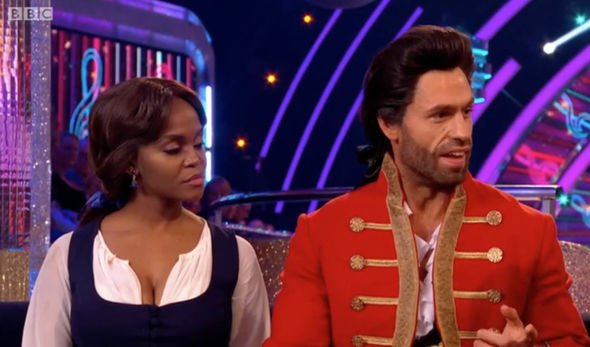 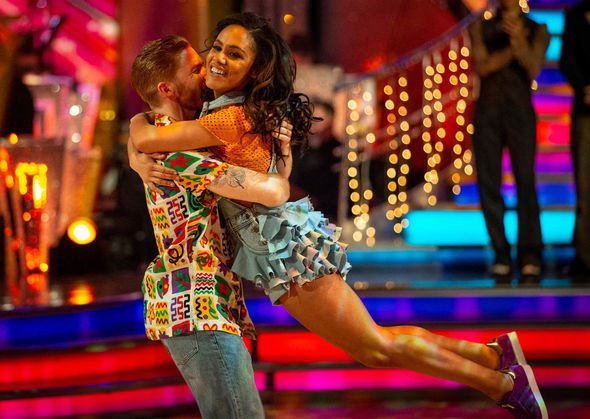 “Yeah, I mean when you look a him on a Saturday, he is so amazing,” professional dancer Oti Mabuse said.

“But he is a non dancer and he’s never done this before.

“Then Wednesday and Thursday its a lot of shouting and then on Saturday it’s just about the belief he has about himself.”

She continued: “Something just switches on and its sensational.

“For me, its like a weekly strictly journey and I love to see it next week.”

While Kelvin may have made it to the semi-finals, viewers were furious with Shirley Ballas after she saved Chris Ramsey due to her “personal taste”.

“Both couples danced extremely well and for me it’s going to go personal taste, and I’m going to go with the couples that I felt had the most content and more powerfully entertaining and therefore I am saving Chris and Karen.”

Another added: “So it was down to Shirley… So gutted for Alex and Neil. #Strictly.”

Strictly Come Dancing continues Saturday on BBC One at 7.10pm.