Strictly Come Dancing: Hamza Yassin on whether he thinks he can win

Strictly Come Dancing is a reality show unlike any other as it sees celebrities from the worlds of entertainment and sport compete to impress the judges and audiences with their ballroom and Latin dance routines. As complete novices, the 15 stars are guided by their professional partners in the hope that they can transform them all into dancers. With the first week’s nerves out of the way, the competition really begins with their second lot of performances.

What time is Strictly Come Dancing on tonight?

Strictly Come Dancing week two is going to start airing on Saturday, October 1, at 6.30pm on BBC One.

As all 15 stars are going to be performing once again, this will be another long night for Strictly fans as it will have a running time of two hours and 15 minutes.

They will take it in turns to try and give the performances of their lives, in an attempt to wow the audiences at home as well as the judges sitting in front of them.

Craig Revel Horwood, Motsi Mabuse, Anton Du Beke and head judge Shirley Ballas are going to be scoring them out of 40, creating the weekend’s leaderboard. 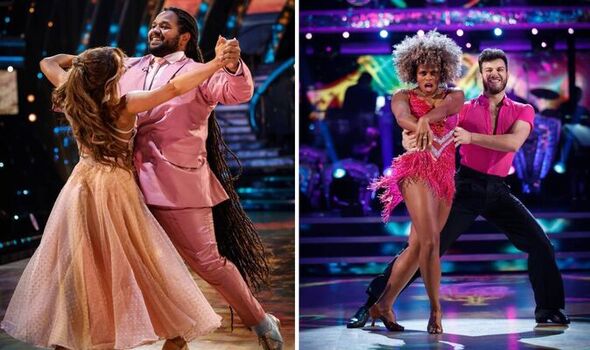 The judges cast their votes last week and while no one was sent home, the points are being carried over to this weekend.

Not only do the celebrities have to impress the judges to win their points, but the public vote is also going to be opened for the first time this year.

So viewers at home will be able to vote for their favourite, leaving two couples in the dreaded bottom two.

As always, these couples are then going to have to perform again in the dance-off where it will be up to the judges to decide who stays and who goes 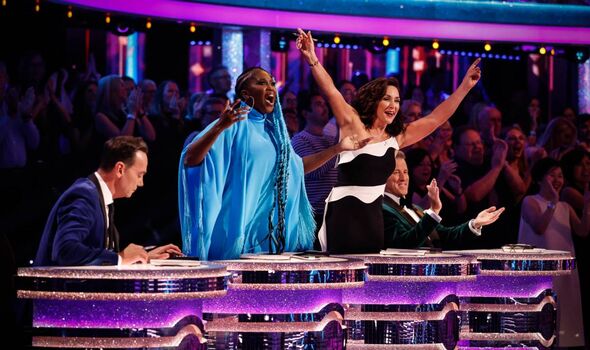 Actor Will Mellor and cameraman Hamza Yassin were the stars to come out on top in week one with their respective partners Nancy Xu and Jowita Przystal.

They both scored a whopping 34 points in their first performances and were closely followed by CBBC presenter Molly Rainford and Carlos Gu with 31 points.

At the other end of the spectrum were footballer Tony Adams and Katya Jones with 15 points, followed by singer Matt Goss and Nadiya Bychkova with 20.

But all could change with this next lot of routines to come this Saturday night.

Ahead of the big night, the BBC has released the list of songs and dances for week two:

Helen Skelton and Gorka Márquez – Cha Cha, Rain On Me by Lady Gaga and Ariana Grande.

Jayde Adams and Karen Hauer – Tango, Rumour Has It by Adele

Will Mellor and Nancy Xu – Salsa, Never Too Much by Luther Vandross

Fleur East and Vito Coppola – Viennese Waltz, Glimpse Of Us by Joji

Strictly Come Dancing continues on Saturday, October 1, at 6.30pm on BBC One.