Home » TV » Strictly leaderboard: Who is at the top of the Strictly Come Dancing leaderboard?

Strictly leaderboard: Who is at the top of the Strictly Come Dancing leaderboard?

BBC series Strictly Come Dancing inched a step closer to the all-important final this evening (Saturday, November 23). The couples showed off their latest routines in the hopes securing their place in next week’s show. Here’s a look at who shone and whose performances were lacklustre.

Who is at the top of the Strictly Come Dancing leaderboard?

Karim Zeroual and Amy Dowden have come top of the Strictly Come Dancing leaderboard with their partner.

The judges gave the couple a score of 38 for the Couple’s Choice: Contemporary routine to the song Drops of Jupiter by With Confidence.

In joint first place were Kelvin Fletcher and their partner Oti Mabuse with a score of 38.

They danced a Couple’s Choice: Street/Commercial to Do I Love You (Indeed I Do) by Frank Wilson. 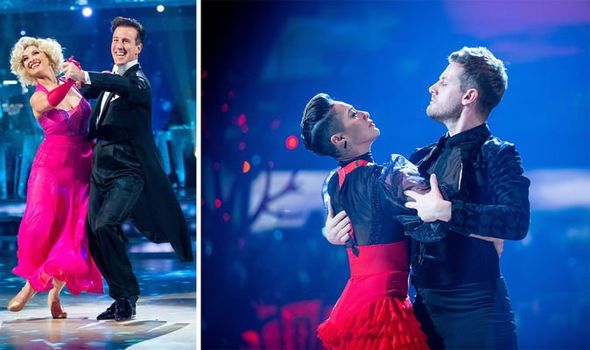 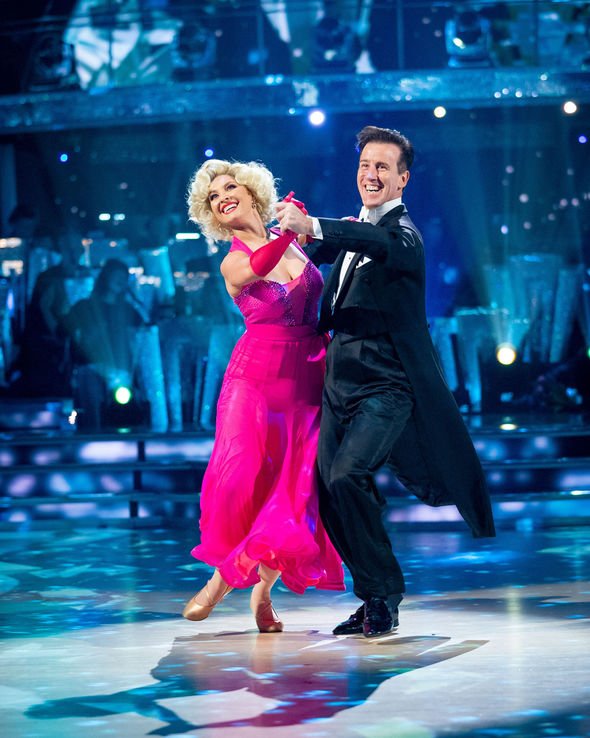 However, it was a different story at the other end of the leaderboard for some of the other couples.

Saffron Baker and AJ Pritched were right the at the bottom of the leaderboard with a score of 26.

Both of them failed to impress with their Samba to Walking on Sunshine by Take Me To Rio Collective.

In joint bottom was Alex Scott and Neil Jones with a figure of 26 after their Argentine Tango to Never Tear Us Apart by Bishop Briggs. 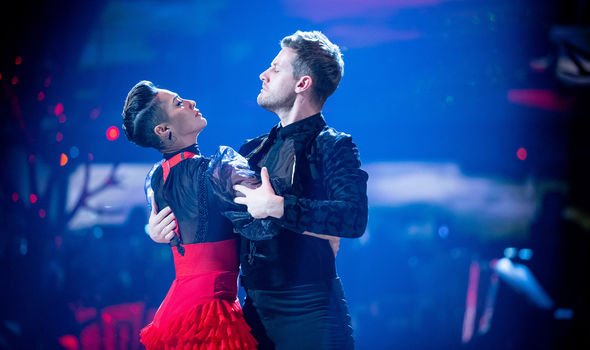 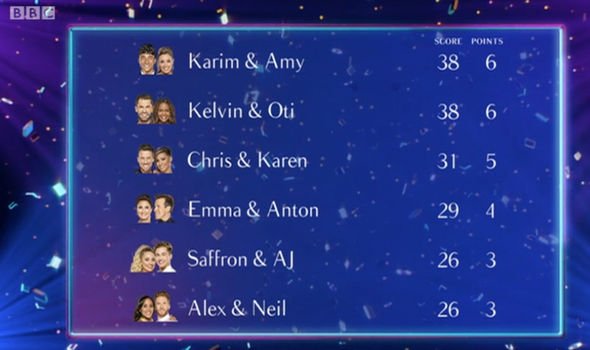 The votes were thrown open by the hosts Tess Daly and Claudia Winkleman at the end of the show.

Along with the six couples dancing on the show, judge Bruno Tonioli showed off his singing skills with a special performance.

Taking to the stage, Bruno gave a rendition of classic track Can’t Take My Eyes Off Of You originally by Frankie Valli and The Four Seasons.

However, the results of the vote won’t be revealed until tomorrow (Sunday, November 24) during the show on BBC One at 7.15pm.

The bottom two will be revealed and have to dance for their lives in the hopes of winning over the judges.

But one couple is going to be sent packing, bringing the celebrities down to just five people.

Along with the results, tomorrow evening will feature a special performance from opera singer Andrea Bocelli.

According to the odds, it’s not looking good for comedian Chris Ramsey and his partner Karen Hauer who have got odds go 11/10 from Bet Victor and Bet 365 as well as 11/8 from Ladbrokes.

While EastEnders star Emma Barton and professional Anton Du Beke have been given 4/1 from William Hill and 9/2 from Unibet.

In third place is Saffron Barker and AJ Pritchard with odds of 2/1 from Coral and 12/1 from Boyle Sports.

Harry Aitkenhead from Coral said: “We didn’t expect Chris to make it this far and he has out-ran the odds the whole way through the series.

“However his time is running out and we think this he could be dancing for the final time.

“We make him favourite to be eliminated this weekend and leave just five celebrities left standing.”

Strictly Come Dancing airs tomorrow on BBC One at 7.15pm