‘Succession’ Review: Boar on the Floor Helps ‘Hunting’ Become an an Instant Classic

There is a scene in the third episode of “Succession” that so perfectly embodies the debilitating, humiliating, and altogether obscene world Logan Roy rules, it’s almost too on the nose to be taken seriously. Both unforgettably toxic and absurdly funny, the scene barrels through the story’s climax with an unstoppable velocity — like a boulder in a pinball machine, picking off one family member or Waystar employee at a time, while Logan stands tall hammering the flippers.

I’m speaking, of course, of Boar on the Floor.

Is it a real game? Is it conjured at will from the day’s hunt? Is it tactic he’s used before? It’s tempting to answer as Tom did — “How the fuck would I know, Greg? You think I have a rational explanation for this?” — or to accept Logan’s chaos-inviting first response — “Greg, you know something? There are no fucking rules.” — but when push comes to shove, I want to believe in every explanation. Yes, given the “hunt” that came a few hours earlier, where the men shot (and missed) pigs in barrel, it’s tempting to believe an angry Logan conjured a witch hunt of his own, herding together anyone he found suspicious in the most humiliating fashion he could imagine: Go stand in the corner; then crawl on the floor; then wrestle your co-workers for sausages thrown at your feet to prove your loyalty.

This is Boar on the Floor, and it’s exactly as ridiculous and nonsensical as it sounds. But wouldn’t it be nice if it were real? If it was based on a traumatizing event from Logan’s childhood or youth? Or, perhaps rooted in wealthy nincompoops’ actual behavior — the kind we 99 percenters never get to see? Blending real-world parallels with fictional stand-ins is part of what makes “Succession” such delectable and cutting entertainment (as journalists noted last week, after a frighteningly accurate shuttering of an online site felt a little too personal). And what “Hunting” does best isn’t just its farcical inventiveness. It’s also what comes before the company retreat dinner to end all company retreat dinners. Even in its most outlandish moments, “Succession” still hits home.

Most of my notes on the episode are in quote-form, but even one line from each scene conjures more than the words themselves or the person saying it — “Hunting” is made up of well-defined scenes that carefully build to crescendo and a come-down. 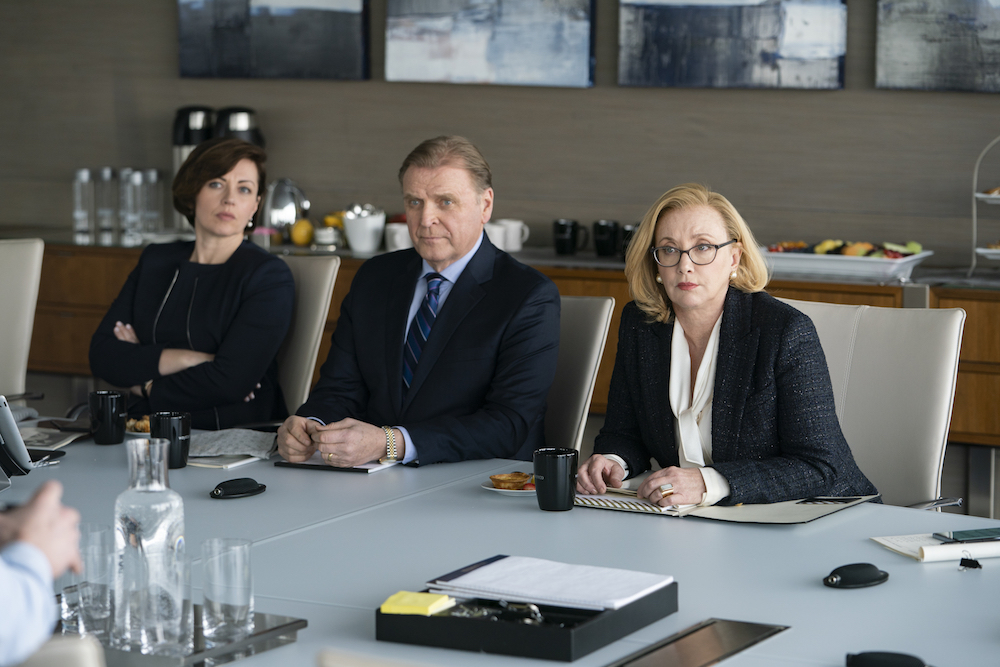 There’s the not-a-meeting meeting — “a precursor to see if I’d be willing to meet” — which gives us the gift of a self-aggrandizing Cousin Greg (Nicholas Braun) learning what it means to be off-the-record (or, really, not learning). Then there’s the actually-a-meeting board meeting, where Tom (Matthew Macfadyen) sums up the group’s kowtowing reaction to Logan’s planned acquisition of PGN with the iconic line, “Let’s bone this turkey!” Clearly, no one in that room really thinks it’s necessary to spend $20 billion to buy a respectable media company when they’ve already got a disrespected but profitable media company of their own, but only Shiv (Sarah Snook) even mentions its broader implications.

After getting nowhere arguing such an acquisition could cripple a fragile American news ecosystem, she pivots to a business-first mentality, for Tom’s sake. “Tom, this is serious. It’s a snake eating a crocodile — it doesn’t fit. It’s too big. It’s a 20 billion acquisition that either breaks us or takes half a decade to integrate.” That seems to do the trick, as Tom reticently agrees to talk Logan out of the deal during the company retreat to Hungary. Why Hungary, Tom asks for the sake of the audience? “It’s a nice place to shoot a gun where no one cares what you hit,” Geri (J Smith Cameron) says.

Luckily, there’s also no one there to see them miss, but that’s almost beside the point. On the plane ride, Cousin Greg gets spooked Logan may find out he spoke to the unauthorized biographer (side note: Brian Cox can have an Emmy simply for the casual conviction in his response to Geri saying, “Well, [the book] will come out. I can’t actually, in this nation, yet, sadly, halt the publication of a book.”), and goes to his good buddy Tom for help. “Sam… is he nice?” Greg asks about the man leading the online investigation into who spoke with the author. “Is he nice? You’re asking about the moral character of a man named Ratfucker Sam?” 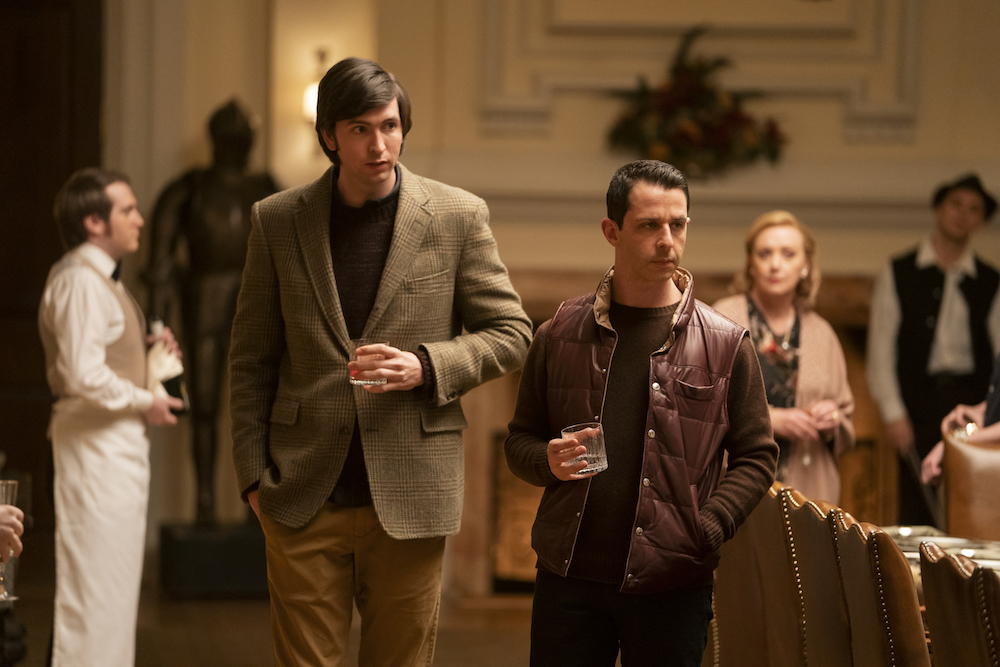 This precedes the hunt itself, which moves quickly toward Logan learning that his acquisition plan leaked, and thus the dinner and Boar on the Floor, but all these scenes build tension, anticipation, and conflict — even unmentioned gems like Logan’s medical examination (“Let them meet without me? While the cats away, I don’t fucking think so.”), Connor (Alan Ruck) trying to hire Shiv/sell her on the benefits of hyper-decanting (“You’re just doing regular decanting?”) or Geri pushing Tom onto the battlefield (That’s where heroes are born, Tom.” “It’s also, commonly, where they’re killed, Geri!”) either lay foundation for future plot developments or twist the screws on this episode’s dramatic fixtures all the further. By the time Logan starts barking “Boar on the Floor,” the viewer is primed to explode right along with him.

For as great as the writing is — Tony Roche is the credited scribe on this one — attention should be paid to Andrij Parekh’s direction. I won’t soon forget the punch-in on Logan’s face when he learns someone close to him already met with the biographer, or the telling little maneuvers around the dinner table as the guests react to Logan’s grenade of a game. Greg taking off his coat, Roman sliding one phone off the table as another goes into the pile, Tom’s fateful pause when deciding to protect Greg — the way Parekh and editor Bill Henry construct the chaos is incredible, with as much time given to making the occasion itself feel grand and densely populated (which emphasizes the embarrassment) as there is to the little moments that define each character.

Boar in the Floor is so good — from its stupid rhyming name to its even stupider reckless showmanship — it’s bound to be imitated at bro-heavy corporate outings and frat hazings alike. It’s almost irresponsible how good it is, but luckily the only people who would actually reenact it are also already boars themselves.