Luke Gulbranson dropped a bomb on the Summer House cast but also reunion host Andy Cohen when he said producers told him to ask Hannah Berner to visit him in Minnesota.

Gulbranson’s reveal not only shocked the cast, but it brought Berner to tears and she stormed off stage. The conversation focused on Berner’s anger toward Gulbranson when he did not return her affections last summer. She shared that Gulbranson asked her to go to Minnesota to meet his parents. “I was upset that this person in my life had confused me,” Berner said during the reunion. Gulbranson is seen shaking his head, which is when he delivered the blow. 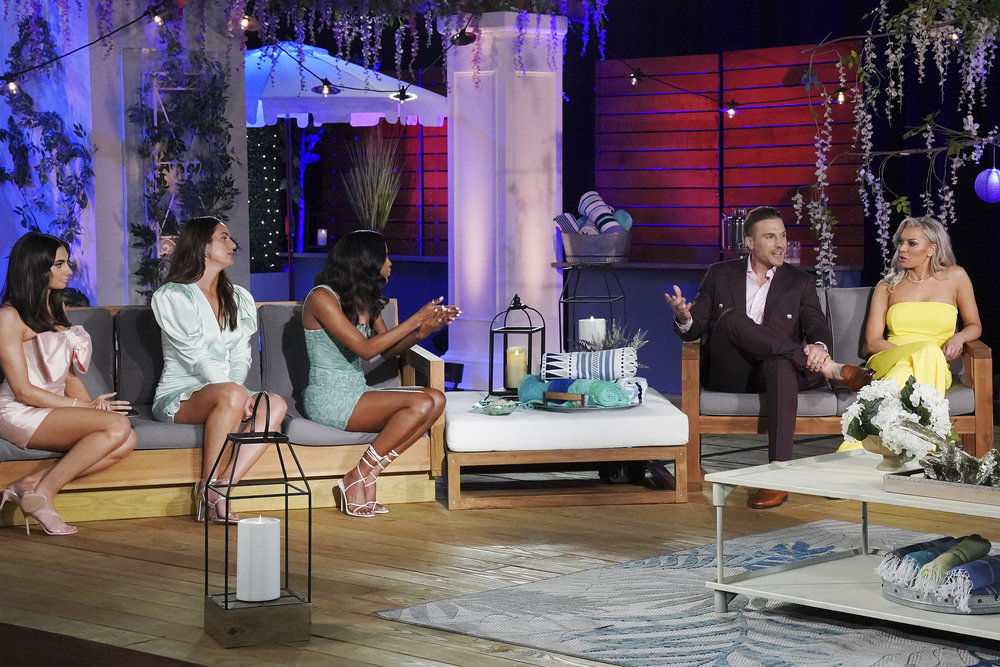 “There’s something I wanna clear up with the Minnesota reference,” he said. “I’m clearly gonna break the fourth wall and I apologize. But this is something I have to say. Sorry guys but, I was produced and asked to ask you to go to Minnesota. I should have never asked you that.” Berner’s eyes widened when she heard the news.

“I should have said no,” Gulbranson added. Paige DeSorbo exclaimed, “What?” Plus, Cohen said, “That is not true.” Carl Radke is heard in the background adding, “That’s not true.”

Berner rose from her seat in tears. “That is most f**ked up thing ever.” She walked off the stage and is heard sobbing.

“Oh my God, Luke,” Cohen said shaking his head looking annoyed. “I mean … that is not true.” Adding, “Luke I don’t believe you because you were like telling producers after we wrapped that you were trying to find dates to go and so you were really following through with it.”

Flashbacks showed how often Gulbranson talked to Berner about going to Minnesota with him, which occurred on more than one occasion.

“I mean, she was close to your family, right?” Cohen said to Gulbranson. Another flashback showed Gulbranson on FaceTime with his family and he called Berner into the frame to say hello.

“Hey listen I’m not trying to be the bad guy,” Gulbranson said. “I’m clearly sorry about it. And I feel bad. And I wanna apologize to Hannah and I will apologize to her about it.”

Do Luke Gulbranson and Hannah Berner kiss and make up?

Gulbranson decided to apologize to Berner in private. He goes to find her backstage to talk to her during the reunion. “That’s the meanest thing that a guy has ever said to me,” Berner said to herself before Gulbranson found her.

“You wanted her to come but it wasn’t the right time to ask her to?” a producer is seen asking Gulbranson backstage. “Is that what you’re trying to say?”

Gulbranson replied, “Yeah, I mean I’d definitely invite Hannah to Minnesota.” Adding that he sees her as one of his best friends. “But it wasn’t the right time for that, to ask her that,” he added.

At first, Berner didn’t seem keen to speaking to Gulbranson once he found her. But they ended up embracing and he apologized. But is all well that ends well?