Andi Peters was on hand to present the latest competition, and in a bid to get Good Morning Britain viewers to enter, he had spoken to previous winners. However, when talking to one, a massive accident occurred and presenters Susanna Reid and Ben Shephard were unable to look at the chaos unfolding.

Usually, Andi is joined by previous competition winners in person, but due to the pandemic, they have decided to go digital.

Those watching at home saw him surrounded by iPad screens which were fixed to a stand on wheels.

The motorised piece of equipment was controlled by the user and they could move it forwards, backwards and decide the direction it would go.

The team at ITV had rolled out a red carpet and Andi invited the winner’s to “walk” or move their robot down the carpet and explain what they had won. 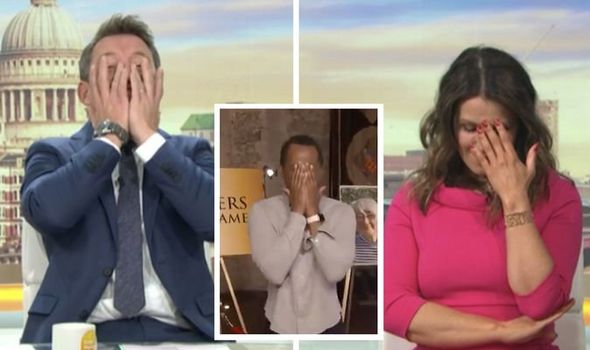 The first and second were successful, but when it came to Penny, her sense of direction meant she ended up sending her robot into a pole.

The obstruction caused the robot to end up face planting the floor and Susanna and Ben looked on in horror.

After a few seconds silence, looking at the robot lying on the floor, Susanna asked: “Is Louise ok?” getting the winner’s name incorrect. 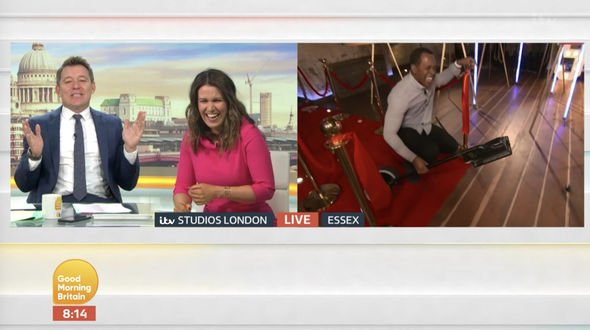 “Andi was that one of this week’s prizes?” Ben joked.

Andi lifted the robot off  the floor, and everyone could see the screen return to the prize winner.

“You poor thing!” Susanna continued and Andi vowed to never use that piece of equipment again. 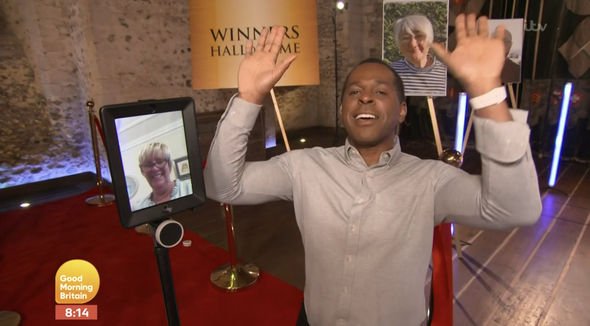 One sarcastically said: “Fantastic bit of technology there #gmb.”

“The iPads on stands thing is hilarious @gmb @andipeters #gmb,” another remarked.

A third commented: “Well this segment is going well #gmb.”

Later on in the show, Ben crossed to Andi again and remarked: “Last time we saw him he had an accident with one of our winners, is Penny okay?”

“I’m absolutely fine and ready for action,” Penny replied via the iPad.