The opening day Telluride Film Festival brunch had a surprise guest: director Martin Scorsese. He mingled with the likes of Antonio Banderas, Sterling K. Brown, Noah Baumbach, and Bong Joon Ho, who all came to town for the 46th installment of the festival. All harbor hopes for rousing acclaim as they go into a fall awards corridor that’s clouded by exhibition anxiety: The rising power of streamers and questions about studio support of the struggling mid-level adult drama are all too real.

But not today, Satan. Scorsese was not schlepping to the Rockys to mount a surprise screening of one of the fall’s most anticipated movies, “The Irishman,” but to cheer on the Safdie brothers’ noisy festival rouser “Uncut Gems” (December 13, A24), which he executive-produced, and pay homage to the late, great Agnès Varda, whose last film “Varda by Agnès” is showing here. She gave him moral support over the years, he said at a festival panel, was in the editing room for “The Silence,” and before she died visited the set of “The Irishman” (set to open the New York Film Festival). 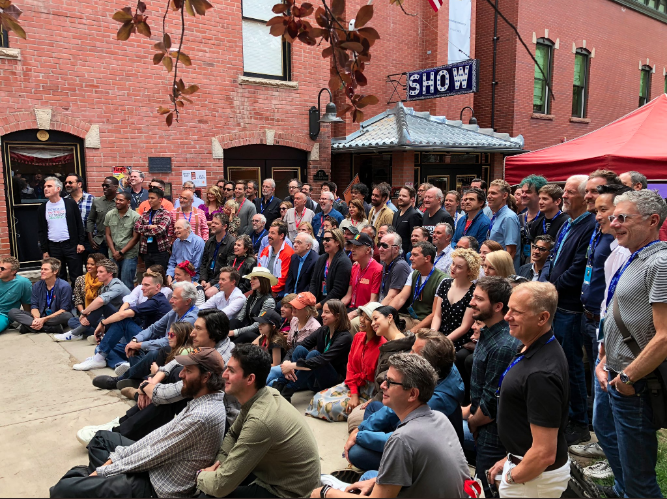 Scorsese also presented a stunned Adam Driver, who starred in “The Silence,” with his Telluride tribute pendant. The 35-year-old actor has come a long way since he broke out in Lena Dunham’s HBO series “Girls,” as well as with Jim Jarmusch and in Coen brothers art films, and as Kylo Ren in “Star Wars.” He brought two lauded movies to the festival, but the one that will nab him his first Best Actor Oscar nomination (he scored a Supporting Actor nod for “BlacKkKlansman”) is Noah Baumbach’s wrenching (and painfully funny) divorce drama “Marriage Story” (November 6, Netflix), which earned universal raves out of Venice and Telluride. Driver plays a New York stage director whose actress wife (Scarlett Johansson, long overdue for an Oscar nomination) hires a hard-driving lawyer (fast-talking Laura Dern) in order to keep their young son in Los Angeles. With Netflix’s powerful awards machine behind it, “Marriage Story” is a frontrunner for multiple Oscars.

Also playing in Telluride is $14-million Sundance pickup “The Report” (November 15, Amazon), co-starring Annette Bening as Senator Dianne Feinstein. Driver plays her obsessive Senate aide Dan Jones, who wrote up the 6,700-page CIA investigation that writer-director Scott Z. Burns and producer Steven Soderbergh turned into a riveting thriller; it will play in theaters for two weeks before going to Prime. 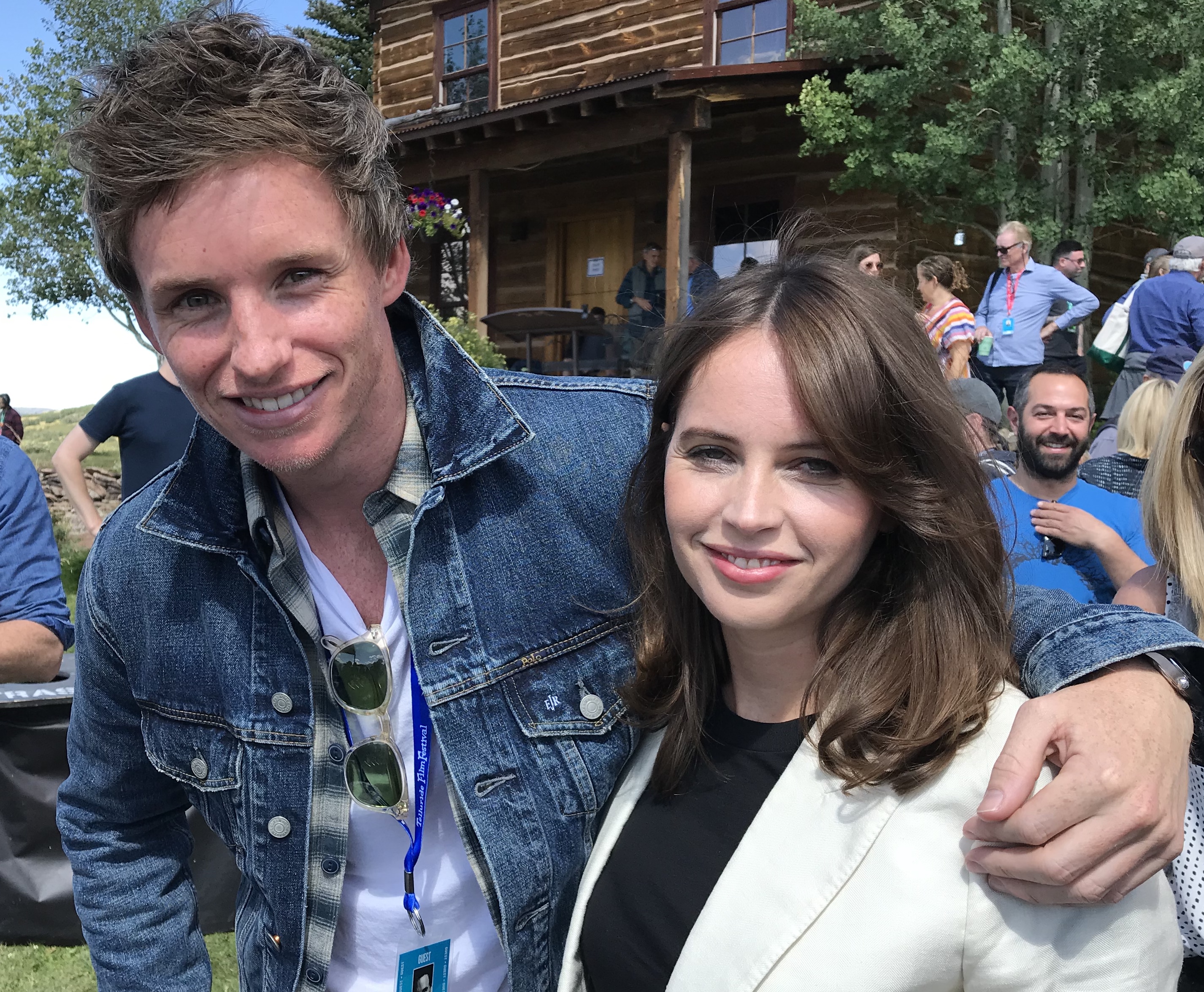 Eddie Redmayne and Felicity Jones of “The Aeronauts” at Telluride.

Amazon is also building a fledgling awards operation. Less likely to factor in the Oscar race is Amazon’s period balloon adventure “The Aeronauts” (November 27, Amazon), which despite the stalwart efforts of “The Theory of Everything” stars Eddie Redmayne and Felicity Jones and some stunning VFX sky panoramas, loses air pretty fast. Both actors told me they wished the big-screen spectacular could score a proper theatrical release; it goes on Prime after two weeks in theaters.

Needless to say when seven Telluride movies in the last 10 years have won Best Picture —  including “Slumdog Millionaire,” “The Shape of Water,” “Moonlight,” “The King’s Speech,” and “12 Years a Slave”— many eyes are on how the films here are received by audiences and press. Here’s who came out ahead and behind after three days in Telluride. 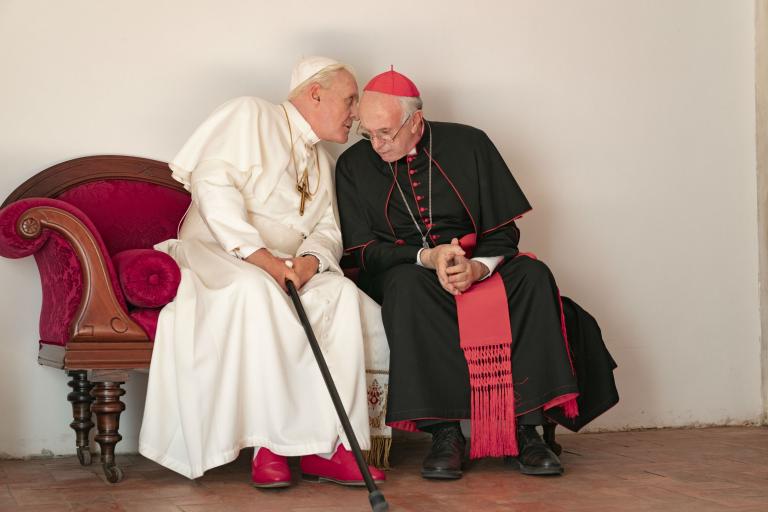 Netflix not only celebrated “Marriage Story” (at a Saturday night dinner attended by Driver, Baumbach’s partner Greta Gerwig, Laura Dern, Adam Sandler, and Netflix’s Reed Hastings and Ted Sarandos), but brought Fernando Meirelles’ charming and poignant sparring match “The Two Popes” (November 27), which the streamer developed from an office pitch by screenwriter and Oscar perennial Anthony McCarten (“Darkest Hour”). He imagines what happened behind the closed doors of a 2012 meeting between conservative Pope Benedict (Oscar winner Anthony Hopkins) and future reformer Pope Francis (never-nominated Jonathan Pryce) just before Benedict resigned his papacy. Both actors are at the top of their game. And while it will get a short stint in theaters, it’s perfectly calibrated for Netflix.

And Netflix documentary chief Lisa Nishimura debuted Ed Perkins’ first theatrical feature documentary “Tell Me Who I Am,” a powerful portrait of loving twin brothers; when one loses his memory at age 18 in a motorcycle crash, the other fills in his history. Netflix also showed a literally searing documentary short, “Fire in Paradise,” shot by many of the terrified northeastern California residents who fled for their lives in November 2018. 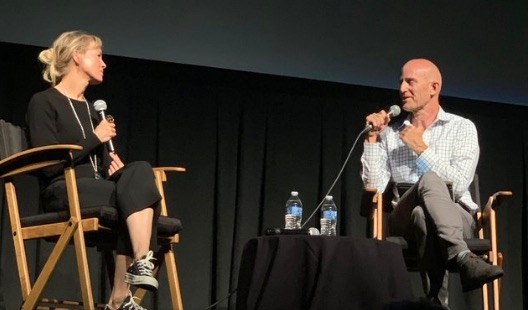 Also landing a Telluride tribute was Renée Zellweger, who admitted that she enjoyed not having to dress up at a festival; she wore sneakers to both her packed tributes, which showcased her range, from “Chicago” and “Bridget Jones’s Diary” to “Jerry Maguire” and her Oscar win for “Cold Mountain.” Rupert Goold’s “Judy” (September 27, Roadside Attractions), her moving portrait of singer Judy Garland on the ropes during her last London concerts, could land her a movie comeback and a fourth Oscar nomination.

Also breaking into the Oscar race at Telluride was James Mangold’s true racing story “Ford v Ferrari” (November 15, Fox/Disney), which provided a welcome reminder of what studios can achieve when they set out to combine a smart character drama with a percussive action spectacular. Matt Damon and Christian Bale carry this $100-million two-hander, but Bale is especially moving as the rebellious race-car driver who pursues the perfect lap on behalf of Ford in the 24-hour 1966 Le Mans race. 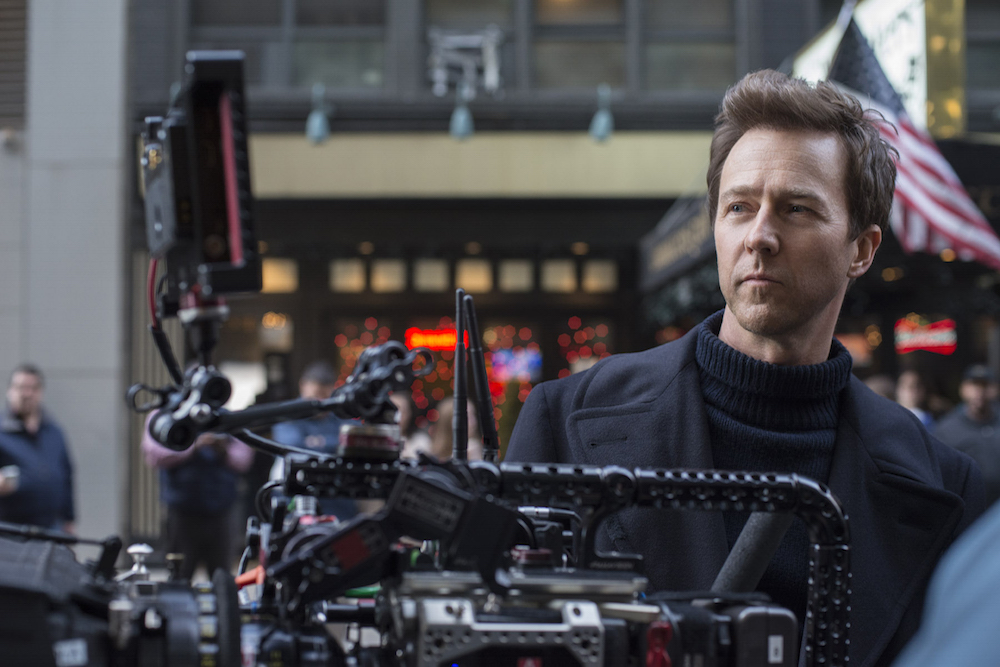 Edward Norton on the set of “Motherless Brooklyn” 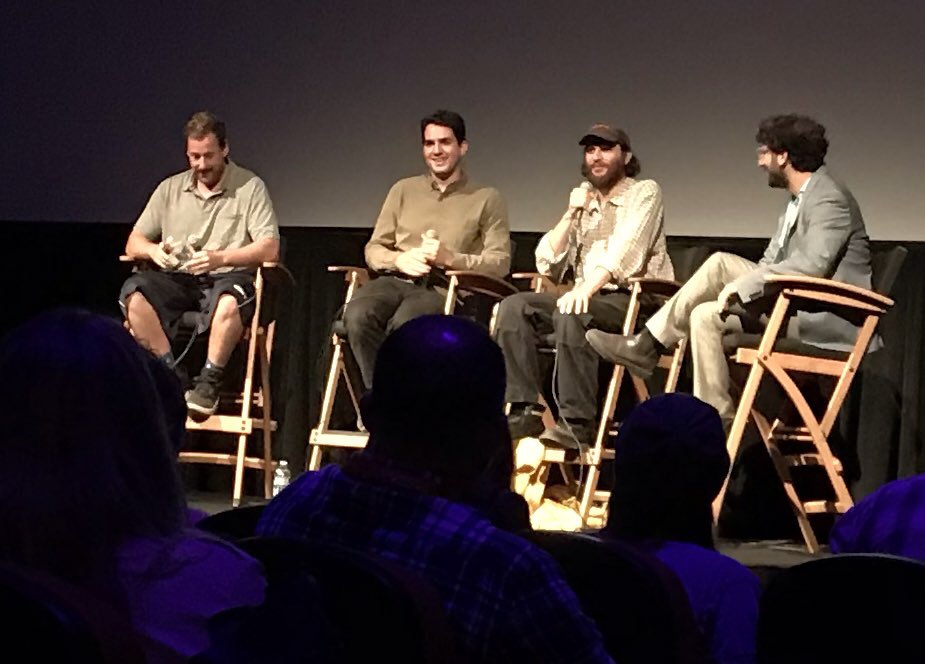 “Uncut Gems” (December 13, A24) is a wild ride. Josh and Benny Safdie (“Good Time”) crank up the volume and never let go, but you feel pummeled. The movie could break big at the box office. Awards will depend on actors coming through for comedian Adam Sandler, who dives into this dramatic role as a reckless New York diamond district gambler, but his sordid character will turn off some viewers. Also scoring strong notices for A24 is Trey Edward Shults’ family-disintegration drama “Waves” (November 1), starring Sterling K. Brown. 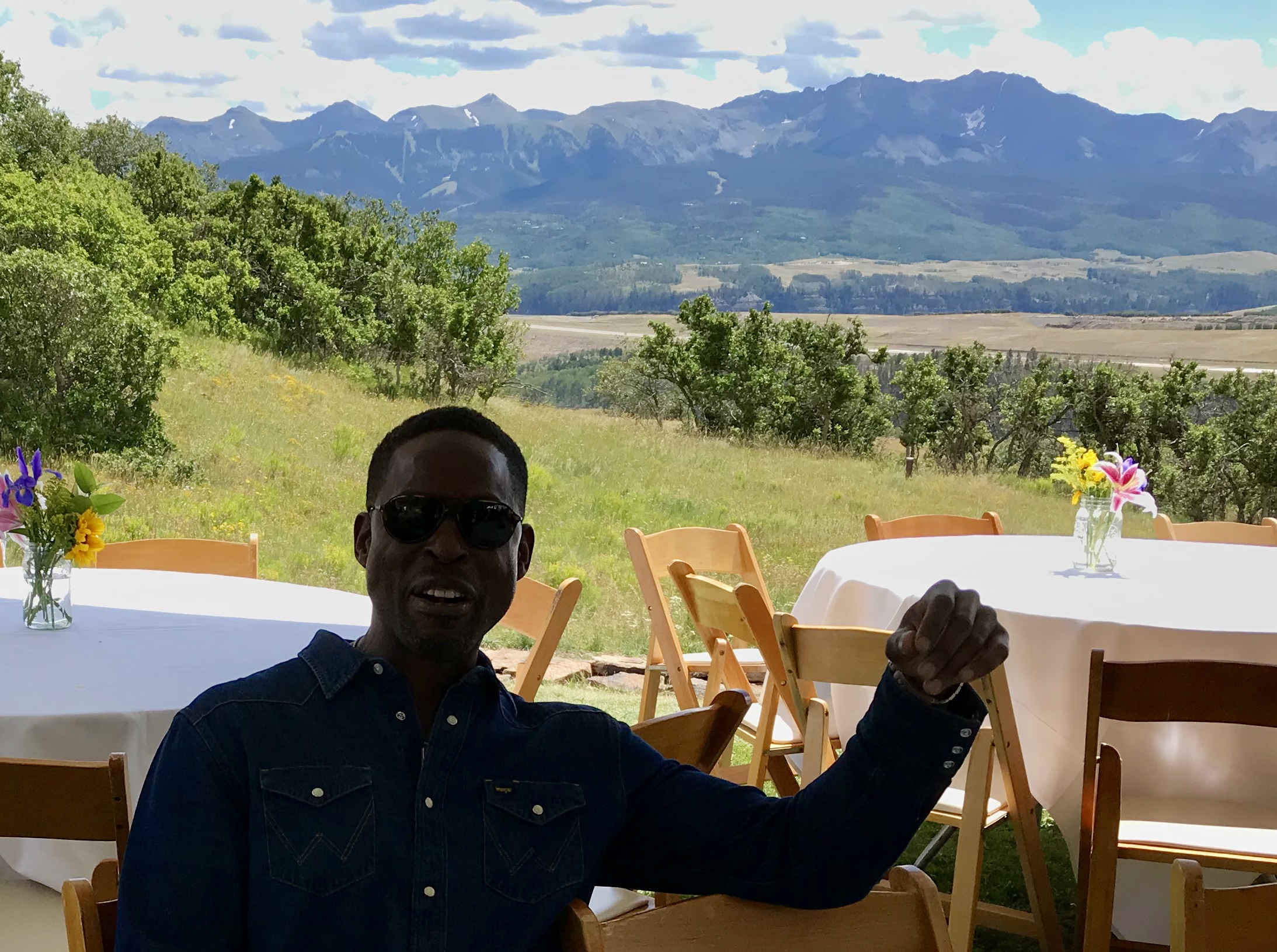 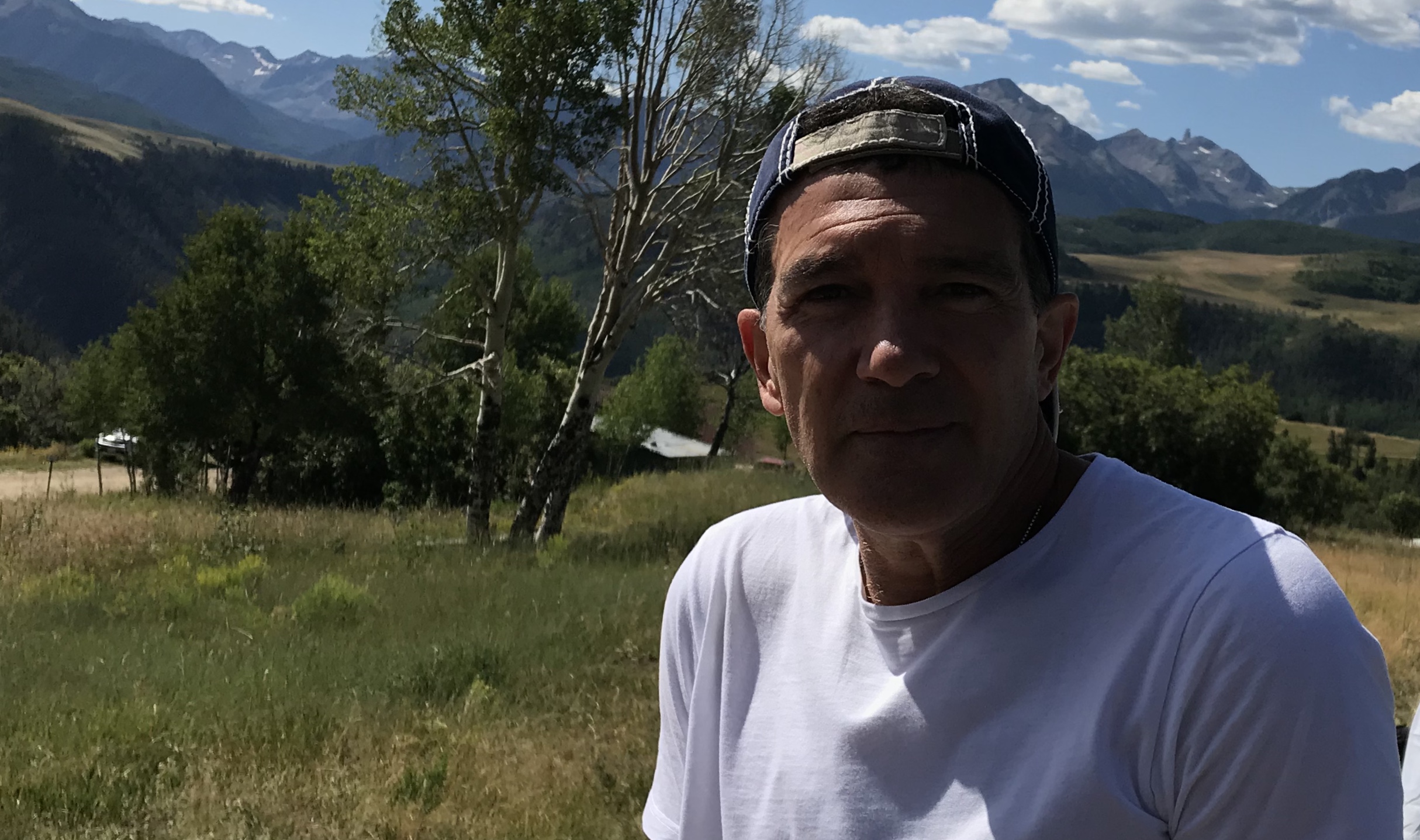 Of course, Telluride only starts the drumbeats that will be amplified by a larger press corps at the Toronto International Film Festival, which launches September 5. Audiences aren’t flocking to theaters to see dramas, preferring to stay home, which means there’s no room for error. How the theatrical distributors and Netflix and Amazon manage their slates will be revealing. At this point, any Oscar contender demands not only marketing finesse but enthusiastic critical support.