Home » TV » ‘The 355’ Review: Smart All-Female Spy Thriller Isn’t Revolutionary, but It Doesn’t Have to Be

‘The 355’ Review: Smart All-Female Spy Thriller Isn’t Revolutionary, but It Doesn’t Have to Be

When Simon Kinberg’s starry “The 355” was first announced in 2018 (truly, a different time), the ensemble spy film was touted for its gender-conscious casting, tapping five big-name female stars (including Jessica Chastain, who also cooked up the film’s idea and produced it) to star in a globe-trotting adventure that would normally be the bailiwick of a bunch of dudes. But even then, the idea that women (women!) could lead an original actioner was hardly the revolutionary idea that was literally sold (for millions of dollars) to a raft of interested parties as part of a natty Cannes launch. And that’s just fine; in fact, that “The 355” arrives in theaters after a number of other, similarly themed projects have already beaten it to the punch might just be the most revolutionary idea of all.

Chastain’s concept, eventually penned by “Catwoman” and “Harriet the Spy” screenwriter Theresa Rebeck and “Maleficent: Mistress of Evil” scribe Bek Smith, was cooked up on the heels of plenty of other successful, interesting female-centric action outings, from “Atomic Blonde” and “Lucy” to “Wonder Woman” and “Mad Max: Fury Road.” More than three years after its announcement (and with at least one casting switcheroo, swapping original star Marion Cotillard for Diane Kruger), “The 355” finally lands in a world in which films like “Birds of Prey,” “Black Widow,” “The Old Guard,” and “Gunpowder Milkshake” have already been released and proven that there’s indeed a hunger for this smart twist on an old formula.

Kinberg’s film doesn’t venture too far afield from other spy thrillers that have come before it — read: male-dominated fare — offering up a slick, snazzy, globe-trotting adventure filled with plenty of double-crossings, predictable twists, and excellent fight sequences that just so happen to be carried out by a pack of talented women. Zipping from Colombia to Paris to Shanghai and all manner of points in between, “The 355” wears its spy movie bonafides with pride. And why shouldn’t it? There’s room for twists of all types, and while “The 355” might not be the boundary-busting breakthrough it was sold as, it’s something better: a solid spy flick that adds something new to the genre without totally upending it. That’s refreshing in its own way.

It all starts in familiar enough territory: 150 miles outside of Bogota, where some vaguely nefarious rich dude is trying to offload some also vaguely nefarious weapon with the power to destroy the entire world. A clutch of Colombian agents (including Edgar Ramirez) are on the case, however, and when Ramirez’s Luis ends up in possession of said weapon, things really get wild. Luis eventually cooks up the idea to sell of the weapon himself, taking it straight to the rest of the world’s intelligence agencies (from the CIA to Germany’s BND), intending to get some quick cash and make a run for it. What follows is a game of cat and mouse (with the constant addition of more cats, and more mice) as the weapon (really just a teensy drive) gets kicked around the globe, ever-closer to doing some real damage. 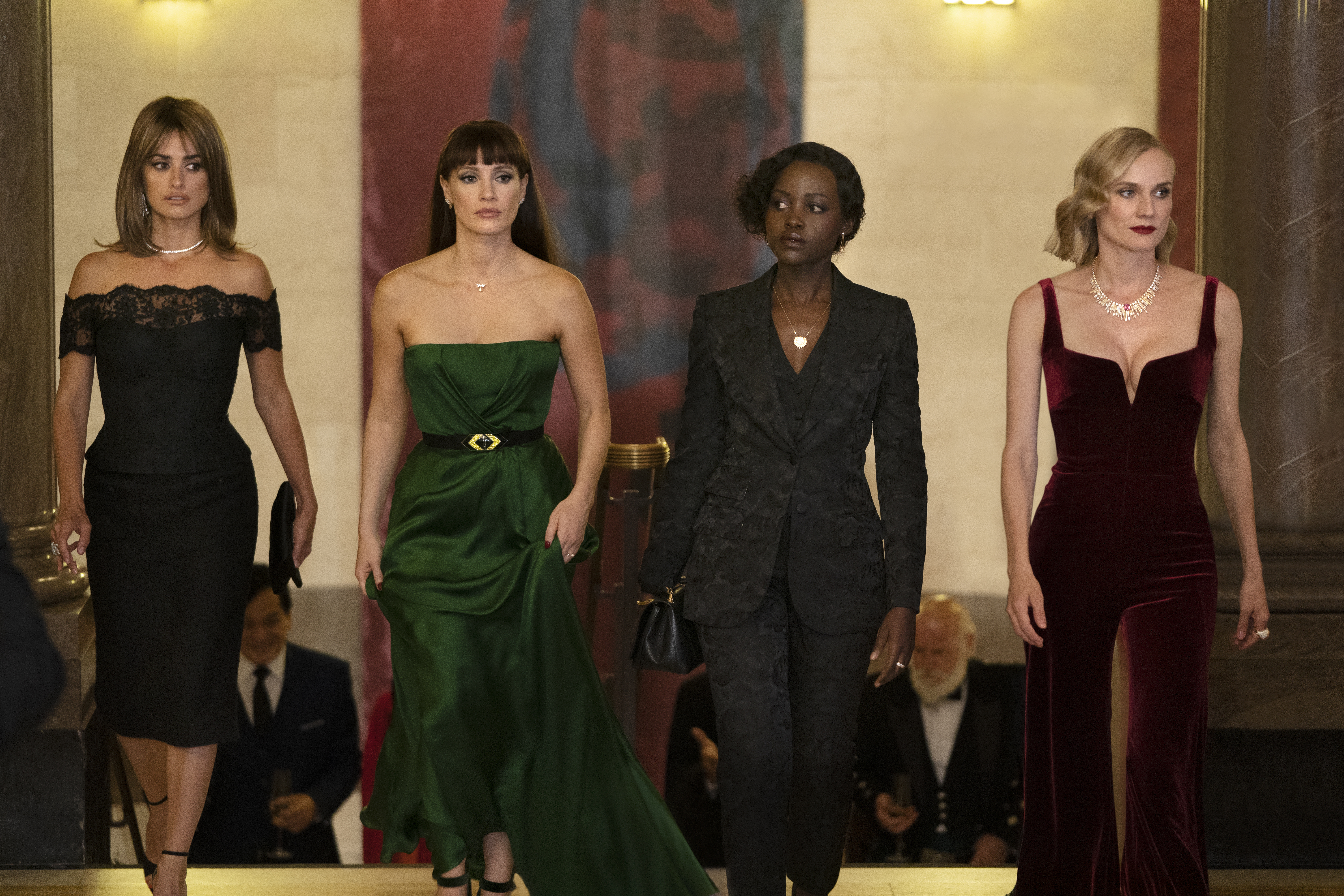 Fortunately, telling various intelligence agencies that you’ve got a world-killer in your back pocket and you’d just love to sell it inevitably draws some attention, and soon those same agencies are sending out agents to snap it up. One such: the CIA’s Mason “Mace” Browne (Chastain), a get-it-done Type A killer whose entire life is her job. The first time we see her, Mace is literally kicking some guy’s ass, and while “The 355” makes the compelling choice to not set up any of its various leading ladies as infallible killing machines (one of its smarter twists on the spy formula), it does make it clear: this is all she’s got. Oh, and also her handsome partner Nick (Sebastian Stan), who just might be using their mission as an excuse to take their relationship to the next level (or…is he?).

Mace and Nick’s easy-peasy swap with Luis goes topside almost immediately, with Kruger’s wily German agent Maria interceding and running off with their (apparent) quarry, Nick running afoul of one of the film’s many bad guys, and leaving Luis at loose ends (and in need of a visit from Penelope Cruz’s Graciela, a sort of psychologist to the Colombian agency elite). The result is classic spy thriller biz: an overly convoluted plot (basically, this two-hour-plus film is about a bunch of smart people routinely losing, then getting back, then losing again a world-destroying weapon) gussied up with ace action sequences. Kinberg wisely puts the premium on hand-to-hand combat and foot chases — Chastain and Kruger giddily going at each other twice before the film has even reaches its midway point — and utilizing only a handful of gadgets to make things pop. 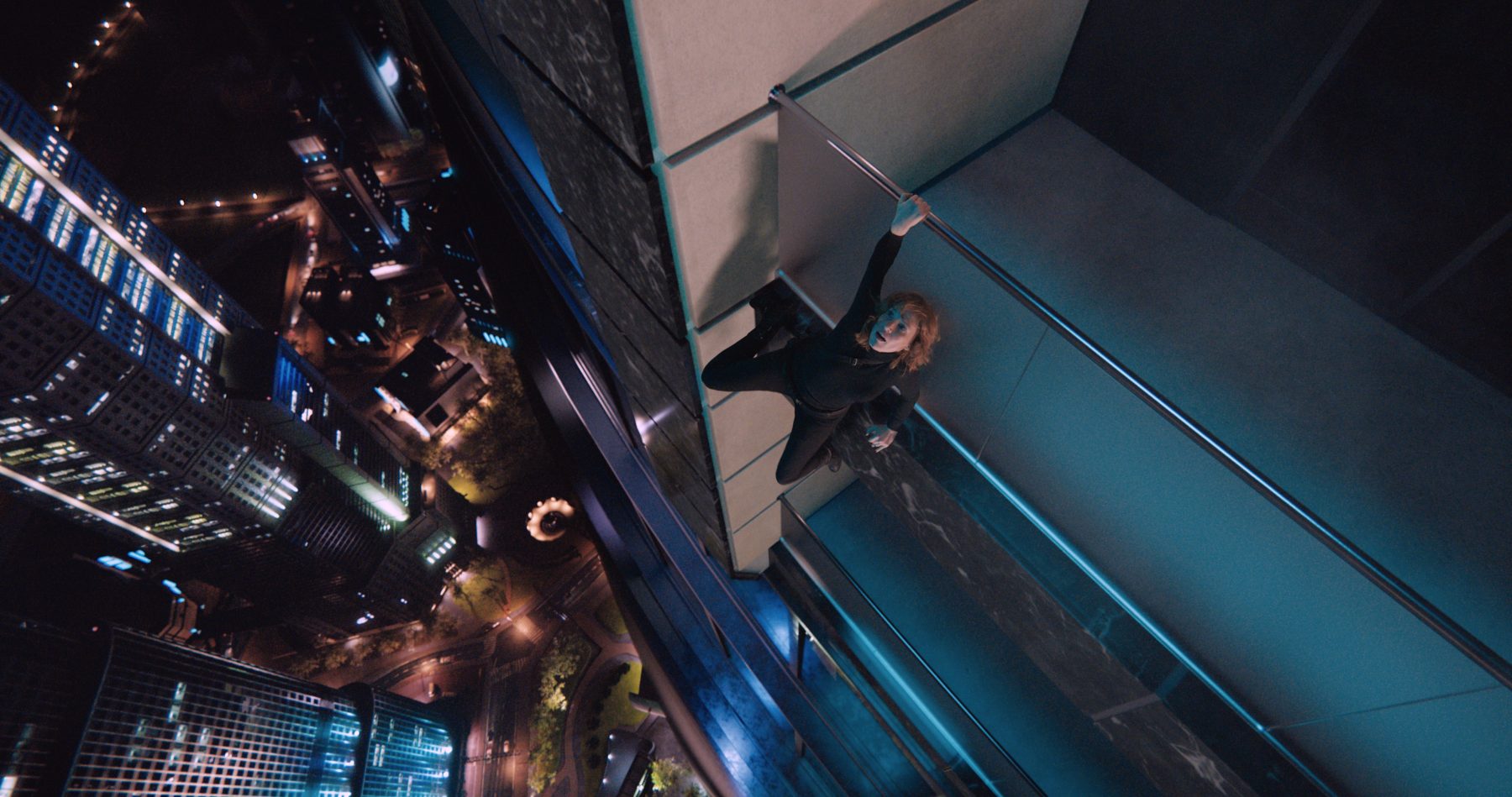 That all the women of “The 355” will eventually come together is obvious — Mace soon taps old MI6 friend Khadijah (Nyong’o) for her computer smarts, just as Maria and Graciela soon realize they can’t trust their old comrades, while Bingbing’s Lin Mi Sheng arrives late enough in the game to change it all — though Rebeck and Smith certainly take their time getting there. And while that results in a bloated running time and somewhat unconventional pacing, it does allow more space to get to know the characters at the center of the film and to revel in their delightful chemistry. The emotional stakes are big, though it does rankle that each of the women is suffering from some form of heartache at the hands of a man (a partner, a father, a son, a husband, a coworker, etc.).

And still, the film mostly resists being heavy-handed with its messaging (it’s not anti-man, it’s just anti-bad man) until its final moments, eager to tie things up in a too-tight bow. When “The 355” is really kicking down doors (and kicking asses to boot), it’s not transparently trying to deliver on some flimsy girl power message, it’s actually conveying it though solid action and stellar performances. There’s no question each of the women of “The 355” is capable of delivering on the general promise of making a “good spy thriller,” and that doesn’t mean its more progressive elements need to be the marquee draw. They’re not. Instead, it’s talented stars offering up a fresh actioner made on its own terms. Isn’t that more of a punch?

A Universal Pictures release, “The 355” will be released in theaters on Friday, January 7.