The 5 worst matches in Married at First Sight history 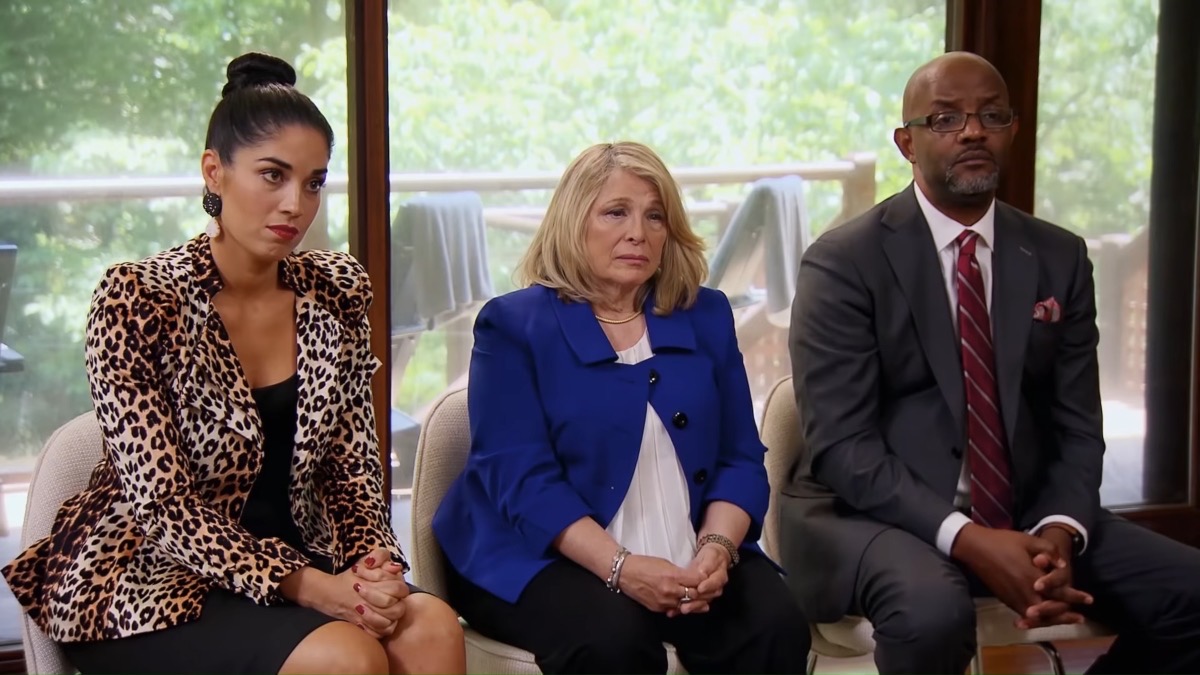 Married at First Sight takes the dating show genre to it’s most extreme.

Not only are these couples forced to spend weeks on end together, but their connection is also legally bound with a marriage certificate.

The experts have had some success as the franchise has produced nine successful couples and five MAFS babies.

However, the failures prove to be just as memorable as the success stories.

Here is our list for the five worst couples in Married at First Sight history: 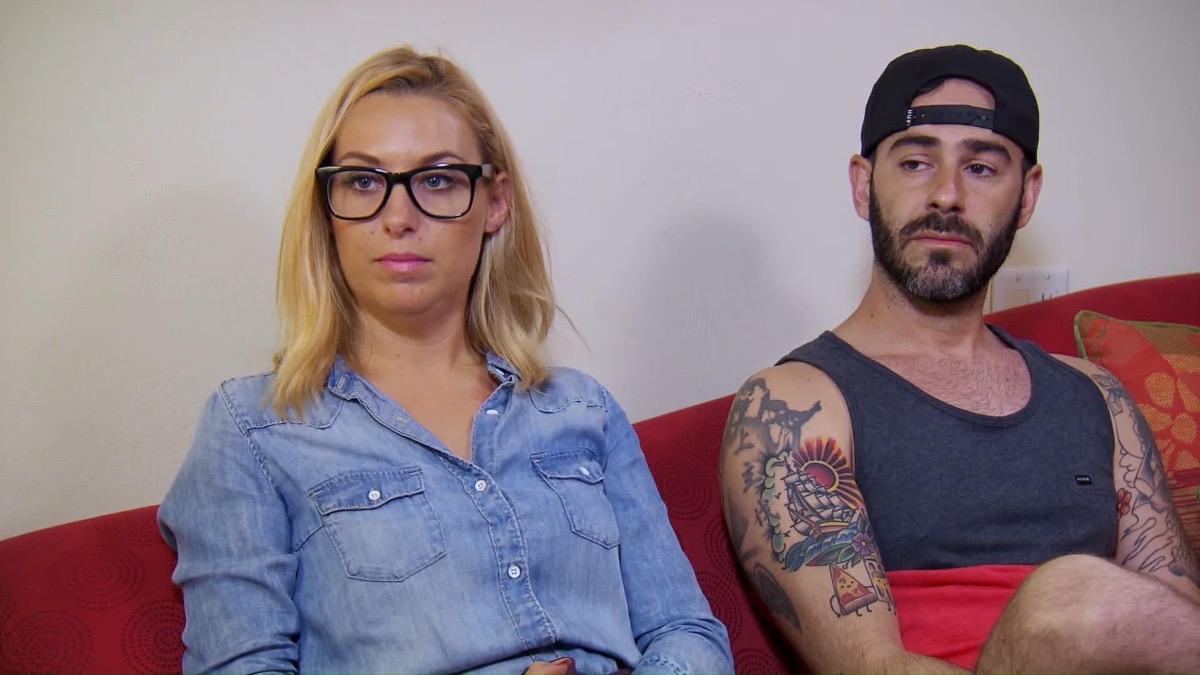 Five days into the marriage, this couple was already fighting about who had the worst substance abuse problem. Season 4 in Miami gave us the shortest marriage in MAFS history.

Although their physical connection looked promising at the wedding, the account executive and the flight attendant got into heated arguments just days after getting married. From her drinking to his smoking, the red flags for this couple started on the honeymoon.

Heather admitted, “If I was just dating this person, there’s no way I’d go out with him again.”

This couple didn’t just have problems being married – they had trouble simply just getting to know each other.

They both agreed that after spending one week together that the experiment was a mistake. 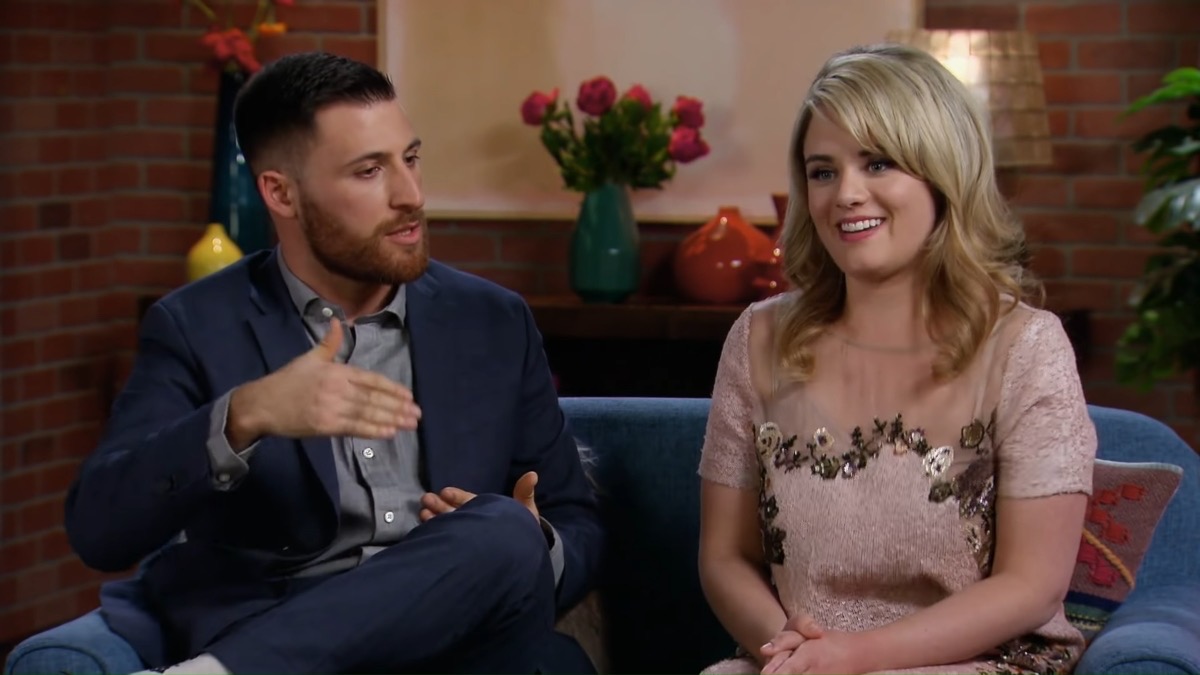 Usually, the experts advocate for saving marriages, but in this case, they agree this couple is “healthier apart.” The 28-year-old hotel marketing specialist was paired with the civil engineer during the Philadelphia season of the show.

Attraction proves to be one of the things the experts can’t predict. Although not every connection is sparked immediately, Luke admitted he was disappointed as soon as she walked down the aisle.

Kate struggled with the lack of intimacy in the marriage. When she finally convinced him to be intimate, Luke revealed he felt repulsed by her. She offered divorce early on to where he declined because he “cared about her.”

Luke pressured her to lie to production and keep their intimate marriage details a secret. Kate fought for the marriage but Luke struggled with being honest with himself all the way up to the finale.

From abandoning her on their one month anniversary to telling her that he made her feel dead inside, viewers cheered Kate on as she focused on her happiness rather than let Luke affect her.

At the reunion, Kate speculated that the reason he’s not attracted to her stems from a different reason. She noted that his Facebook profile revealed his interest in men and women.

Luke explained that a friend from college thought it would be “funny” but viewers aren’t buying it. 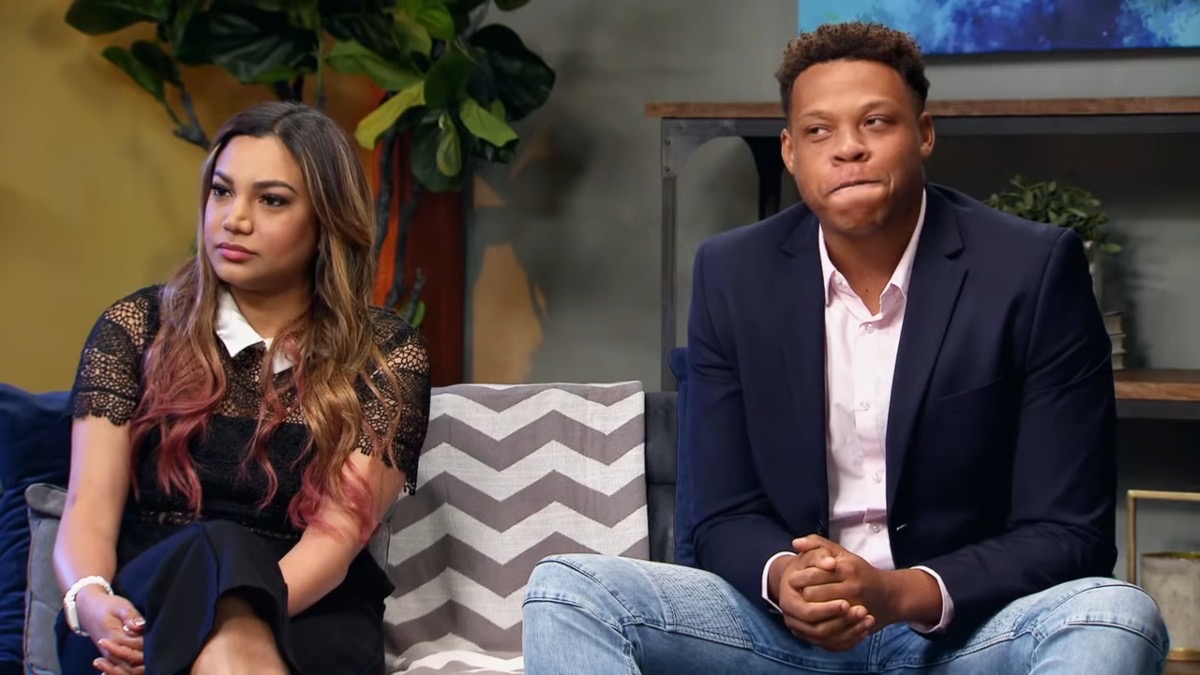 Although Season 7 had its success story with Danielle and Bobby, that wasn’t the case with this couple.

Tristan couldn’t help having trust issues from the start of the marriage. One of the most memorable moments in MAFS history was Mia being detained for stalking and fraud charges on the way to their international honeymoon.

Although she convinced her new husband that it was a case of mistaken identity, the arrest warrants were valid and were issued the day after Married at First Sight background checks were completed.

Tristan was able to get over their nearly two-day detainment, but Mia’s character was questioned again when a friend saw her photo on a dating app.

Although the couple decided to stay married on decision day, this marriage didn’t last long. The two ended on bad terms and were both very vocal about the separation.

The couple ultimately filed for divorce later on that year, citing insupportably as grounds for the divorce. Tristan is now expecting a child with his new wife, Rachel White. 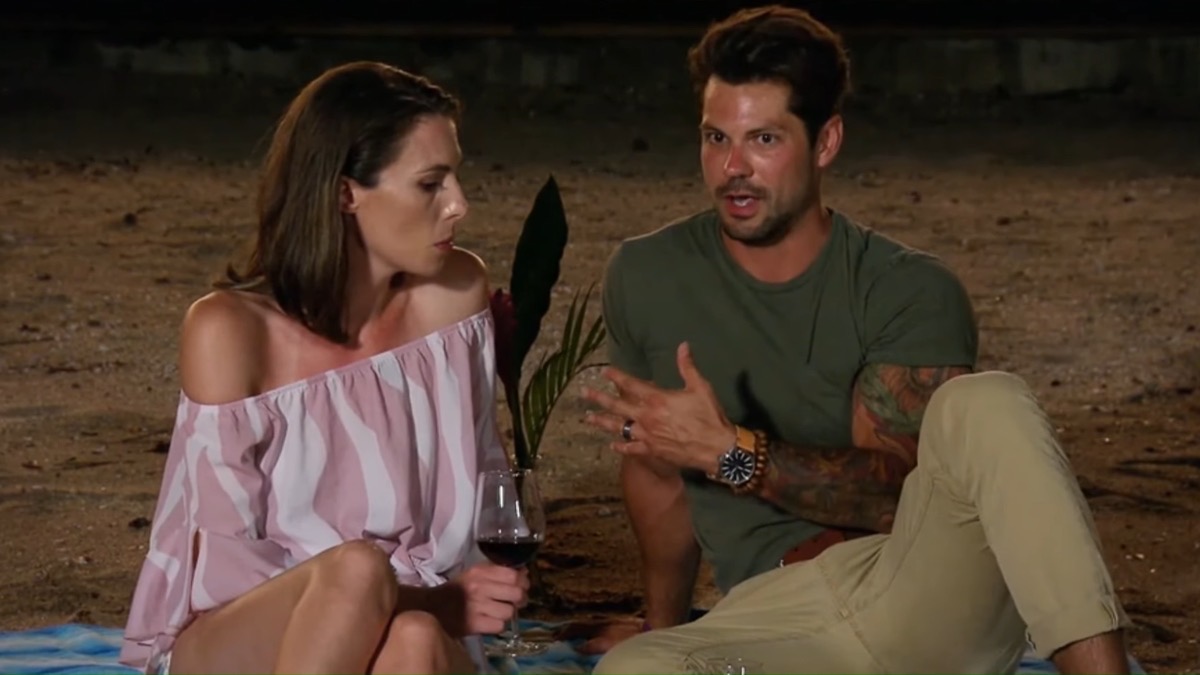 Although he swept her off her feet at the wedding, this marriage started to crumble just days later. Zach Justice is one of the most hated villains in Married at First Sight history. This couple had a tumultuous relationship and didn’t even make it to decision day.

Season 10 took us to Washington D.C. to find out whether the personal trainer and the figure skating coach could make a marriage work. He told her early on that he was having trouble building an attraction to her.

A major part of the experiment is living together to see if the marriage can work with their daily lives. Zach claims he was committed to the process, but his actions proved differently as he refused to move in with Mindy.

Although he had trouble finding his interest in Mindy, he found it in her friend Lindsay.

Her husband and her friend both happened to delete their mutual text messages, but Mindy was still willing to give the marriage a chance. It wasn’t until she continually caught him lying about the relationship with Lindsay that she was ready to let go of the marriage.

All the way up until the reunion, Zach had a talent at talking in circles and only further confusing his partner and viewers.

Viewers agree that Zach didn’t put the effort into the relationship and was in it for the publicity. 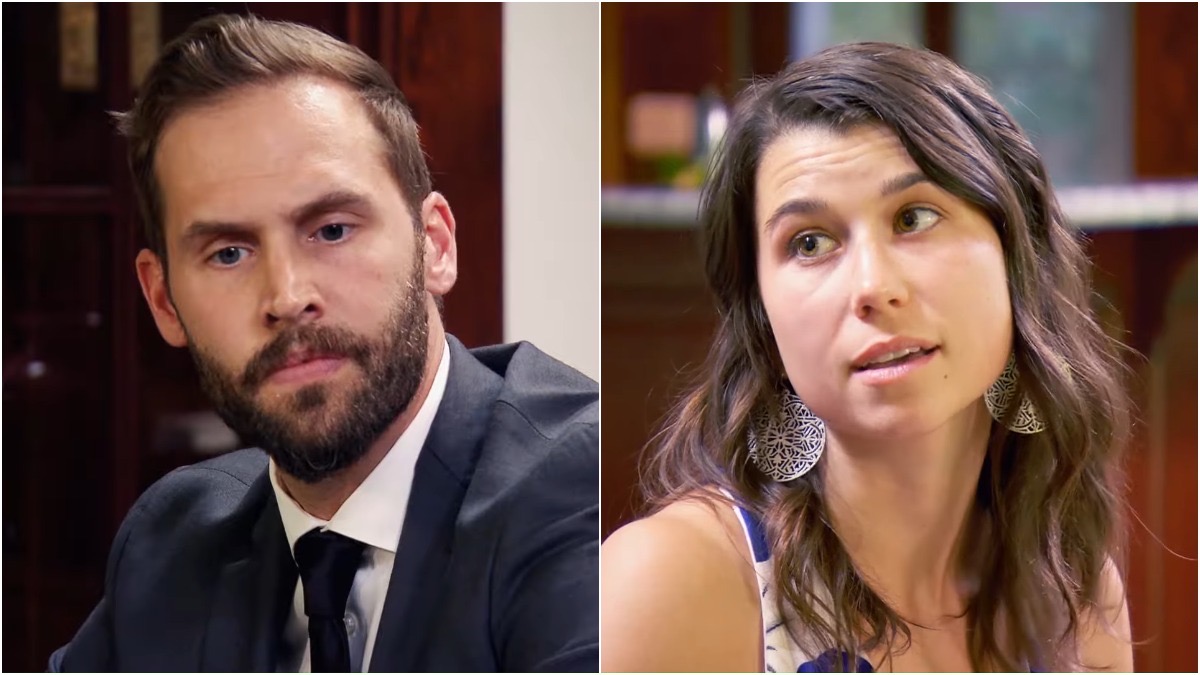 Matthew Gwynne admitted he knew the marriage between him and Amber Bowles wasn’t going to work within 15 minutes of meeting her. The ex-professional basketball player and the middle school teacher were married at first sight in Charlotte, NC.

The honeymoon went relatively well, but normal life is when the problems started.

Matt would often not come home, which would trigger her abandonment issues. He tried to say it was to give her space when in reality, he was seen drinking with his friends.

The educator was mortified at her place of employment when it was revealed that Matt was messaging other women for dates.

Right before decision day, a close friend of Amber was able to confirm that Matt left a local bar with a woman. It is speculated that Matt stepped out on the relationship with Amber multiple times.

It was no surprise when these two called it quits on decision day. Since decision day, Matt has gone back to playing basketball overseas and Amber has fostered a dog.

Married at First Sight airs on Wednesdays at 8/7c on Lifetime.