The Chase host Bradley Walsh welcomed four new players to the show on Friday evening; Ruth, Pete, Dan and Jade. All four were hoping to win some big money but things didn’t get off to the best of starts when both Ruth and Pete were caught in the head-to-head round against chaser Paul Sinha.

When Dan took to the podium, he managed to win a respectable £5,000 and successfully outrun the chaser in the head-to-head round.

Jade followed and won £7,000 before smashing Paul in the head-to-head and joining Dan in the Final Chase.

Both were warned they’d to answer correctly and they managed to get 18 steps ahead of the chaser.

Bradley explained in order to win, they would have to hope Paul would answer a few questions incorrectly. 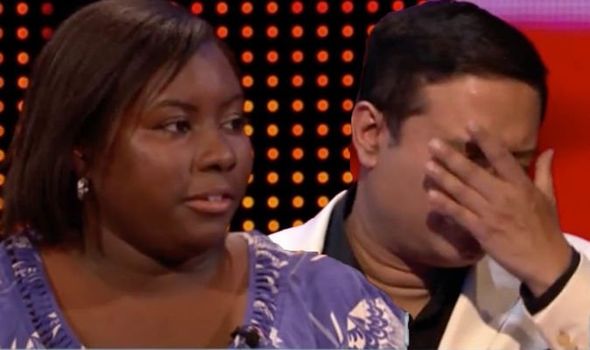 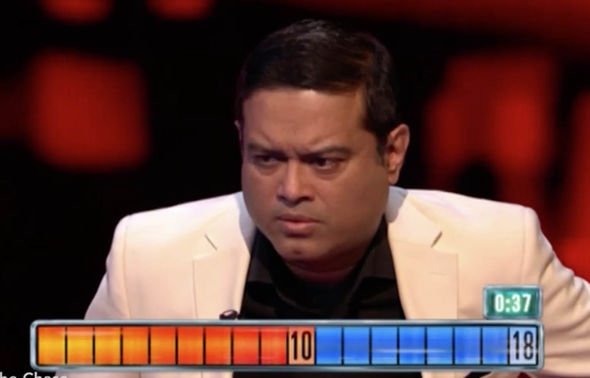 Fortunately, the duo were given the chance to execute four pushbacks and they answered three correctly.

They went on to win the Final Chase after Paul made an error about the number of queens there have been in the 20th Century.

He was asked: “How many Queens ruled the UK during the 20th century?”

Paul replied: “One,” before putting his head in the hands. 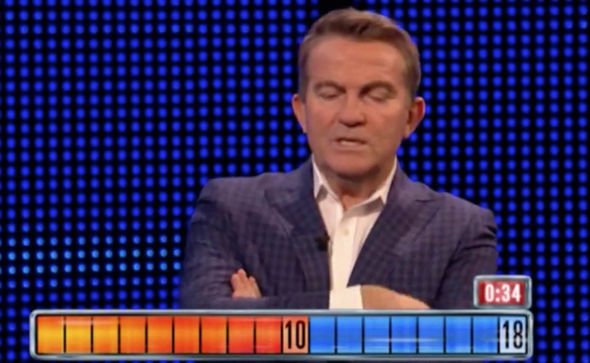 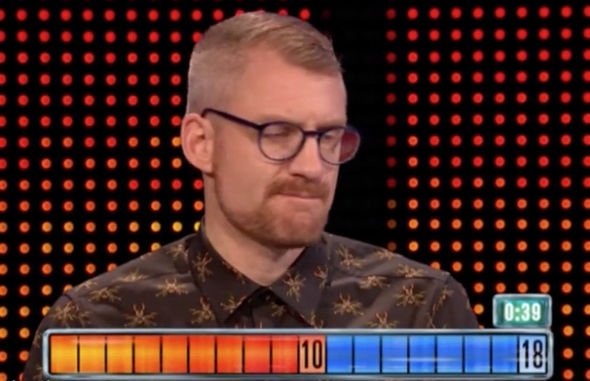 Realising he was wrong, the duo went on to answer correctly, telling Bradley: “Queen Victoria died in 1901 so it’s two.”

Paul went on to run out of time and was unable to catch up with the team meaning they would go home with £12,000.

Fans rushed to Twitter to congratulate the pair with many thrilled by Jade’s performance.

“Love it when they win on #TheChase (unless one takes a minus offer obviously). Jade was brilliant,” one fan tweeted.

Another shared: “Impressive performance from Jade. I think I’m a little bit in love! #TheChase.”

A third posted: “Love it when just two contestants smash it up in the final. Good stuff. #TheChase. Now for #Houseofgames.”

“Jade was brilliant and deserved the win #TheChase.” someone else wrote.

A fifth continued: “Have to say well done team. Really didnt fancy their chances. Congrats & all that. #TheChase.”

On Thursday’s episode of The Chase, Bradley Walsh left one player startled when he shouted at her unexpectedly.

When Bradley announced her cash builder was over, contestant Amy revealed he’d made her jump.

Teasing her further, Bradley shouted: “Time to face the chaser!” which made her jump again.

“Don’t do that,” Amy shouted back with Bradley apologetic.

The Chase continues weeknights on ITV at 5pm.