The Chase: Rylan Clark-Neal devastated as he loses huge £99,000 jackpot

Tonight, Bradley Walsh was joined by four more celebrities as they took on Anne Hegerty in a bid to win money for their chosen charities. The special version of The Chase saw the players fight it out to make it through the Final Chase. However, tonight saw Rylan Clark-Neal fail to do so as he lost a huge £99,000 jackpot.

However, only two of the celebrities managed to make it past their head-to-head rounds tonight.

Earlier on, Rylan Clark-Neal was left gutted after he lost a huge jackpot in his head-to-head with Anne Hegerty.

It was Rylan’s second time on the popular quiz show this evening as he confessed he would “never forget” the question that made him slip up in his previous appearance. 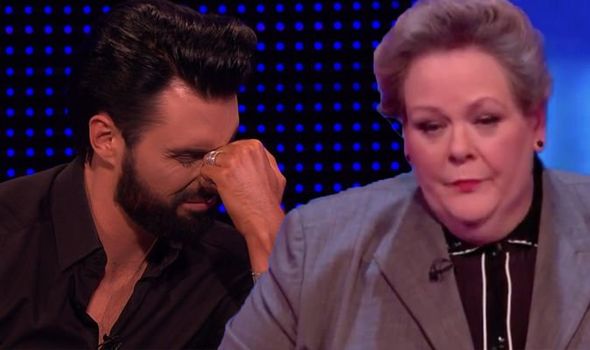 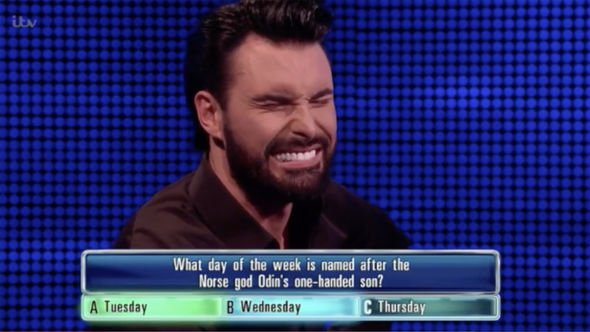 “The Vienna boys choir are dressed like what?” he explained to Bradley, before noting he panicked and pressed the wrong button whilst insisting he knew the correct answer.

However, he was back for a second time this evening, but failed to make it through to the Final Chase again and ended up losing a whopping £99,000.

He was the only one of the celebrities to choose the higher offer this evening, telling host Bradley Walsh “that’s the kind of person I am” after going for the huge sum.

“If you go out, you go out – you don’t get many second chances at this,” he added.

However, he was stumped as a question posed to him asked: “Which day of the week is named after Norse God Odin’s one-handed son?“ 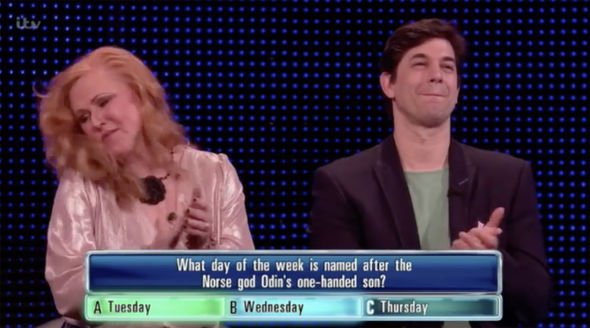 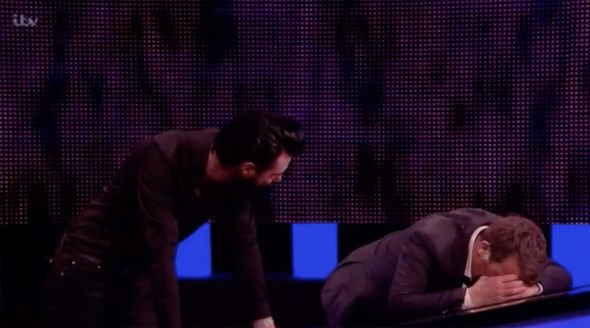 Rylan chose Wednesday, which was quickly revealed as the incorrect answer.

Rylan said to Bradley after realising his probable error: “Oh it just ain’t meant to be Brad.”

The host replied: “You have to come back again!”

As Bradley asked Rylan if he thought Anne knew the answer, he quickly left the audience in stitches, by saying: “She loves a bit of Odin, she went to school with the one-handed son!”

Anne then joked: “Who do you think bit his hand off?”

The Chaser answered the question correctly leading to Rylan being caught with viewers taking to Twitter as they were gutted after the TV favourite was unsuccessful.

One said: “Ohhhh @Rylan gutted for you on #TheChase… was crossing everything for you to get through and win £99k.”

Another added: “I hope @Rylan will be third time lucky on #TheChase.”

A third wrote: “Need to find out where @anne_hegerty will be tomorrow so I can follow her around booing. Why couldn’t you let @Rylan through??!! It’s for charity. #TheChase.”

It was Carol and Adam who made it to The Final Chase this evening as the managed to get 15 steps ahead of Anne.

Anne warned: “It’s one of those banana scores, I could slip up and look an idiot.”

However, she caught them with 15 seconds to spare as they lost their £9,000 jackpot.

“I’m always relieved when I caught one no matter how low it is,” Anne concluded.

The Chase returns on Monday at 5pm on ITV