Bradley Walsh welcomed a host of quizzers on to tonight’s episode of The Chase who all hoped to beat the Chaser to take home their share of the jackpot prize. However Jenny Ryan couldn’t resist taking a cheeky swipe at the ITV presenter after a question amused her.

The first contestant to face the Chaser earned an impressive £6,000 in his cash builder round before securing his spot in the final.

However Steve didn’t have as much luck and was caught by Jenny during his head-to-head.

Marilyn took on Jenny after securing the same amount of cash as Will and seemed to be doing better than the quizzers before her. 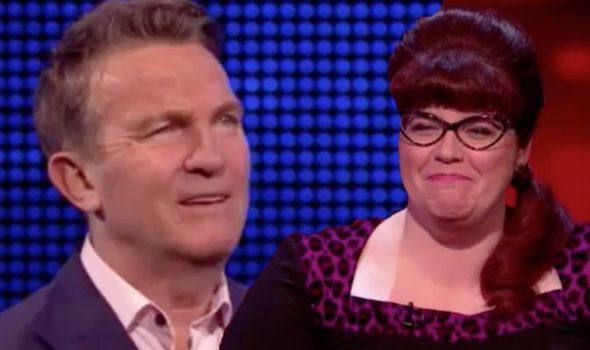 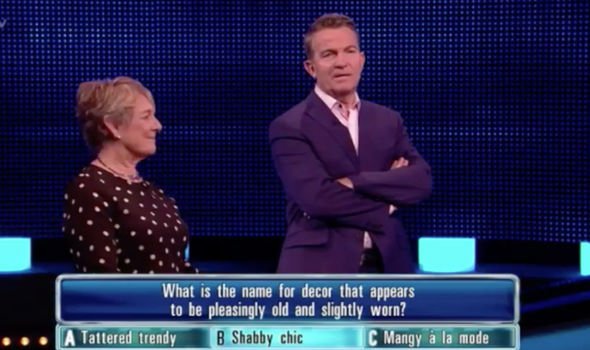 However one of the questions Marilyn and Jenny were asked left the Chaser in a fit of giggles.

Bradley said: “What is the name for decor that appears to be pleasingly old and slightly worn?”

Once the right answer was revealed the Chaser started laughing, interrupting Bradley as he tried to move on to the next question. 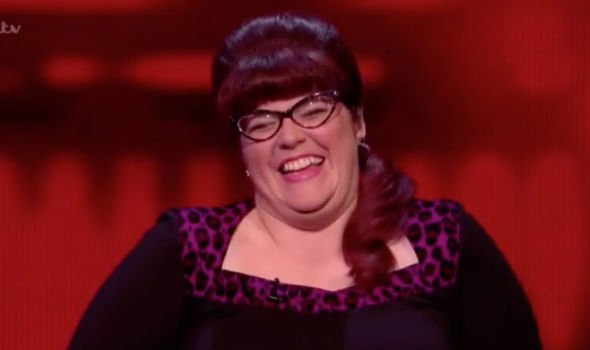 “What you laughing at?” The Chase host questioned.

“Something pleasingly old and slightly worn reminds me of something…” Jenny replied.

As quizzing hopefuls could be heard laughing, Marilyn said: “No can’t think what that would be.”

Realising Jenny was playfully making fun of him, Bradley turned to the third contestant.

Referring to Jenny’s co-Chasers, he added: “They take the Micky out of me.

Bradley then continued on with the show and Marilyn went on to secure her place in the final chase.

The final contestant to face Jenny added £5,000 to the jackpot prize and made it through to the final.

However the team’s luck finally ran out and the trio were finally caught by Jenny.

Earlier in the week, Bradley was left pretending to be upset when Paul Sinha called out his incorrect response.

After Paul gave an explanation to why the host was wrong, Bradley hit back: “Why are you always so horrible to me?”

The Chase airs weekday evenings at 5pm on ITV.