The Handmaid’s Tale season 4: June Osborne ‘to die’ as creator teases fate ‘Do it again?’ Season four of The Handmaid’s Tale is just around the corner after a new trailer confirmed its release on April 28. When the Hulu series returns, June Osborne (played by Elisabeth Moss) will launch another attack on the oppressive state of Gilead, but will she survive her latest ordeal?

Series creator Bruce Miller has shared an ominous preview for the events of The Handmaid’s Tale season four.

A new trailer has recently confirmed former Handmaid June Osborne is alive after being shot at the end of the last season.

However, her quest will lead her into the heart of Gilead, the oppressive patriarchal state that ripped her and countless women of their freedom some years before.

With anticipation for the dystopian drama’s return to screens reaching its peak, showrunner Bruce Miller sat down with the Hollywood Reporter to tease the new season. 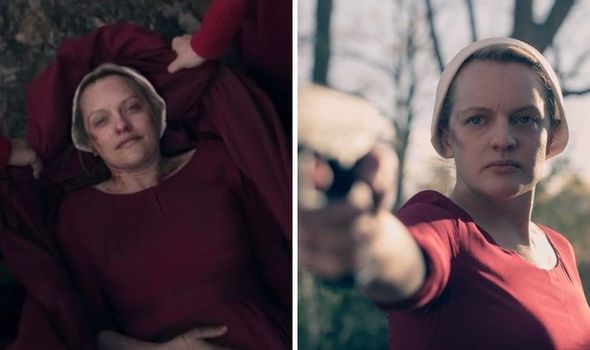 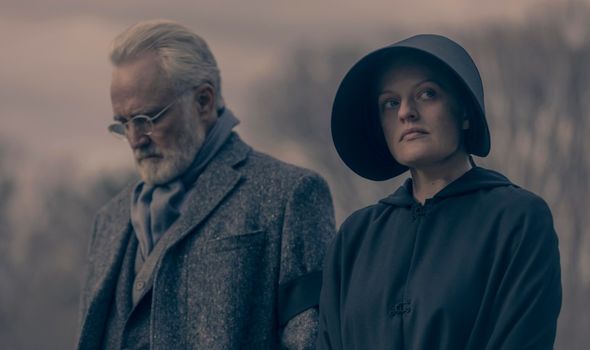 During the conversation, Miller suggested June will continue to put her life at risk as the war against Gilead’s regime starts to reignite.

He explained: “June is going into a very interesting world, she’s on the run, she’s got women with her who she feels responsible for.

“She’s also bleeding to death, basically, at the end of season [three]. June has a taste of freedom now, and we’re going to follow her.”

Miller went on and previewed what he promised to be a completely different take on the world of The Handmaid’s Tale next time round. 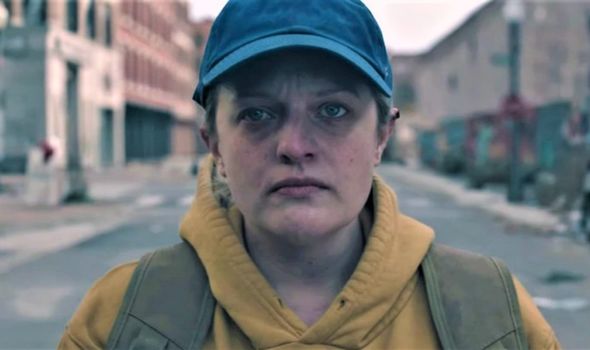 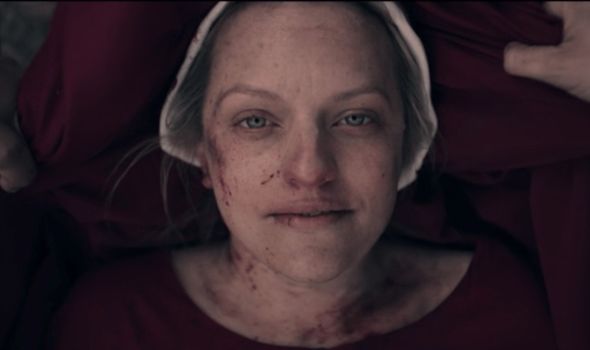 Rather than exploring her subservient life as a Handmaid underneath the likes of Commander Waterford (Joseph Fiennes), June will fully embrace her role as a rebellious freedom fighter in season four.

The latest footage from the upcoming instalment has teased the drama’s most action-packed chapter yet, with June once again taking centre stage.

Unfortunately, the series’ tenacious protagonist could also face dire consequences if Gilead catches wind of her plans with the underground resistance, Mayday.

After risking her life to smuggle 50 vulnerable children across the border into Canada, June was left on the brink of death when she clashed with a nearby guard.

Despite receiving a near-fatal injury at the end of season three, Miller warned June could be about to gamble with her life yet again in the coming episodes.

He continued: “It starts out with June having done this big thing that almost got her killed.

“What do you do after that? Do you do another big thing? This one almost got you killed.”

The new trailer suggests the show’s rebellious heroine will almost certainly make another daring move against Gilead, though her odds of survival are anyone’s guess.

Ahead of the season four premiere, The Handmaid’s Tale was renewed for a fifth season as well as a sequel series based on Margaret Atwood’s The Testaments.

However, it remains unclear whether series lead Elisabeth Moss will be returning after what promises to be a climactic fourth season.

The Handmaid’s Tale could be about to take it’s biggest risk yet, but fans will have to wait until season four concludes over the summer to find out June’s fate.