Bachelor Nation is in the middle of a revolution. After photos of current Bachelor contestant Rachael Kirkconnell attending an antebellum-themed plantation party went viral, both fans of the show and members of Bachelor Nation have been enraged at the franchise. Matters only got worse when host Chris Harrison defended Rachael’s past actions in an interview with Rachel Lindsay. As a result, past and present contestants have been coming forward to praise Rachel and condemn the franchise, with the most recent group being the men from season 16 of The Bachelorette.

Former contestant Brett Vergara posted a statement on behalf of the men from his season, which read:

This statement comes after Michelle Young, a current contestant on Matt James’s season of The Bachelor, posted a statement on behalf of the women participating in season 25: 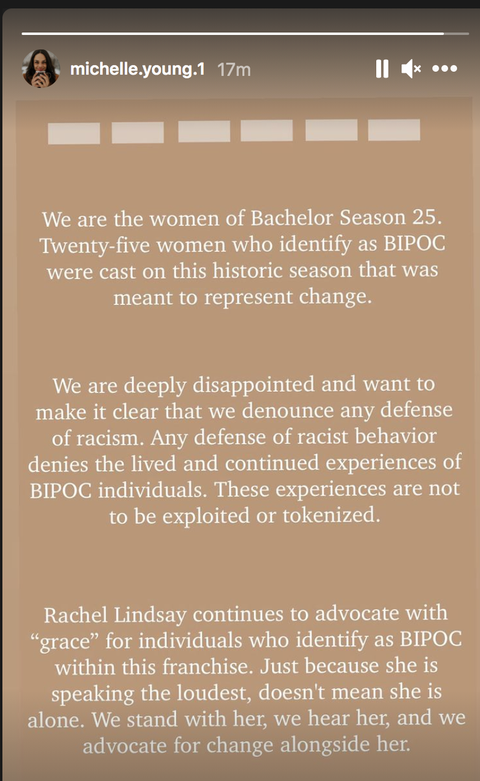 Following the backlash, both Rachael and Chris Harrison issued apologies about their choices, which you can read in full below: