Cedric the Entertainer’s Calvin Butler had some stiff romantic competition. In season 4 of the CBS sitcom, The Neighborhood, Jerome Bettis dropped by playing Tina Butler’s ex. However, The Neighborhood cast him because the script called for ‘the manliest football player’ and showrunner Meg DeLoatch name-dropping Bettis. 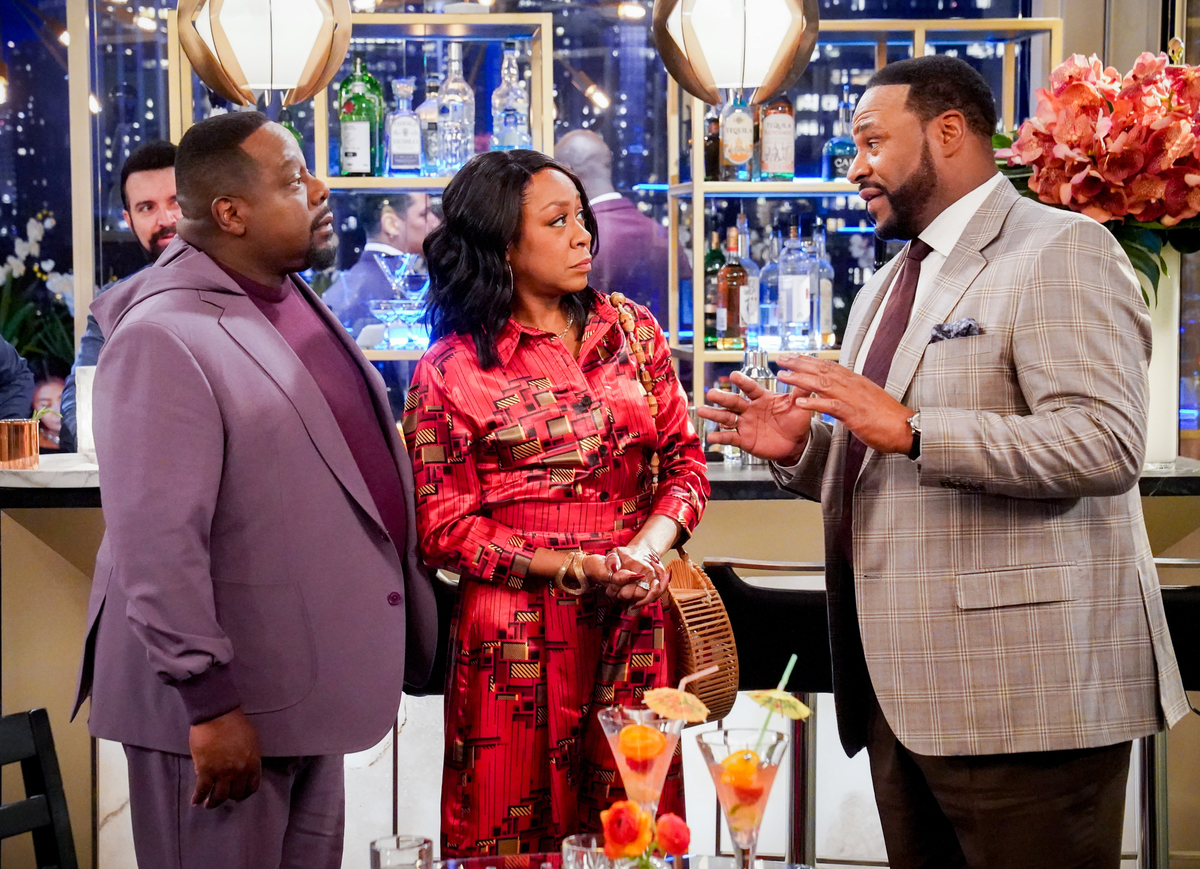 Many celebrity guest stars like Bettis on The Neighborhood stand as a sort of promotion, like Stan Lee appearing in The Big Bang Theory when the Marvel Cinematic Universe just started.

However, showrunner of The Neighborhood, Meg DeLoatch, said the NFL Steelers legend’s appearance did not come from a network directive to feature Bettis to better “promote the sitcom during CBS’s Sunday NFL games.”

“I’ll be honest with you, I don’t know a lot about sports,” she said in a phone interview with TribLive. “I don’t follow any team. I just was aware of Jerome as a charming football player that I knew could do more than just play football.”

Long before casting him on The Neighborhood, Meg DeLoatch met Bettis at Pro Bowl festivities in Hawaii through a friend who married NFL player Chester McGlockton. The meeting left an impression on her, and he came to mind while pitching the episode.

The role in the episode did not call for Bettis specifically. However, he was the first name that came to Deloatch’s mind for The Neighborhood’s Season 4 episode.

“[Bettis] had a lot of personality, and so when I was pitching the story, I always said, ‘Jerome Bettis,’ but I never thought I would get him,” DeLoatch said. “What the part calls for was, of course, the manliest of football players, somebody that this character, Calvin, would respect and love and geek out over.

The way Marcel Spears’ Marty, Sheaun McKinney’s Malcolm, and the rest of The Neighborhood cast built up Calvin, Meg DeLoatch knew his reputation would not allow him to swoon over anyone else.

“That’s just not going to be any old guy,” DeLoatch said.” Jerome was just perfect for that. We wrote it. And then casting was like, ‘Well, do you want to try to get Jerome Bettis?’ We were like, ‘Sure,’ never expecting he’d be willing to come on and do it.”

To her surprise, Bettis was more than happy to accept. Soon, he traveled to LA to shoot.

Jerome Bettis has been friends with Cedric the Entertainer for years

Meg DeLoatch might not have known that The Neighborhood Cedric the Entertainer and Bettis already had a connection. While Calvin Butler plays the fanboy in The Neighborhood, Jerome Bettis admitted his fanboy thoughts in real life for Cedric.

“I’m a big fan of Cedric the Entertainer,” Bettis said in a phone interview with TribLive. “We’ve been friends for years, so I definitely wanted to support him, and I’ve been a big fan of the show, so it was fun to get the request.”

Bettis went on to say that he watched former Steelers linebacker, James Harrison on Starz’s Heels. Seeing another football star and Steelers player break into acting served as a bit of a push for Bettis.

Then he mentioned that he might have an interest in pursuing more and bigger acting roles in the future. With such a positive experience on The Neighborhood, Jerome Bettis could always return for a second guest star appearance if all the pieces fall in place.