The One Show got a huge exclusive tonight as they welcomed McFly on to the sofa to discuss their recently-announced comeback show. However, it soon became apparent they had a little secret up their sleeve ready to reveal. But before they could drop their 2020 tour news, the hosts let it slip a little too soon.

However minutes before the band could let slip their much-anticipated news, hosts Matt Baker and Angela Scanlon discussed the new show with them.

After some instances of banter, Angela then brought it back to the comeback show.

She said: “So, we mentioned the comeback tour sold out in seconds…”

Angela then realised what she had said and attempted to correct herself. 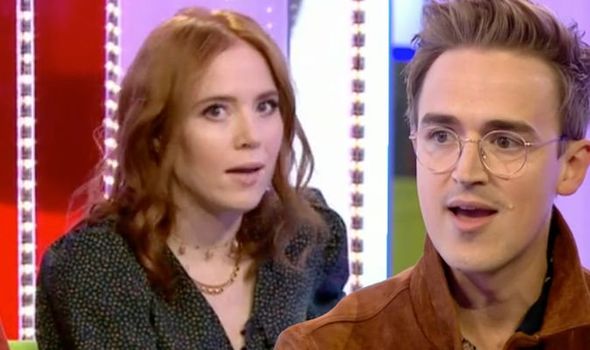 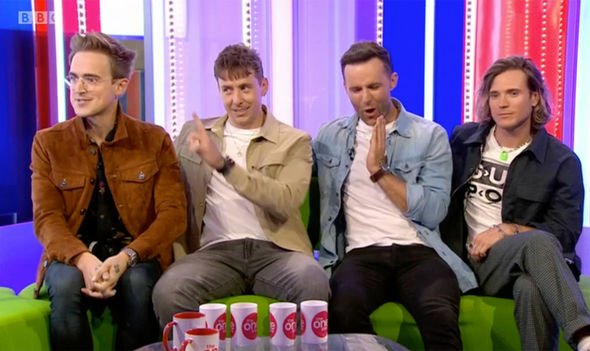 McFly all placed their fingers on their lips whilst yelling at her: “The comeback show! The show!”

Danny Jones chimed in to shush Angela quickly, cementing the fact they had something to announce.

Matt then asked the band if they had something to say, after which they revealed the aforementioned 2020 tour. 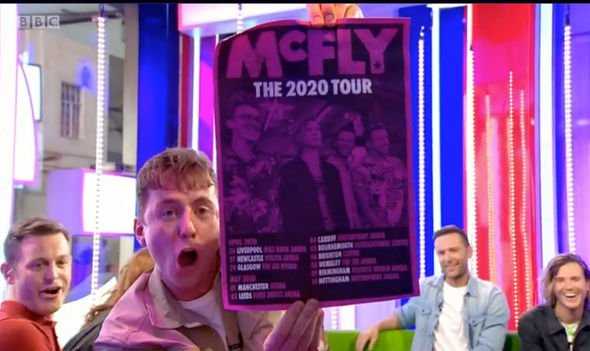 As the audience screamed in delight, Matt announced: “There you are, McFly are on tour!”

Fans of the show noticed the blunder, however, and began hitting out on Twitter about the mishap.

One wrote: “That [presenter] on the one show really ruined that didn’t she?? #mcfly #theoneshow.”

Last week saw Matt struggle with one of his guests after watching an informative video on the show.

After the clip he announced: “The British Red Cross and lots of others actually are campaigning for first aid it be part of the curriculum in Scotland, in Wales and Northern Ireland.”

Angelica chimed: “And after watching that I am going to go on a refresher course to know exactly what to do in an emergency.”

Alexander Armstrong went on to say: “It would just be brilliant. I’ve played doctors, I know how to act like a doctor.

“Is that the same? Will that work?” he joked.

While comedian Nish Kumar probed him: “Is it about confidence? Half of being a doctor is about being confident…”

To which Matt defended himself, saying: “No helping out in a situation of need is what I mean,” Matt defended.

The One Show airs weekdays at 7pm on BBC One.