Home » TV » The One Show: ‘I got it wrong!’ Mel Giedroyc red-faced over awkward Jill Halfpenny gaffe

The One Show: ‘I got it wrong!’ Mel Giedroyc red-faced over awkward Jill Halfpenny gaffe

The One Show hosts Mel and Matt welcomed Jill onto the iconic green sofa this evening to talk about new drama Dark Money, which is set to air on BBC Two later this year.

The series tells the story of the Mensah family, which is torn apart when their son Isaac reveals he was sexually abused by a famous Hollywood director.

Jill stars as Isaac’s mum in the drama and talk quickly turned to the roles she’s offered and which she chooses to accept.

It was then Mel made a slip-up when probing Jill about how the roles have changed as she’s gotten older.

Matt probed: “Is it very difficult for you to make decisions to go into this world of dark drama like that, when you’re looking at so many things, glittery stuff?”

“You see people on television going through such extraordinary things, on the news, or read something in the paper and you think, any actor, you think how much that feel, how must that feel to experience anything like that, to be going through that.

“So when your read a script like Dark Money, as an actor, you’re like please, I want to do this, I want to mine for those emotions.”

Mel went on to ask: “I think I’ve heard you say Jill that since you’ve hit your forties, that suddenly you’re being offered a lot more, would you say that’s right or is it that they’re more interesting?”

Jill appeared to be slightly taken aback by the comment before correcting Mel. 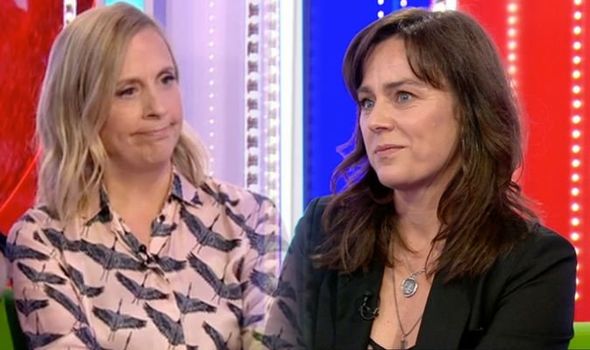 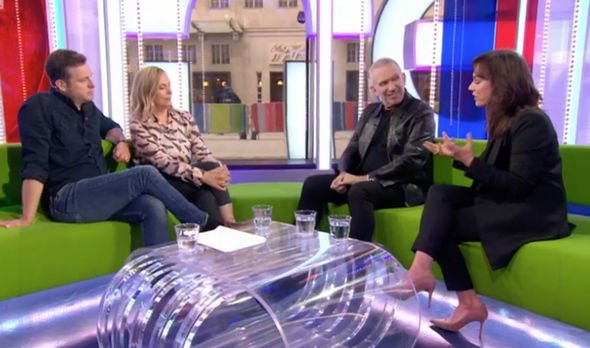 “I think it’s that they’re more interesting, I think that’s what I said, way back,” she corrected.

Mel quickly replied: “You did Jill, I got it wrong!”

“We’ll take about it later,” Jill hit back, clearly joking with the presenter.

“No, I think it’s just people just, as everybody gets more interesting as you get older but especially women, there’s so much more to mine for.

“I’ve just found the parts that have come to me since I hit the big 4-0 have been more interesting.” 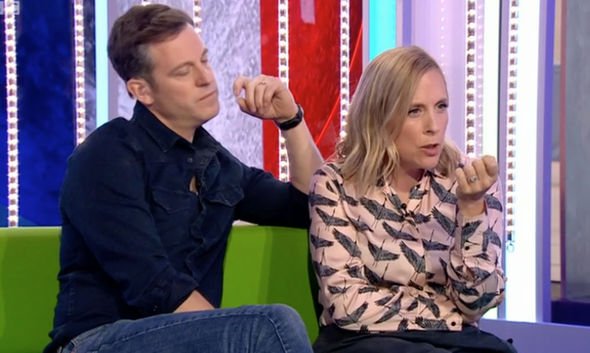 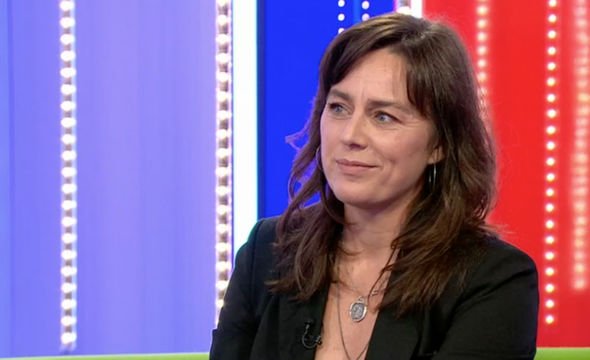 Last week on The One Show, stand-in host Angela Scanlon had to apologise after Richard Dreyfuss swore live on air.

The actor was chatting about working with Steven Spielberg when he made the slip-up.

He explained, the director once told him one of his film’s ending would have been very different if he’d had children.

“To that I say, bulls**t,” Richard explained. Angela quickly jumped in to apologise: “Okie dokie! Sorry about that little slippage.”

She leaned forward to tell Richard: “We’re not actually allowed to use that language at this time.”

The One Show airs weekdays on BBC One at 7pm.