The Pale Horse kicked off tonight inviting viewers into the dramatic life of Mark Easterbrook (played by Rufus Sewell) which seemed to take a supernatural turn. Mark suffers heartbreak when his wife Delphine (Georgina Campbell) is killed under mysterious circumstances before his name is included on a list found in the shoe of another dead woman. As the drama comes to a climax, writer Sarah has opened up on making some changes to the Agatha Christie classic.

After the death of his wife Delphine, Mark remarried with old friend Hermia (Kaya Scodelaria).

However, he soon became distracted as he sought comfort in the arms of other women – including showgirl Tommy Tuckerton (Poppy Gilbert).

But after a night together, she was discovered dead by Mark, who went on to leave her alone in her apartment.

The crux of the drama sees Mark questioned by police after a list is found in a dead woman’s shoe containing his name. 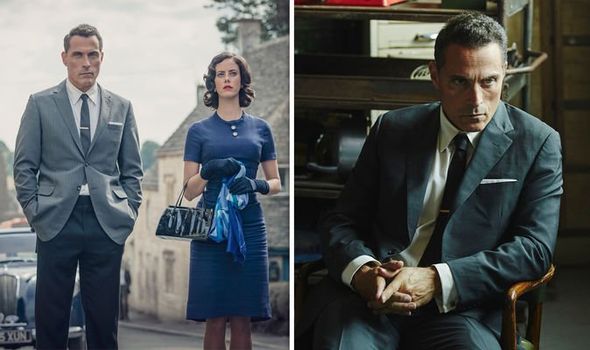 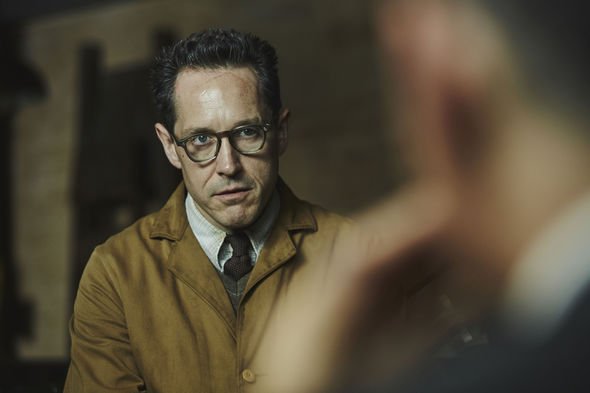 The antique dealer initially refused to believe there was something strange going on, despite the pleas of Zachariah Osbourne (Bertie Carvel), whose name was also on the list.

But by the end of the episode, the pair were the only two left alive on the list and Mark became suspicious of three witches who his late wife Delphine had visited in Much Deeping.

Next weekend will see the two-parter come to a dramatic conclusion as viewers find out who, or what is responsible for the strange goings-on surrounding a helpless Mark.

Now, writer Sarah has explained the twists and turns to come as the show returns next weekend hinting fans could see some major changes to the story. 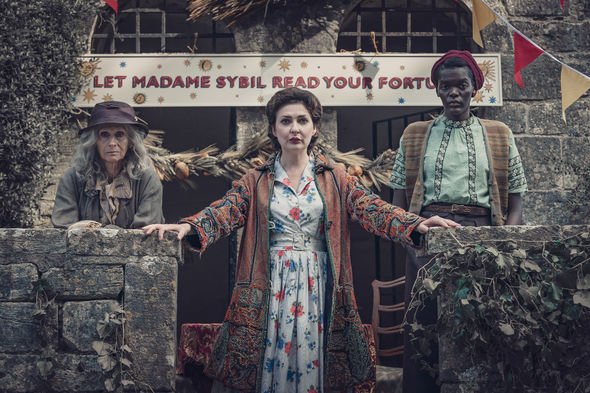 Speaking to Express.co.uk and other press, Sarah opened up about the difficulty of becoming “focused” on the idea of a twist.

“Everything’s got to be layered through your human emotions. Like why have you lied about this?”

Sarah explained how she tries to inject certain feelings of drama to make sure twists don’t come as expected.

DON’T MISS…
The One Show: Matt Baker leaves Rufus Sewell ‘disappointed’ [VIDEO]
The Pale Horse release date, cast, trailer, plot: When will it start? [INSIGHT]
The Man in the High Castle season 4: Will there be another series? [INSIGHT]

“So I never kind of go… I think it’s always that slightly kind of ugly thing of [gasps] the twist. And then what?

“Like in Witness for the Prosecution the twist was no, he’s guilty and then you feel like you’ve fallen off a cliff in the short story.

“So it feels like the twist is a fraud. But the thing that drives all of that, is it the human failings of the characters.

“It can’t just be the twist is what I’m saying, otherwise, people are just counters on a board that you move and that’s boring!

“What did they do? What tells them to be that kind of person?”

As viewers are none-the-wiser as to who might be responsible for Mark’s demise, will they finally get the answers they crave next weekend?