Home » TV » 'The Voice’: Is Blake Shelton Really the King of the Show?

'The Voice’: Is Blake Shelton Really the King of the Show?

One thing we’ve learned about Blake Shelton is that it’s sometimes impossible to tell if he’s joking or being serious when saying certain things on The Voice. Behind-the-scenes, there’s plenty of evidence he’s a down-to-earth guy who doesn’t want to start trouble with anybody. Even if his rivalry with Adam Levine was mostly reality show tactics, maybe there really is ego at play.

Shelton has recently proclaimed himself “king” of The Voice, mostly because his team has won so many times. When you look a little closer, he’s lost his streak over the last several seasons.

Looking into the ego of someone isn’t always a pretty picture, but what did Shelton really mean by his comments? His taunting of the other judges on being the top draw of the show is clearly a hint The Voice is very much a playground. 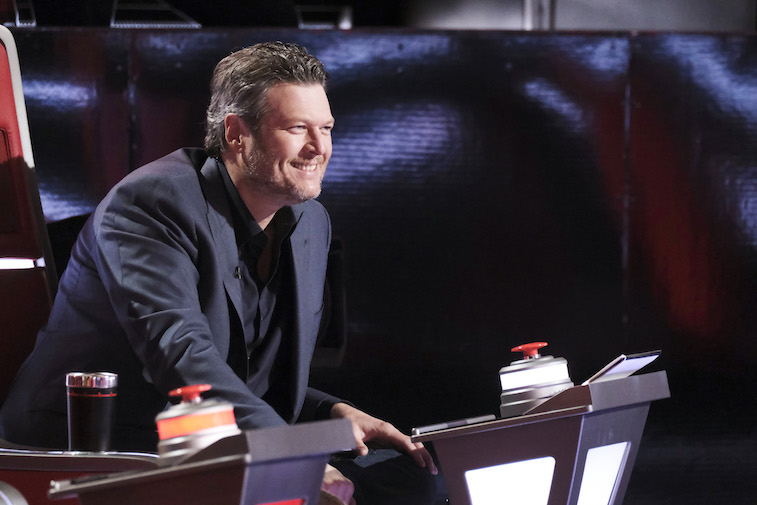 When NBC recently put up a preview video for the new season of The Voice, you could see Shelton saying he’s had the most finale appearances under his belt over any other judge. He’s half right since he is the only original judge to be on the show since the beginning. It only makes sense he’d have more wins based solely on 16 seasons.

Out of all those, the winner only occurred six times on his team. What we see there is a slight obfuscation of facts.

Of course, Shelton saying he’s the true king of The Voice is all for show, with maybe only a dash of seriousness involved. Some people who can’t see through the satire might take it overly seriously, though, and think Shelton is some kind of raving egomaniac.

Most people are probably astute enough to know it’s all reality show cheekiness, especially with the other judges countering Shelton’s brags.

In reality, Shelton has fallen behind wins since Kelly Clarkson became a judge

It only seems like yesterday when Kelly Clarkson joined The Voice as a judge, despite being over two years ago. Since that time, there’s been three seasons of The Voice, with the first two having Clarkson as the team winner.

She ultimately broke Shelton’s win streak, bringing possible envy than the kidding around we see in the promos. These judges do take their roles very seriously, and that’s a good thing in making sure all the contestants have the right mentors to help navigate singing careers.

After 16 seasons, however, it can probably start to become a competitive process on how many winners fall on a judge’s team. Perhaps after a while, it starts to become like the contest Bill Gates plays with fellow billionaires on who makes it to #1 on the Forbes list each year.

All the playfulness Shelton brings to The Voice surely does have a competitive streak deep down. He might have lost his streak after the newest judge won last year.

As Legend says himself in that above NBC promo video, he’s won the show once out of one year as judge (with Maelyn Jarmon). Winning right out of the chute is very impressive, likely having a lot to do with Legend’s supreme ear for finding the best talent.

Over time, this could end up causing more friction between Shelton and Legend than the likely pretend-fighting Shelton and Gwen Stefani are planning to do this season.

Unless there are aces up the producers’ sleeves in somehow orchestrating a win for Stefani to “create” discord between the couple.

Finding what the truth is in all the judge bickering on The Voice is mostly behind a giant curtain that reality shows have been giving us for almost 20 years.