The Walking Dead season 10: Is Virgil really a Whisperer?

The Whisperers have certainly made their presence felt on Oceanside and the rest of the communities in season 10 of The Walking Dead, in no small part thanks to Dante (played by Juan Javier Cardenas). Dante managed to infiltrate Alexandria and kill Siddiq (Avi Nash) while relaying information to Alpha (Samantha Morton). Following the secret Whisperer discovery, everyone is on edge and the introduction of Virgil (Kevin Carroll) had led to some fans suspecting he’s also part of the deadly group.

Is Virgil a secret Whisperer on The Walking Dead?

WARNING: This article contains spoilers from The Walking Dead season 10.

Suspicions that Virgil is working for Alpha were brought up straight away by Michonne (Danai Gurira).

After finding him lurking around Oceanside, Michonne was in no mood for pleasantries.

Along with Judith (Cailey Fleming), Virgil was held at knifepoint as he was interrogated by the TWD hero. 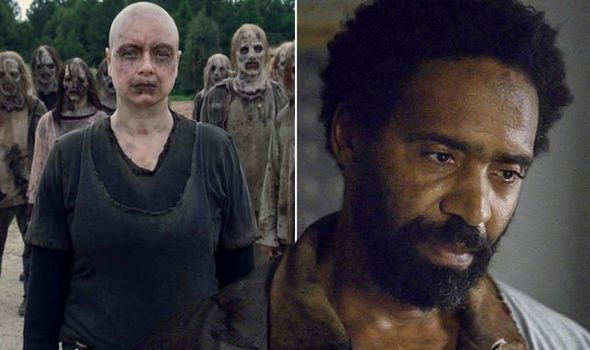 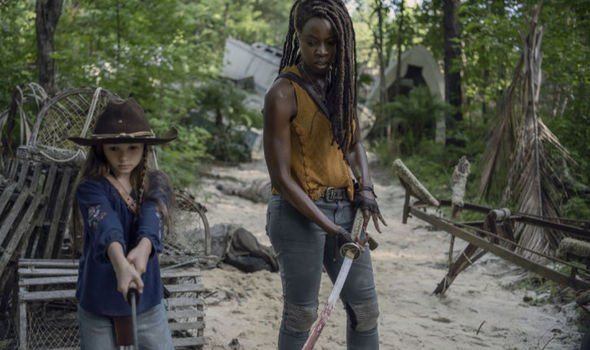 Michonne ultimately decided Virgil was indeed the man he said he was after he protested he was only looking for his family.

She even decided she’d travel with Virgil in the search for his wife and daughter.

However, not all TWD fans are convinced Virgil is quite as innocent as he seems.

One fan pointed out on Twitter: “Why didn’t Virgil say anything when Michonne said he might be a Whisperer? Instead he lowed his gaze like he was guilty? #TheWalkingDead” 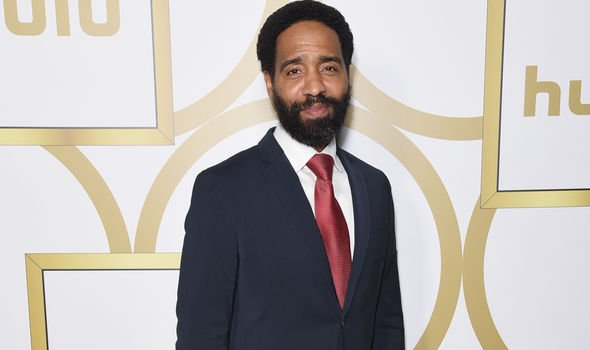 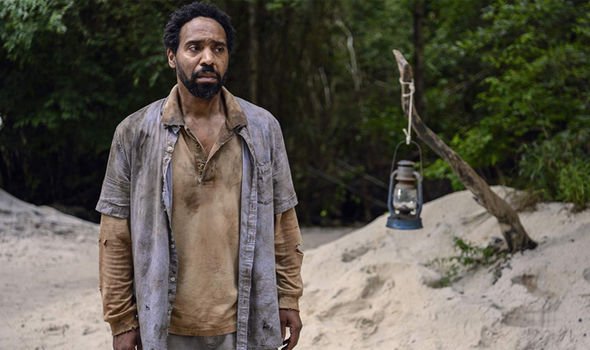 A second added: “So Michonne from #TWD will meet Virgil in this midseason episode huh… and we just saw Dante as a mole Whisperer… This smells fishy.”

While a third shared a comic-book still of execution and said: “If Virgil is supposed to be the good Whisperer or one we are supposed to like, what do you think the chances are this will be his ending?”

While there may be doubts over Virgil from TWD characters and fans alike, there are a few clues to suggest he isn’t part of the evil flesh-wearing gang.

For one, Michonne was shown travelling with Virgil via sailboat away from the mainland in order to search for his family.

It’s no secret the Whisperers are situated deep in-land, signified by the eery pikes on the borders.

Secondly, when the news Carroll would take on the role prior to the season 10 premiere, he was only described as a “new character” by AMC.

At the same time, Gamma (Thora Birch) was confirmed to be a Whisperer in the casting announcement.

While The Walking Dead is no stranger to defying the odds, would Virgil have been described this way if he was going to become a Whisperer in the final eight episodes?

The last argument suggesting Virgil isn’t actually a Whisperer is from The Walking Dead comics.

For 10 seasons now, the AMC horror has taken its narrative and influence from the graphic books of the same name.

However, Virgil doesn’t feature in the comic-books which means there is no precedent or backstory which suggests he is a Whisperer.

Fans will have to wait until The Walking Dead returns in February to find out for sure.

The Walking Dead season 10 returns to AMC in the USA and Fox UK in February 2020.