The Walking Dead has taken out its final walker with an epic season finale that had its fair share of deaths… and one surprising return you may have missed.

Chandler Riggs, who played Rick Grimes’ son Carl, was killed off all the way back in season eight. But that didn’t stop him from popping up in the final episode just for the fun of it. Warning! Spoilers ahead…

WATCH: Have you seen The Walking Dead finale?

At The Walking Dead’s season finale premiere at the Orpheum Theatre in Los Angeles, Chandler surprised fans by arriving on stage to join the rest of the cast. Speaking as part of the live recording of the aftershow, The Talking Dead, Chandler confirmed he was lurking in the background of one of the scenes.

“I was actually yeah,” the 23-year-old confirmed. “I wanted to come there and be there for the last day on set filming. I think it was Denise [Huth, executive producer], she grabbed me and was like, ‘go be in the background of the shot’.”

MORE: The Walking Dead star explains why she wanted that major finale death to happen

“So in one of the shots, I’m in the background the whole time,” he laughed. For those interested, Chandler appears in one of the final scenes at Hilltop, working as a farmer as Maggie discusses the future with Carol (Melissa McBride) and Daryl (Norman Reedus), with a cowboy hat and a maroon shirt.

Showrunner Angela Kang also discussed the blink-and-you’ll-miss-it cameo with Entertainment Weekly, explaining it was her idea, with director Greg Nicotero approaching the star, who originally joined the cast at the age of just 11. 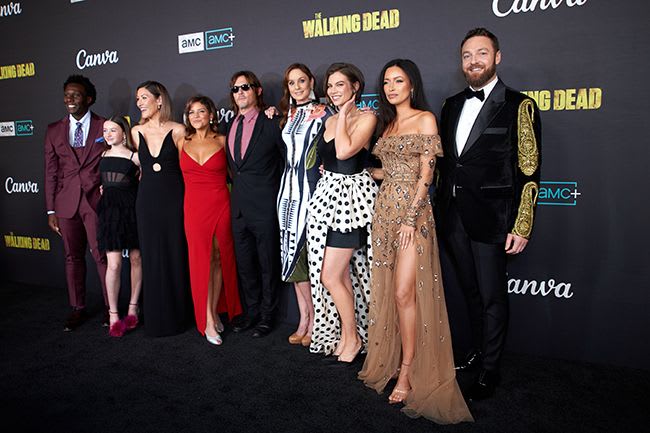 Have you watched the finale yet?

“I had such a good time hanging with him on set, and it was just really nice to see him,” she said. “And then they were doing these scenes and needed some extras, and Greg was like, ‘Well, you want to go for it? Get in there! Go get in the back.'”