Viewers are still waiting for release date confirmation for the final episode of season 10, A Certain Doom. As the wait for The Walking Dead continues, fans of AMC’s zombie epic have been treated to some huge reveals regarding a fan favourite main character.

Cast and crew of TWD have recently revealed some scrapped plans for the earlier instalments of the series.

Although the series deals with gruesome violence between humans and walkers alike, some earlier drafts of the script were considered too dark by the show’s producers.

One of the bleaker plot twists that ended up on the cutting room floor involved the unexpected demise of fan favourite recurring character Beth Greene (Emily Kinney).

A recent episode of the Talk Dead to Me podcast featured a revealing interview with another former TWD star, Lew Temple, who shocked fans by confirming the original backstory of his mysterious character, Axel. 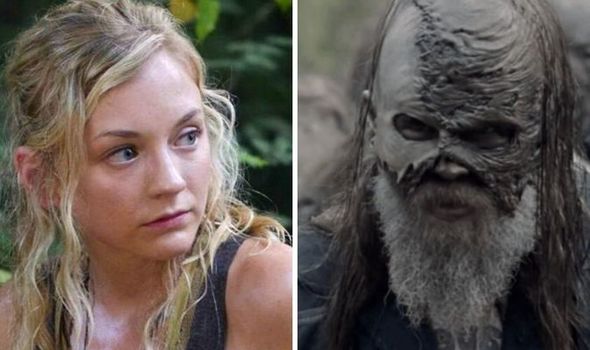 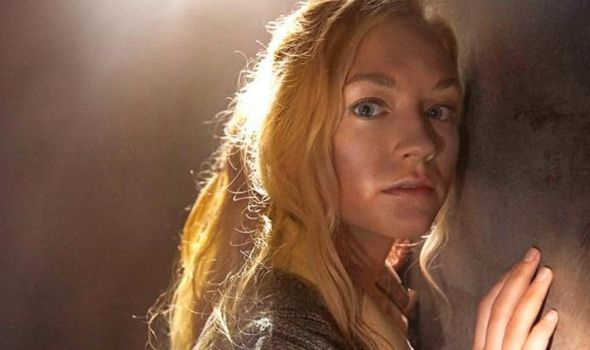 Lew revealed his character was originally intended to escape and murder the sister of Maggie Rhee (Lauren Cohan), years before she actually met her grisly end in the series.

He said: “There were some episodes that were written where I do take Beth out into the woods and slaughter her.

“And so we didn’t get to any of those. That was why I kept buttoned-up [in costume], he was gonna come undone and be totally Henry Rollins tattooed.”

Beth later met her end in season five, when she was accidentally shot after an altercation with Dawn Lerner (Christine Woods) got out of hand. 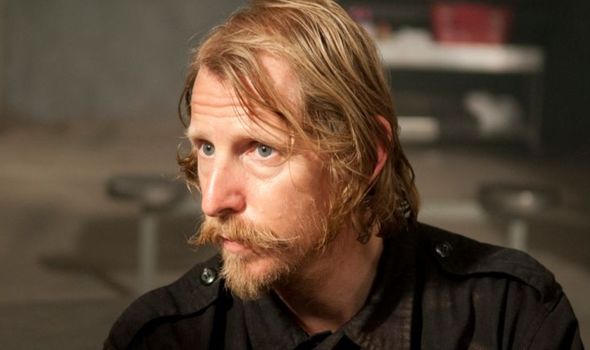 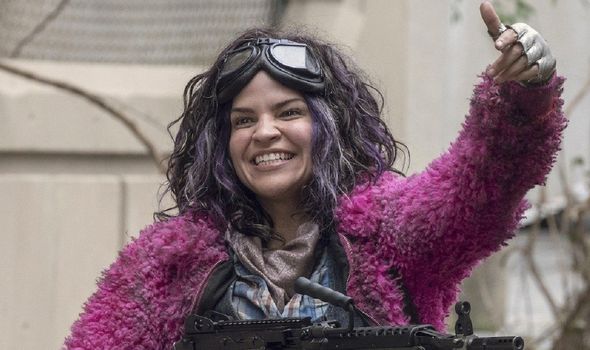 Although many fans weren’t satisfied with Beth’s clumsy onscreen demise, they were at least able to enjoy two more seasons of the character when this original plot line was scrapped.

Lew added: “The whole thing about being a drug addict was all a facade, the thing about the squirt gun and pistol is all b**t.”

Even though The Walking Dead has become infamous for featuring some of the darkest deaths on television, Beth’s violent fate could have been too much for viewers to handle this early in the series’ tenure.

However, as the series now moves into its tenth and upcoming eleventh seasons, brutal killings have become standard fare for the sprawling post-apocalyptic series.

As the final brawl between the Whisperers and the Hilltop factions loom over the horizons, former Whisperer leader Alpha (Samantha Morton) was ruthlessly beheaded by Negan (Jeffrey Dean Morgan).

Fearsome Whisperer lieutenant Beta (Ryan Hurst) now leads the pack of ruthless survivors and walkers who have set their sights on Hilltop for the finale’s last showdown.

Meanwhile, fans are still holding their breaths to discover the fates of Connie (Lauren Ridloff) and Magna (Nadia Hilker), who may or may not have been crushed to death in Alpha’s cave trap.

Additionally, a recent post from one of the series’ current lead stars caused fans to wildly speculate whether the show could lose one more favourite when season ten comes to an end.

Cooper Andrews, who plays Jerry in TWD, revealed a video of him shaving his head, prompting his followers to question if Jerry had been killed off.

As the coronavirus pandemic continues to limit post-production work of TWD’s season ten finale, fans may still have a long wait to go before the Whisperer War finally comes to an end in A Certain Doom.

No release date is confirmed for season eleven, though it is expected to air next year and adapt the highly anticipated Commonwealth arc from Robert Kirkman’s original comic books.