The fourth season of The Handmaid’s Tale introduces Mrs. Esther Keyes, the teenage wife of a much older commander and the acting head of her farm and household. Played by up-and-comer Mckenna Grace, she’s sharp and confident but at times cruel, clashing with June (Elisabeth Moss) and the group of handmaids who take refuge in her home. But behind her cold facade is a girl traumatized by her horrible past: She was sexually assaulted by several men her husband would bring in to take advantage of her.

Mrs. Keyes wants to fight back, and she wants Mayday to do the same. When one of her abusers is caught on the farm again, June lets her execute him. We soon learn that she’s been slowly poisoning her husband too. Mrs. Keyes is not one to be messed with.

Grace, 14, delivers a moving performance as the young wife. And though some viewers might have mistaken her for Mad Men‘s Kiernan Shipka, the rising actress is making a name for herself with her own list of notable credits. (The resemblance is definitely there though, as Grace even played the younger version of Shipka’s character on Chilling Adventures of Sabrina.)

Grace has been in Troop Zero; I, Tonya; and even a Marvel movie.

The actress was first reported to join the Handmaid’s Tale cast in September 2020, two weeks after production resumed in Toronto. But before then, you probably saw her as Christmas Flint in Troop Zero, young Tonya in I, Tonya (starring Margot Robbie), young Carol in Captain Marvel (which stars Brie Larson), and young Theo in Netflix’s The Haunting of Hill House. Grace also starred opposite Chris Evans in 2017’s Gifted.

She’s been in a fair share of sitcoms too, like Young Sheldon, on which she plays Paige, and Fuller House as Rose Harbenberger. 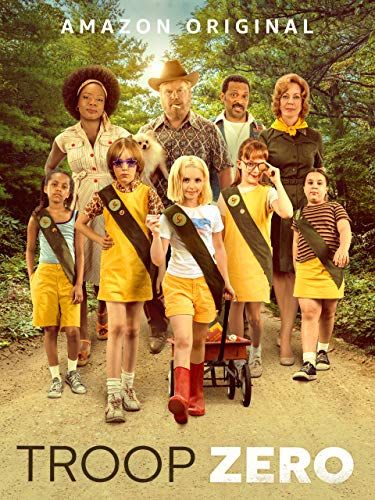 Next, she’ll star in a Disney+ movie.

Grace has been tapped to star in Crater, an upcoming Disney+ live-action film that’s a coming-of-age story set among a moon colony. Production begins this spring, according to Deadline.

She’ll also appear in Ghostbusters: Afterlife, which will hit theaters in November.

Check out this piano ballad she wrote during quarantine.