‘Utopia’: Gillian Flynn on the Finale, Pandemic Comparisons, and a Season 2 Pivot — Spoilers

[Editor’s Note: The following interview contains spoilers for “Utopia” Season 1, including the ending.]

Releasing a television show about a fictional epidemic in the middle of a real-world pandemic was always going to be tricky, and initial reactions to “Utopia” have reflected as much.

“What I’ve seen so far on social media is that there’s a certain segment [of viewers], which we always knew about, who just don’t want to see anything that has to do with a pandemic,” showrunner Gillian Flynn said in an interview Tuesday morning with IndieWire. “They’re fatigued of it. But otherwise, it’s interesting watching people debate how close it is to the real-life pandemic, what they would do, and which characters have the reactions they’d have.”

Part prescient mystery, part shocking science fiction, Amazon Prime Video’s new series follows a group of friends who square off against a mysterious corporation for control of a comic book that may hold the key to ending a viral outbreak. This core story combined with the release timing have made “Utopia” inseparable from viewers’ day-to-day reality, even though its origins date back nearly a decade. Flynn based the show on Dennis Kelly’s “Utopia,” a 2013 BBC series with a similar premise, including the outbreak.

Flynn knew there would be audiences who already loved Kelly’s original “Utopia” — and were thus predisposed to not liking its (very different) remake — just as there would be new fans who are fully immersed in the twisty thriller. Reviews show a similar range: mixed reactions with marks on the high and low ends.

“It is what I expected,” Flynn said about the response she’s seen so far. “I have always said that I like the things I create to create strong reactions, and I’d always much rather have people who want to talk about it — whether it’s positive or negative — than give a tepid, ‘I liked it,’ and never think about it again.”

The Season 1 finale gives viewers plenty to think about. Aside from the character-driven twists and turns, the episode also unveils a diabolical plot cooked up by Christie Corp that should strike a nerve. After being kidnapped and dumped at their feet, Dr. Kevin Christie (the dubious corporation’s founder, played by John Cusack) delivers a lengthy monologue unveiling his master plan: to trick the world into getting vaccinated for a fake disease. Instead of protecting them, the shot will sterilize the human population for three generations.

In other words, “Utopia’s” heroes set out to destroy dangerous vaccinations — an idea that, on its own, sounds far more disturbing right now than it did in 2013. 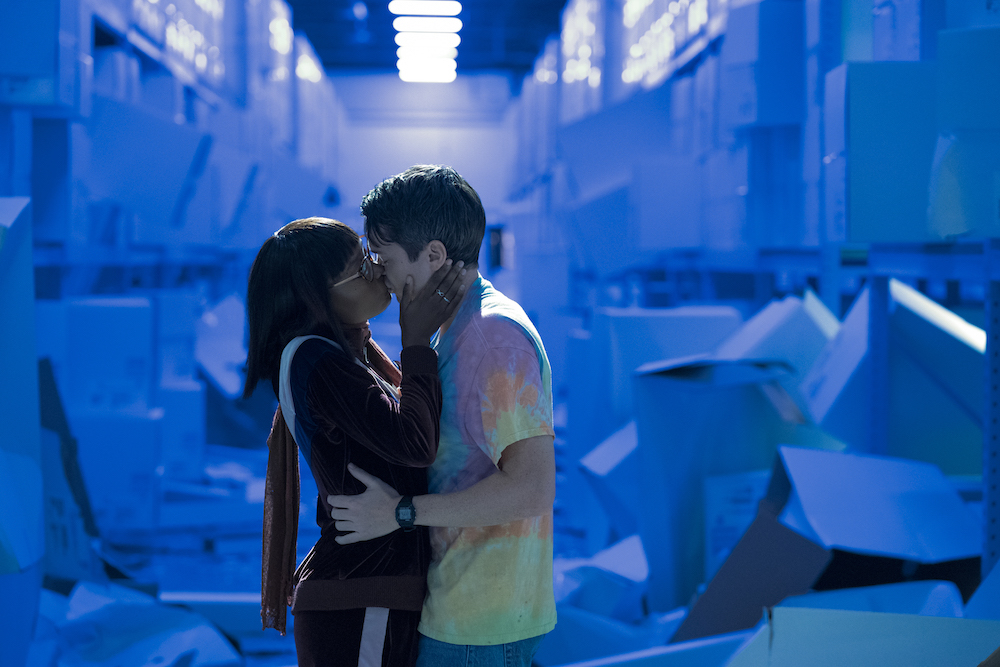 “Hearing that now feels so much different,” Flynn said, in reference to the anti-vaccination storyline. “Obviously, I started writing this in 2013, and that piece of the plot was always the plot; it was why we were doing it. So there was never a question of changing it, but it was strange over the course of those seven years to see the anti-vax movement go from very fringe to more and more mainstream.”

Flynn said there were moments when she felt “a little sick to my stomach” worrying that “Utopia” would augment the anti-vaxxers’ argument. But the show’s weird, surreal style, as well as the villainous character presenting that position, should keep any viewers from taking it seriously.

“The show is ultimately about conspiracies and about what happens when fringe conspiracies gain mainstream acceptance,” Flynn said. “[It’s] about where we are; that, largely through social media newsfeeds, we’ve turned science and truth into something that can be opinionated — which is incorrect. It doesn’t matter if your opinion is, ‘There’s no such thing as gravity.’ There is.”

“[Also] if you’re taking your medical advice from John Cusack, something’s gone horribly wrong in your life,” she said.

That being said, Christie’s finale monologue isn’t meant to be easily dismissed — not entirely. Flynn said Christie’s diabolical plan doubles as “what is truly the thesis of the show.”

“I wanted to explain why he was doing it: Humans are multiplying like bacteria, like a virus, and we’re going to destroy the world,” she said, breaking down Christie’s point of view. “If we keep going down this path, we’re going to have a world that we might be able to live in, but it’s not going to be particularly worth living in.”

She pointed to a line where Christie says, in order to survive a world like that, “we have to live selflessly, and as you know, we’re not that good at it.” For anyone struggling to comprehend the controversy over wearing masks or why the current administration is restricting the right to vote, no further explanation is needed. Christie’s right. Americans, in particular, are not good at living selflessly.

“As he revealed this, I wanted half the audience to be [saying], ‘What a villainous bastard,’ and the other half to kind of lean in and go, ‘[The] guy’s got a point,’” Flynn said. 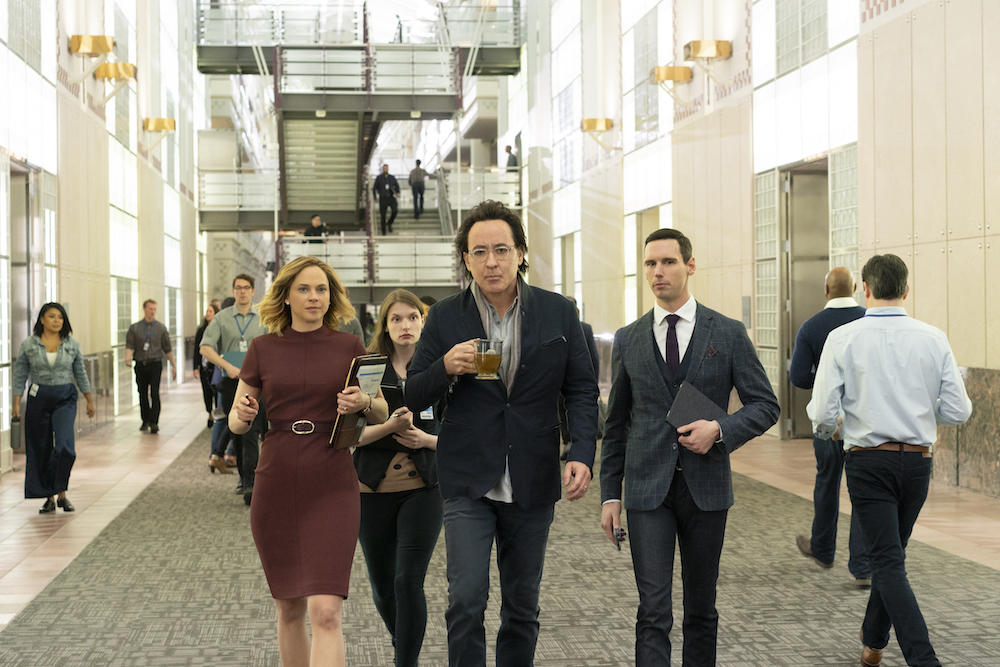 With that in mind, Flynn said if Amazon picks up “Utopia” Season 2, she’s ready to get past the pandemic storyline. “Personally, I like shows that move on and move forward in general,” Flynn said. “Aside from whether I want to deal with the current pandemic [in Season 2], I want the show to move on and go to different objectives.”

There are plenty of loose threads left to be sewn up: Grant (Javon “Wanna” Walton) has been arrested after being framed for murder. Becky (Ashleigh LaThrop) gets scooped up by Dr. Christie, who Wilson (Desmin Borges) sets free after being convinced of the mad scientist’s sacred mission. And Jessica Hyde (Sasha Lane) is being held by her secret mother, Agent Katherine Milner (Sonja Sohn), who also reveals that Jessica’s father is still alive. Only Dr. Stearns (Rainn Wilson) holds an obvious link to the Season 1 epidemic, as he’s on the run with the “mother egg,” which holds the last remnants of the virus.

Perhaps Flynn’s approach will help further distinguish “Utopia” beyond the events of its release. Reactions may be all over the place right now, but there’s at least one endorsement Flynn cherishes: David Fincher. Fincher brought Flynn to the project back when he wanted to make the series for HBO, and when that didn’t work out, he encouraged her to find a new home for her scripts. Now that the first season is done, Flynn confirmed she’d already shared it with her “Gone Girl” director.

“Yes, he has seen at least the first two for sure,” she said. “We’ve talked about them. I can’t tell you how good that felt. He’s the only reason I have the career I have. […] I love his opinions, I love his thoughts, and we still chat a lot.”

“Utopia” Season 1 is streaming now on Amazon Prime. A decision on Season 2 has not yet been made.