The first official photo of the King and the Queen Consort standing alongside the new Prince and Princess of Wales has been released by Buckingham Palace. TalkTV host Vanessa Feltz clashed with panellist Nicola Thorpe as the pair debated the timing of the photograph which was taken the evening before the Queen’s funeral.

Nicola began: “The King is pictured there with the Queen Consort Camilla alongside the Prince and Princess of Wales.

“Harry and Meghan not included in that group despite being in the country.

“But, that’s allegedly led to speculation that there is no way back for them.

“I don’t know about but I find this photo very odd, it’s four people at a wake.” 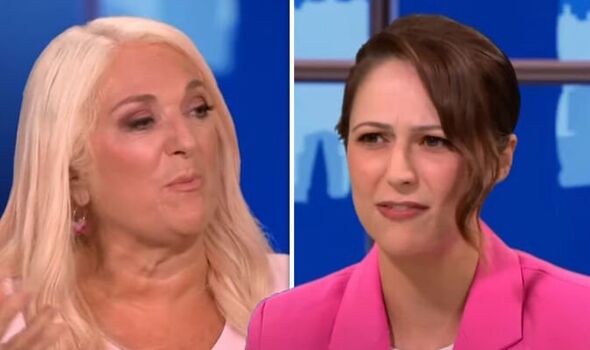 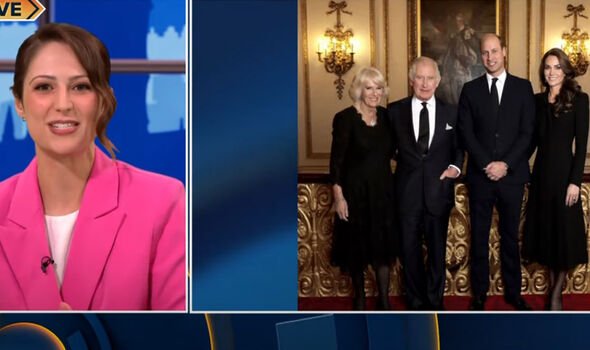 “I don’t understand why they would choose this photograph as their first official portrait,” she added.

Vanessa disagreed: “Oh no I don’t find it odd at all.

“I think it’s rather nice especially as the King has his arm around the Queen Consort and he’s cuddling her.

“It’s sweet, it’s nice, I think it’s dignified. I think they look as if they’re ready for business at a time when they would have been griefstriken. 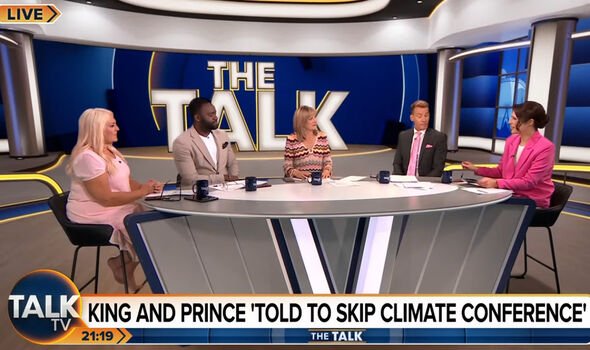 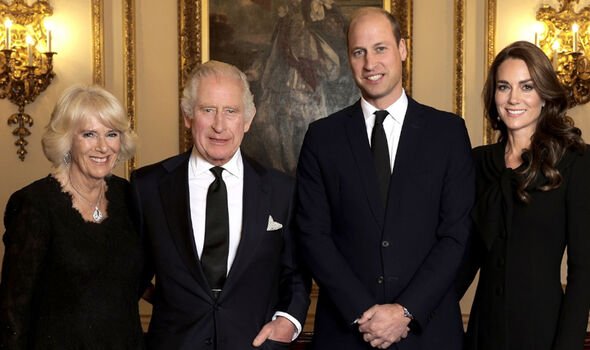 “There they are reporting for business showing that their duties come first.”

“Interesting positioning, he’s one step closer to the camera than the others.

“I think there’s quite a lot of significance there.”

The photograph was taken at the palace as Charles and Camilla were joined by William and Kate for a reception for Heads of State and official overseas guests.

US President Joe Biden and French President Emmanuel Macron were at the event alongside approximately 500 people in Buckingham Palace’s state rooms.

The event took place on the final full day of the Queen’s lying-in-state at Westminster Hall.

In the photo, Charles can be seen standing with his hand in his pocket with his arm around Camilla

She wore a Catherine Walker coat dress with buttons and a bow-neck.

This is the same outfit she wore for the Duke of Edinburgh’s funeral last April.

The Talk airs on TalkTV on weekdays at 9pm.