Virgin River fans are looking forward to season three arriving on Netflix in the near future. The drama series follows Jack Sheridan (played by Martin Henderson) and Mel Monroe (Alexandra Breckenridge) as they navigate their new relationship. Jack Sheridan star Henderson started out his acting career in a Britney Spears music video.

Virgin River is a popular romance drama series set in the fictional titular town, and it follows bar owner Jack Sheridan as he welcomes a newcomer to the area.

Nurse Mel Monroe moved to the town following the tragic death of her husband, and she ended up falling for the show’s heartthrob.

Jack Sheridan has a huge following and fans have been keen to find out more about his early career.

He is known for his roles in the TV series Grey’s Anatomy, Secrets & Lies and The Red Road.

Back in 2003, he also played the boyfriend of pop sensation Britney Spears, in her music video for ‘Toxic’. 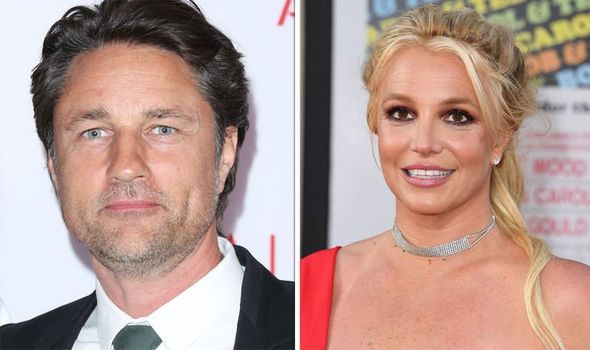 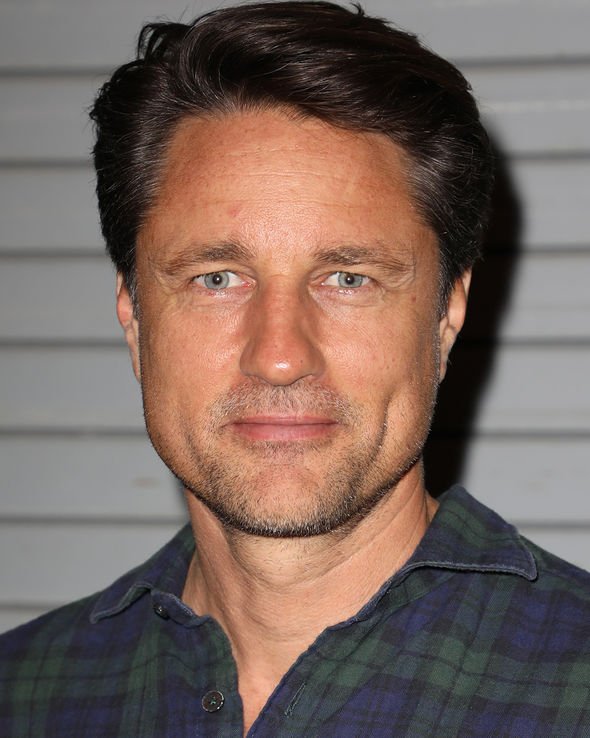 In the video, Spears plays a spy who seduces a number of different men to get secrets out of them.

She ends up kissing Henderson, before giving him some sort of poison that kills him.

The Virgin River actor spoke to Entertainment Tonight about the music video, saying it was his “dirty little secret”.

He said: “It was a weird day. No one mentioned I actually had to make out with Britney.

His Virgin River co-star Breckenridge asked if she was the better kisser, to which he replied: “It was so long ago. I just can’t really recall details of that kiss. 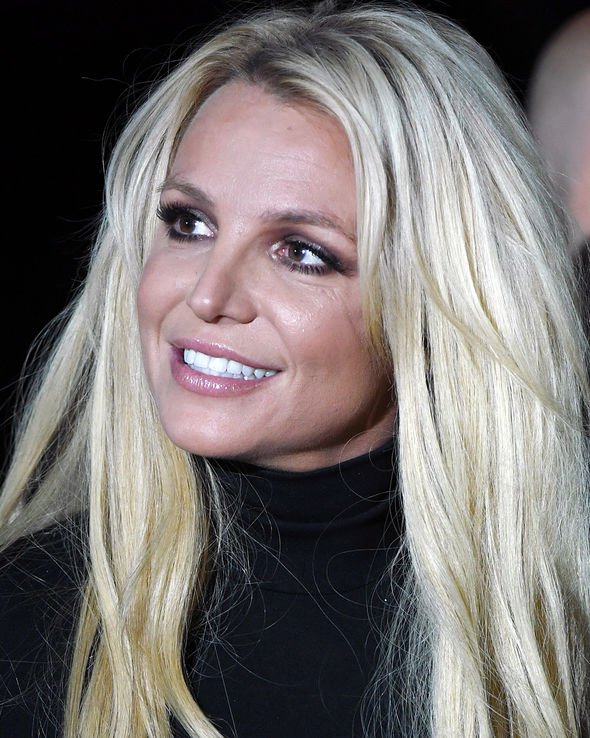 The star went on to call Spears a sweet and genuine person, who would often make fun of herself.

Fans of the actor were shocked to find out one of Henderson’s first roles was alongside a world-famous popstar.

One said on Twitter: “PLEASE- I was today years old when I realized that is Martin Henderson in the Britney Spears toxic music video.”

Another said: “I was trying to figure out where I know Martin Henderson (Jack from #VirginRiver) from and it’s not from Grey’s Anatomy, but from Britney’s Toxic video!”

A third added: “Another fun fact y’all. Martin Henderson who played Dr Riggs in greys anatomy is also the same man who was straddled by Britney Spears in the Toxic music video.” 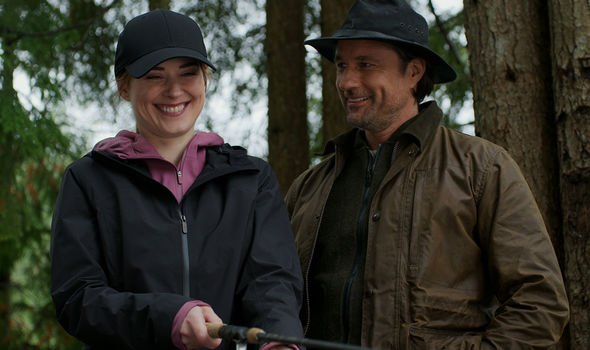 The song was part of the singer’s fourth album titled In The Zone, which came out in 2003.

It is believed the song was initially offered to artist Kylie Minogue, but she turned it down.

The famous track won Best Dance Recording at the 47th Annual Grammy Awards and it was the star’s first Grammy win.

Toxic reached the top five in 15 countries, so it is no wonder Virgin River fans recognise Henderson from the video.

Back in 2019 the star spoke out about kissing Spears in the video, telling the New Zealand publication Stuff that it was “really nice”.

He said: “Yeah, it was pretty real. It was 15 years ago, you’ve got to remember. But yeah, it was nice… really nice.

“As nice as it can be with 15-20 people five feet away carrying camera equipment.”

He had planned to meet up with Spears again following his appearance in the music video, but the pair lost contact.

Henderson said he had the intention of seeing her perform, but his busy schedule meant it never happened.