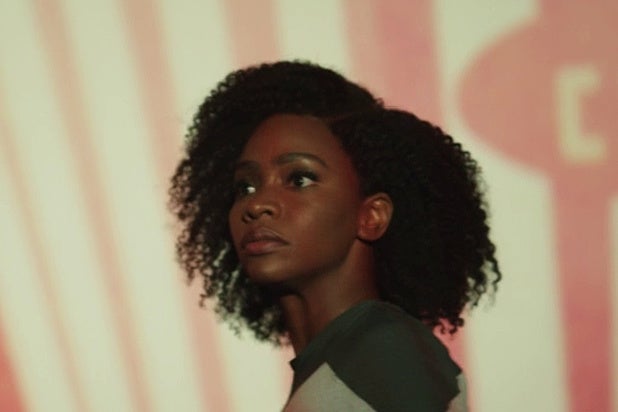 Well, that sure was something. The Marvel series “WandaVision” has come to an end, and it gave us a major new superhero: Monica Rambeau (Teyonah Parris), who will likely go by the name Spectrum.

Monica didn’t have a whole lot to do in the “WandaVision” finale beyond showing off one of her powers — the ability to phase like Vision (Paul Bettany) does — but at the end of the episode, during the credits, we got a clue about what she’ll be doing next. And where she’ll be going.

So in the mid-credits scene, the first of two bonus scenes at the end of the “WandaVision” finale, we catch up with Monica after everything has settled down in Westview. Wanda (Elizabeth Olsen) is gone, Agatha (Kathryn Hahn) is stuck in her new life in the suburbs, and white Vision has gone who knows where — and Monica meets with a Skrull who has been disguised as human law enforcement.

“I was sent by an old friend of your mother’s,” the Skrull says. “He heard you’d been grounded. He’d like to meet with you.”

In case it’s not clear for you, the Skrull — one of the race of shapeshifting space aliens introduced in “Captain Marvel” — is referring to outer space with that finger point. And the person she mentioned — the old friend of Monica’s mom — is almost certainly Nick Fury.

If you’re wondering why Nick Fury would be in space, well, we don’t know either. But while we don’t know why he’s up there, we do know that he’s up there. This was a fun and confusing bit of information we learned from the post-credits scene on “Spider-Man: Far From Home.”

At the end of that film, we learn that the person we thought was Nick Fury was actually a Skrull named Talos. And Fury was in outer space on some kind of big space station. We don’t know what he was doing there, though. We’ll have to wait for some unknown future movie or Disney+ show to find out more about that. You might want to assume “Captain Marvel 2” will bring our follow-up, but that seems like a long time to sideline Samuel L Jackson.

It’s possible, of course, that this Skrull was talking about somebody else who was friends with Monica’s mom. It probably wouldn’t be Captain Marvel, judging by the face Monica made early in “WandaVision” when her name popped up. It could be another Skrull, possible somebody we haven’t met.

Or it could be somebody else completely.

But it’s probably Nick Fury. That’s where my money is.