Home » TV » What is the Steve Buscemi meme?

What is the Steve Buscemi meme? AMERICAN actor and filmmaker Steve Buscemi is the face of one of the internet's most viral memes.

On Halloween 2021, he dressed up as the meme, impressing trick-or-treaters. 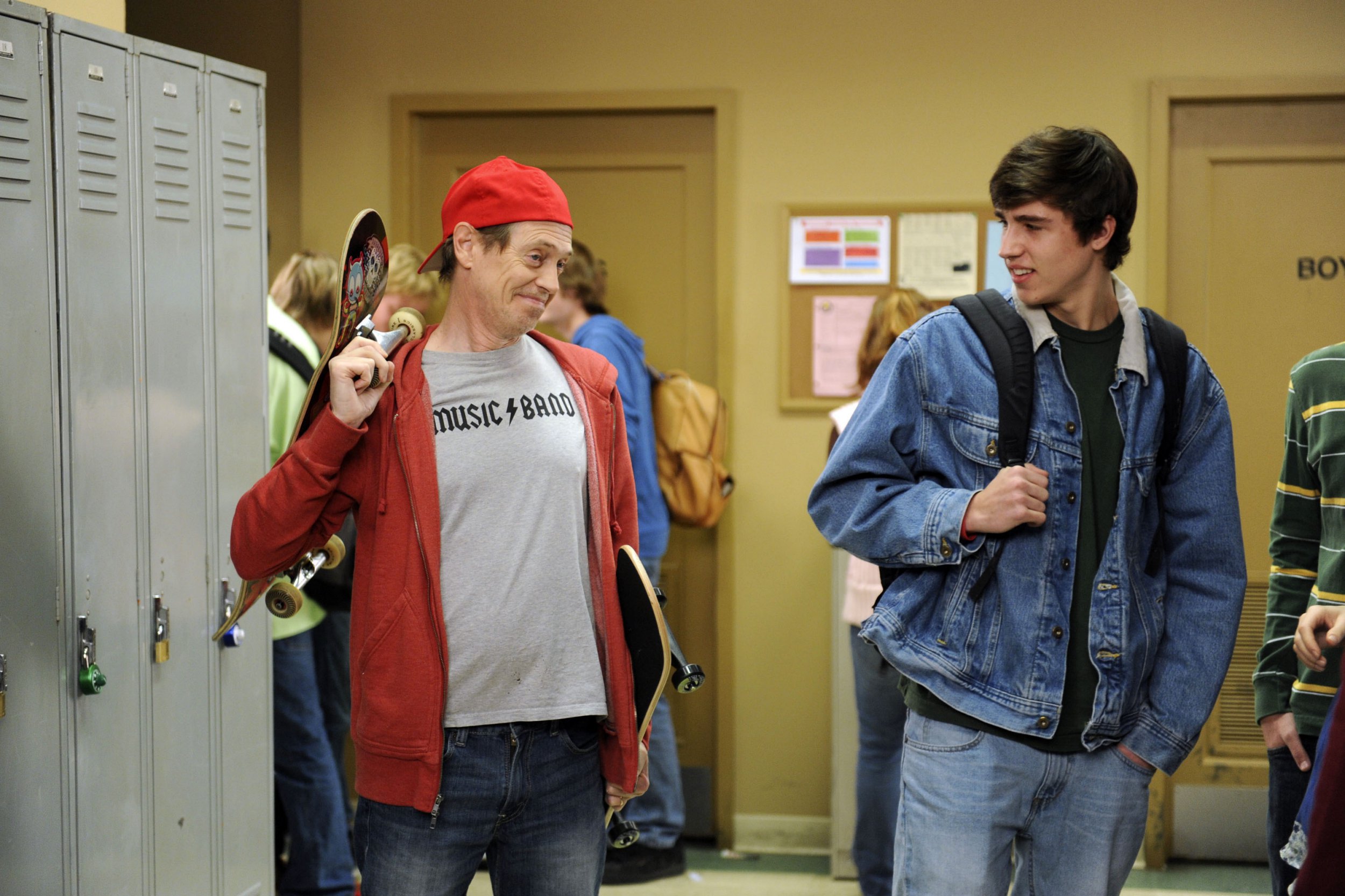 What is the Steve Buscemi meme?

In a 2012 episode of 30 Rock entitled The Tuxedo Begins, Steve Buscemi appeared as a private eye named Lenny Wosniak.

His character has a scene in which he remembers the time he went undercover as a high school student, in a parody of 21 Jump Street.

In the flashback scene, Buscemi's character is dressed in a red sweatshirt and baseball cap, with a t-shirt that simply says "music" and "band".

A fully grown adult, Buscemi's character looks nothing like a high school student. He addresses the other students, saying:

A gif of the scene as well as a still image have made rounds on the internet ever since as a popular meme.

The meme is often used to describe situations where someone is a bit out of touch with what's happening or acting as a "boomer".

There is even a subreddit dedicated to the meme, called r/fellowkids. The thread shows different examples of people or companies that users deem are out of touch.

Did Steve Buscemi dress as his meme for Halloween?

On October 31, 2021, the internet lit up with photos and videos of Steve Buscemi handing out candy to trick-or-treaters, dressed in a copy of his outfit from the 30 Rock episode.

The actor passed out candy from his home in Park Slope, Brooklyn, while fans flocked to him for pictures.

His costume was popular enough for Buscemi to become a trending topic on Twitter the following morning.

"Steve Buscemi went as his own meme for Halloween. This contest is over" along with the meme in question.

Another user quote-tweeted images of Buscemi out and about with trick-or-treaters, adding:

"Steve Buscemi is a treasure and we must protect him at all costs. How do you do, fellow kids?"

Buscemi held onto a skateboard, as his character did in the show, and posed for photographs with fans throughout the night.

A tweet showing a picture of Buscemi with some fans has the caption: 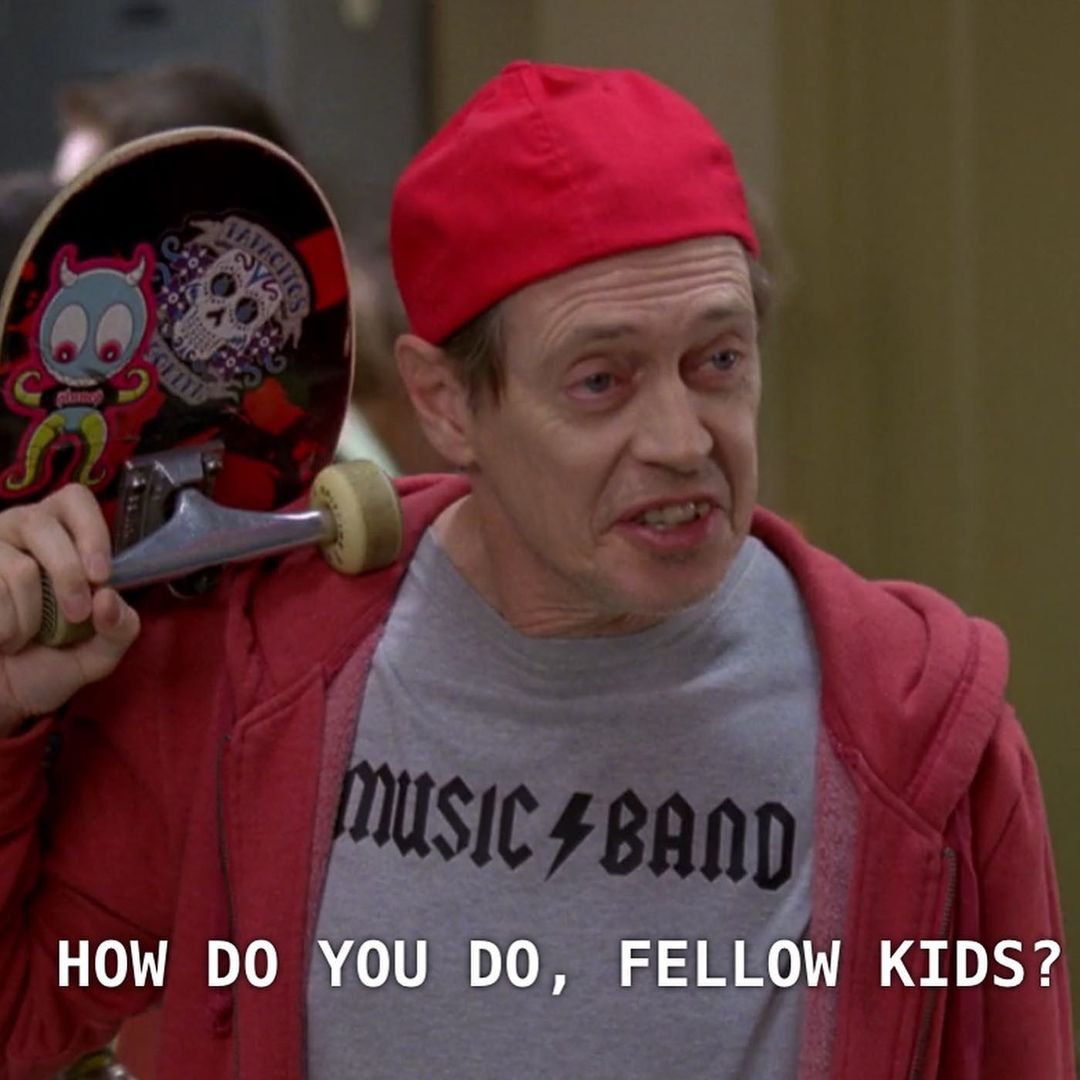 Who is Steve Buscemi?

He made his film debut in The Way It Is in 1985, followed by an appearance on television show Miami Vice the next year.

Buscemi's breakthrough came in 1990, when he starred as Mink in a Coen Brothers' film, Millers Crossing. He has appeared in four additional Coen Brothers films since.

His career saw him in many franchise films, including the Spy Kids series and Monsters Inc. He also starred in The Sopranos, playing one of Tony's childhood friends and cousins.

In 2010, Buscemi joined the cast of Boardwalk Empire. His role earned him a Golden Globe for Best Actor in a drama television series.

The star has also directed five films, as well as various episodes of television.

Buscemi was married to Jo Andres in 1987, until her tragic death in 2019. They had one son together, Lucian.