Home » TV » When They See Us Netflix cast: Who is Isis king? Who plays Marci Wise?

When They See Us Netflix cast: Who is Isis king? Who plays Marci Wise?

When They See Us is available to stream and download on Netflix now. The four-part series tells the true story of Korey Wise, Yusef Salaam, Antron McCray, Raymond Santana and Kevin Richardson who were wrongfully convicted of the rape and assault of a female jogger when they were aged between 14-16 years old. The drama features a large cast including Felicity Huffman, Jharrel Jerome, Caleel Harris and Michael K. Williams. One character viewers are interested in Marci Wise, Korey Wise’s (played by Jharrel Jerome) older sister. Here’s everything you need to know about her and the actress Isis King who plays her.

Who is Marci Wise in When They See Us?

Marci Wise is the late older sister of Korey, one of the wrongly convicted men in the Central Park case.

Marci was murdered before her brother’s conviction was overturned and he was released from prison in 2002.

In episode four of the miniseries, viewers learnt that Korey’s brother Norman who they met in episode one was transitioning to become a woman.

Korey greatly admired Marci and in flashbacks earlier on in the series, she was fiercely protective of her younger brother.

WHEN THEY SEE US SOUNDTRACK 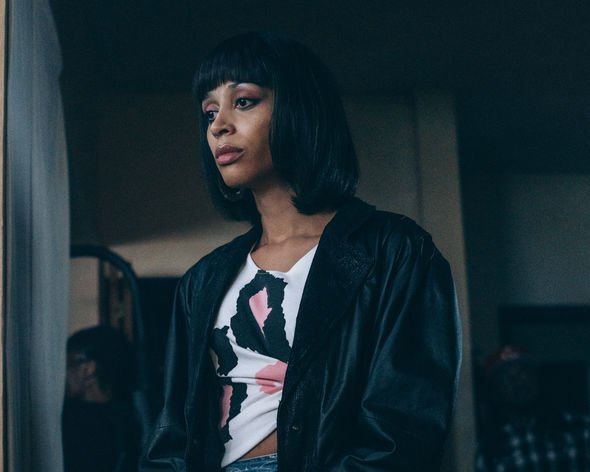 The revelation about Marci’s background comes in the form of a flashback when Korey thinks about his sister while in solitary confinement.

He recalls the day when he last saw Marci when his mother kicked her out of the house for wanting to live her life as a woman.

Upsetting news followed soon after the flashback ends, with Korey in the present day being told his older sister had been murdered.

Speaking to PRIDE, Isis King who plays Marci said: “It’s like a magnifying glass on the world right now. And not just my part, but the whole story. The whole story is relevant to right now, which is the crazy part.

“It’s so relevant. Like nothing in my part seemed like it was in 1980. It’s right now, too. It’s sad because you would think it’s so much more progression but I think so many people will be able to relate to it.“

WHAT DID DONALD TRUMP SAY ABOUT THE CENTRAL PARK 5? 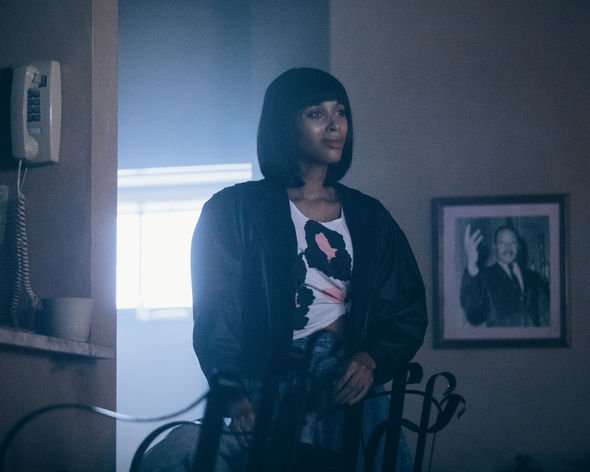 Who is Isis King?

Isis King is an American model, actress and fashion designer.

King rose to fame after appearing as the first transwoman to compete on America’s Next Top Model in 2011.

She was also the first transgender model to work with American Apparel.

Since then, King has gone on to launch a successful acting career.

King has appeared in multiple episodes as Sonja in The Bold and Beautiful and as herself in the docu-series Strut.

The star played the role of Gia in season seven of the hugely successful Showtime series Shameless.

WHAT HAPPENED AT THE END OF WHEN THEY SEE US? 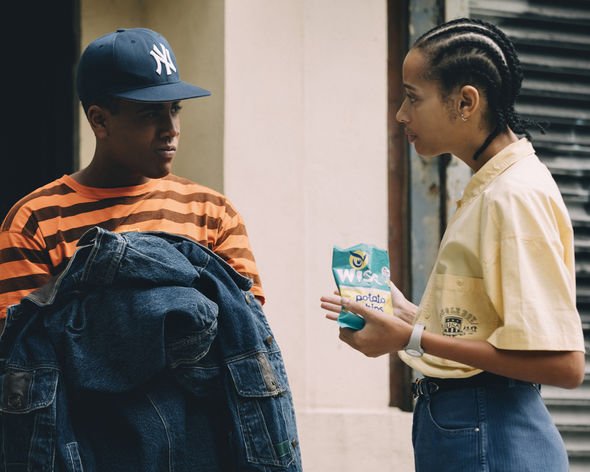 When filming the argument scene between her character Marci and Niecy Nash who plays her mother Delores, Isis said director Ava DuVernay gave her the freedom to play the moment how she wanted.

King explained: “I remember in that moment Ava [DuVernay] saying, ‘You can handle this however you want. You can present it however you want. Whatever’s in your heart and she kind of gave me that space to do that.“

To prepare for the role of Marci, King spoke to her friends and family to find out what she was really like.

King commented: “I didn’t really know much about her but, it seemed like she was really loved in the community by her peers, and she really stepped out and did her own thing.“

When They See Us is streaming on Netflix now