Home » TV » Who is Alice Fevronia? Bake Off 2019 star and geography teacher from London

Who is Alice Fevronia? Bake Off 2019 star and geography teacher from London

ALICE Fevronia became Star Baker in Biscuit Week and is still in the running to win the latest series of Bake Off.

We have all you need to know about the aspiring baker who is hoping to scoop the GBBO 2019 crown. 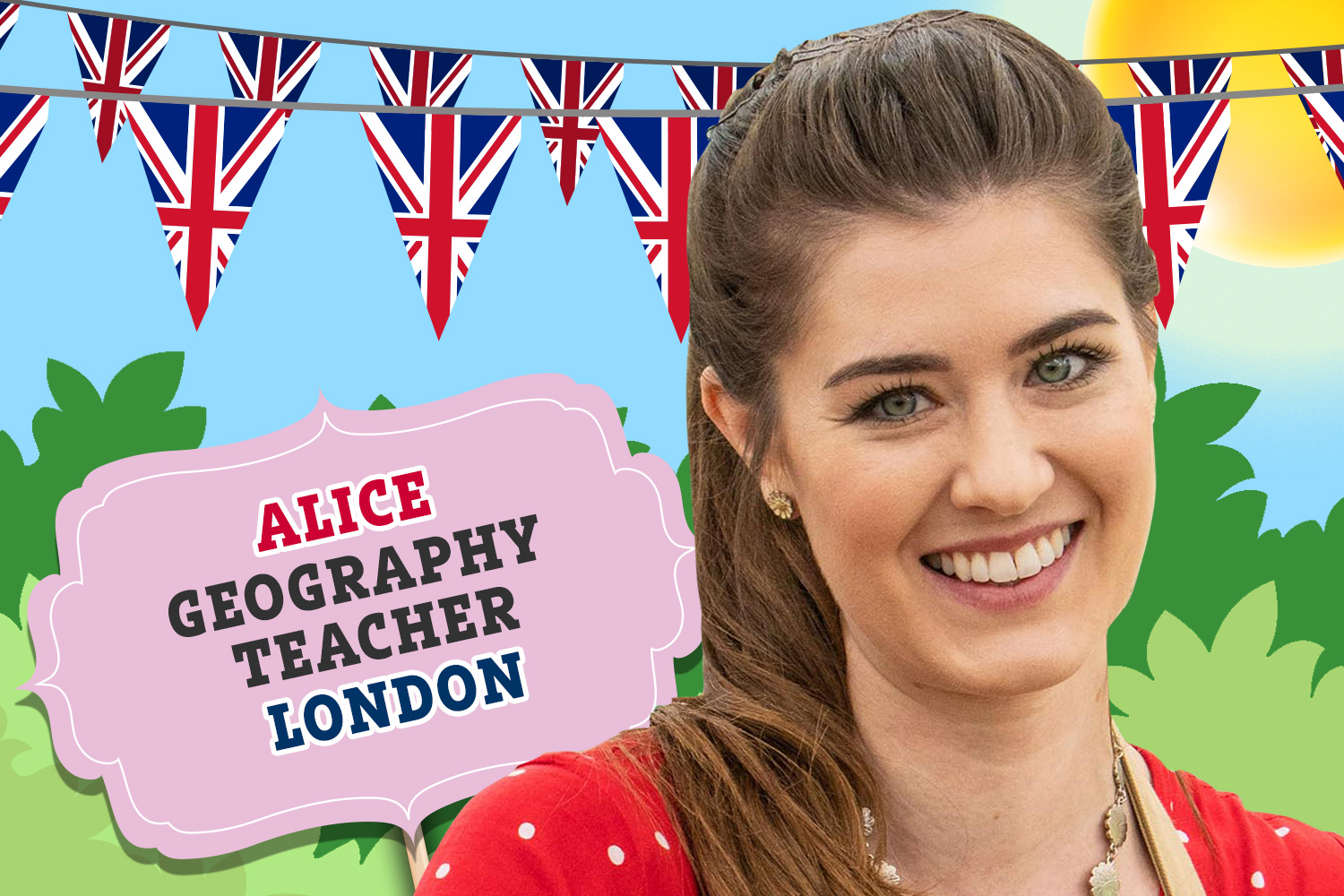 Who is Bake Off 2019 contestant Alice?

Alice Fevronia is a 28 year old geography teacher from London.

At just 15, while recovering from a back operation for scoliosis and no longer able to do sport, she turned her hand to baking

Now living in East London, she uses cakes in her geography lessons – demonstrating everything from coastal erosion to volcanic activity.

She loves making highly decorative layered cakes and her baking style is intricate and delicate.

You can see some of her creations on her Instagram page here.

What has happened to Alice on Bake Off so far?

What has Alice said about being on Bake Off 2019?

Speaking about signing up for Bake Off 2019, Alice said: "I have wanted to be in Bake Off ever since the show has started, but I wasn’t really good enough when I was 18.

"To be on such a big show doing something that you are passionate about is a huge thing.

"I also felt that to be accepted into the tent gave me the confidence to feel that I could bake.

"It was a dream come true!"

When is The Great British Bake Off next on?

The Great British Bake Off is back on Tuesday, October 8.

You can catch the action on Channel 4 at 8pm.

Bake Off is expected to run for 10 consecutive weeks and the final is likely to be in November 2019.