Home » TV » Who is Queen of Hearts from The Masked Singer?

Who is Queen of Hearts from The Masked Singer? THE Masked Singer debuted on Fox on Wednesday, September 22 with daring new costumes, including the stunning and elaborate Queen of Hearts.

The Masked Singer's season’s roster includes new characters, like the dazzling Queen of Hearts, that the show promises will “shock” fans. 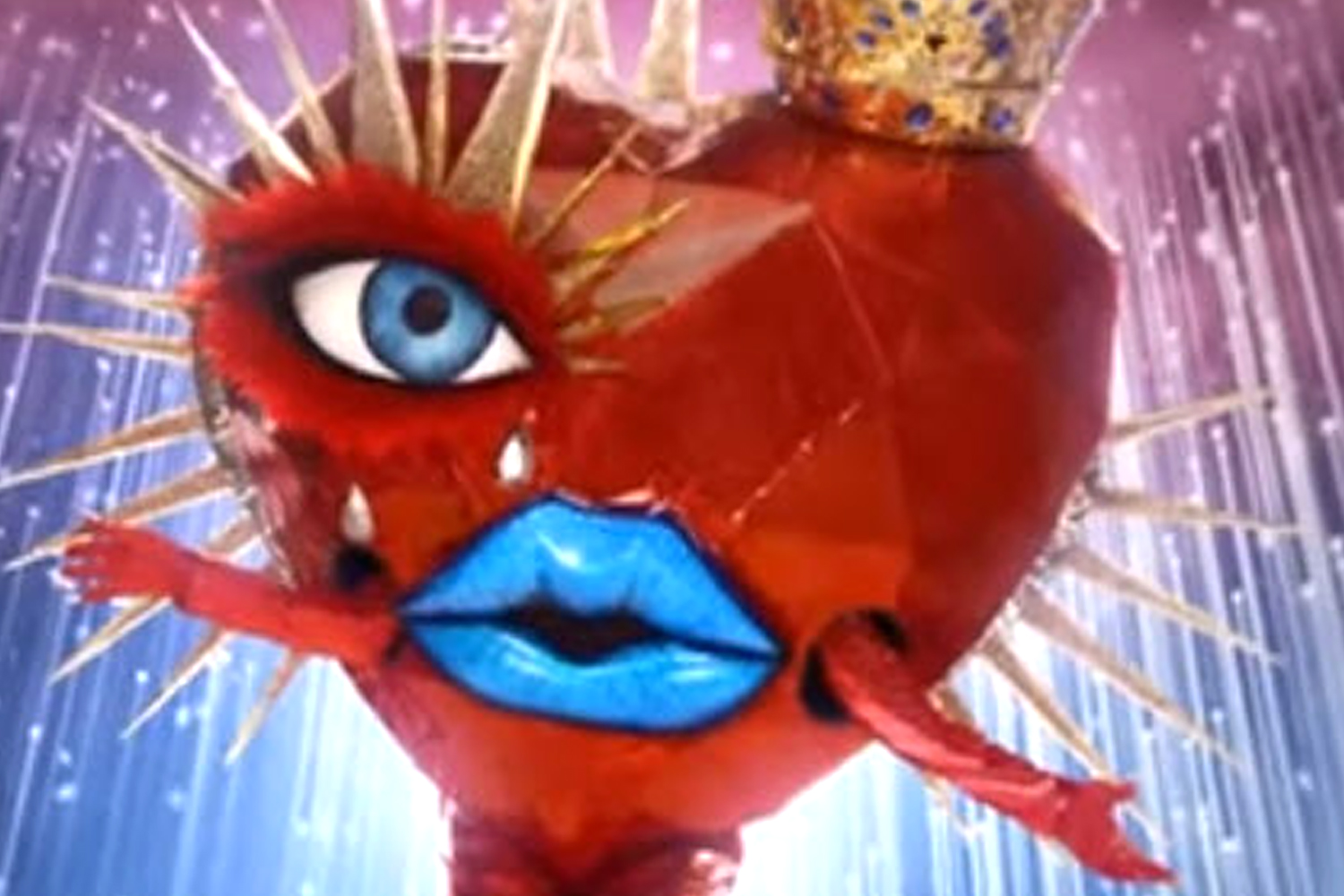 The Queen of Hearts is outfitted in a huge, heart-shaped costume that starts at the waist and completely obscures her figure and face.

In the center of the heart is a pair of bright-blue lips, which match the singular blue eye on the costume.

The eye is surrounded by bright, red, fluffy lashes and golden spikes.

Naturally, the Queen of Hearts wears a supersized gold crown decorated with jewels.

Her legs are totally covered by a pair of red metallic boots and leggings.

What are the clues for the Queen of Hearts?

In the first official clue package for the Queen of Hearts, an image of a tall, brown horse is inset over the singer.

The star also appears to be posing in a splendid garden, with a giant chess piece fallen down beside her.

One intro video for the Queen of Hearts features a faux magazine with tabloid-style headlines about her.

The Masked Singer also released a sneak preview of some performances.

The Queen of Hearts will perform La Vie en Rose, a French song, in her first appearance on the show.

Who is the Queen of Hearts?

The Queen of Hearts disguise has left fans of the show scratching their heads as they attempt to figure out its identity.

Some believe the Queen of Hearts is from the southern states due to her accent.

The rest of the clues are:

However, other viewers believe that it could be singer Lady Gaga.

In episode 3, the Queen of Hearts nailed her cover of Born This Way by the songstress, leading people to believe Gaga is underneath the disguise.

Other guesses include Jewel, whose album Pieces of You celebrated its 25th-anniversary last year; Shakira, another multi-lingual star, whose video for Whenever, Wherever features horses like the one in the first clue package; and Helena Bonham Carter, who portrayed the Red Queen in Tim Burton’s 2010 film Alice in Wonderland.