Home » TV » Who is Taylor Swift's 'I Bet You Think About Me' written about?

Who is Taylor Swift's 'I Bet You Think About Me' written about? One of the videos – for the song I Bet You Think About Me – was co-written and directed by the singer's bestie, Blake Lively.

Who is Taylor Swift's 'I Bet You Think About Me' written about?

Fans have already started picking apart the lyrics of Taylor's new-old song, I Bet You Think About Me, trying to decipher which of her exes the breakup song could be written about.

The song was released on Taylor's second re-recorded album, Red. as a vault track. Vault tracks are songs Taylor cut from the original release of her albums.

When Taylor first debuted Red, she had recently been through a few whirlwind romances. Shortly after a fling with John Mayer, Taylor and actor Jake Gyllenhaal got together.

Many believe the breakup songs on the album to be about Jake, as the pair split at the end of December in 2010. Jake allegedly didn't show up for Taylor's 21st birthday party, a moment that's referenced in her song and short film, All Too Well.

While nothing has ever been confirmed, some lines in the song seem to reference the Love & Other Drugs actor.

For one, Jake was born into the entertainment industry. He hails from Los Angeles, which is referenced directly in the song:

"You grew up in a silver-spoon gated community / Glamorous, shiny, bright Beverly Hills”.

Later in the song, Taylor sings:

"Now you're out in the world, searchin' for your soul / Scared not to be hip, scared to get old," which could reference the age-difference between the two, who were nine years apart when they dated. 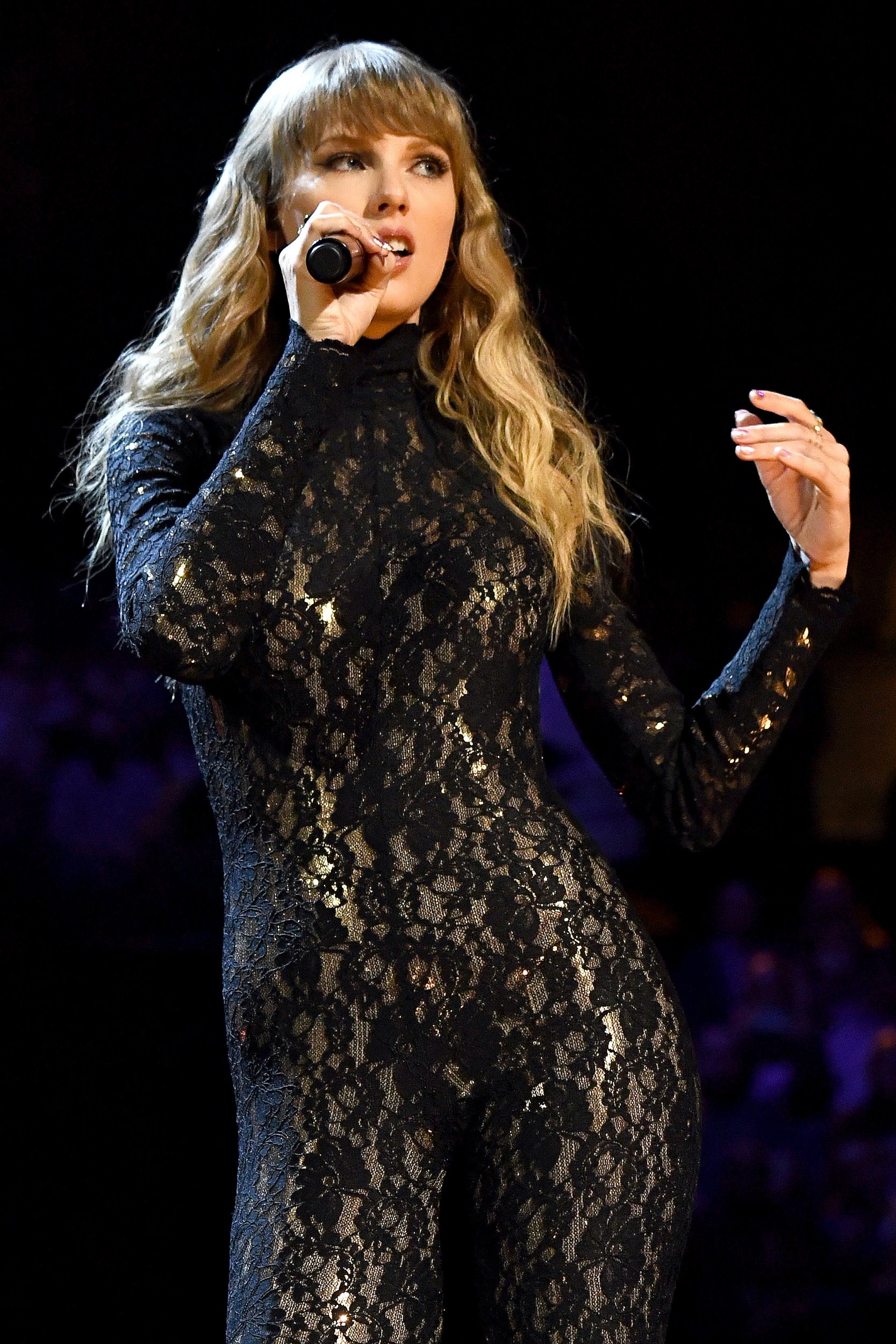 What has Taylor Swift said about 'I Bet You Think About Me'?

Taylor announced on her social media platforms over the weekend that she would be dropping a music video for I Bet You Think About Me on the morning of Monday, November 15.

The video is co-written by both Blake and Taylor, and was directed by Blake Lively.

In the video, Taylor appears at a wedding wearing various red outfits. She causes some mayhem: eating the wedding cake with her hands, teaching a group of children how to raise their middle finger, and chugging a drink while giving a speech.

Miles Teller and his wife, Keleigh, starred in the video alongside Taylor.

Before the video premiered, Boston's Country 102.5 radio station tweeted a clip of Taylor talking about the song.

"This is a song I wrote with Lori McKenna, who's one of my favorite singer-songwriters ever. I'd always wanted to work with her," she said.

"…I wrote this with her at her house when I was playing Foxboro Stadium on the Speak Now Tour."

"We wanted this song to be like a comedic, tongue-in-cheek, funny, not-caring-what-anyone-thinks-about-you sort of breakup song because there are a lot of different types of heartbreak songs on Red – some of them are very sincere, some of them very stoic and heartbreaking and sad – we wanted this to be the moment where you're like, 'I don't care about anything,'" Taylor continued.

"And we wanted to kind of make people laugh with it, and we wanted it to be sort of a drinking song," she concluded.

Why is Taylor Swift re-recording her albums?

Due to the contract Taylor had with her previous label, Big Machine Records, she lost the rights to the master recordings of her songs released before 2019, which is the year the company was purchased by Scooter Braun.

Since then, Braun sold the albums to investment firm, Shamrock Holdings.

Taylor vowed to reclaim her music via re-recordings, and she has begun to do just that. Red is the second re-recorded album Taylor has released, following Fearless in April of 2021.

Because she now owns the re-recorded songs, the copyright includes her name and each song title is followed by the words (Taylor's Version).

While Taylor hasn't outwardly expressed the order she's going to release the re-recorded albums, fans have started to speculate based on clues or "easter eggs" they believe Taylor has left in her videos and social media posts.

She plans on re-recording all of her first original six albums. The remaining albums include: Taylor Swift, Speak Now, 1989, and Reputation.