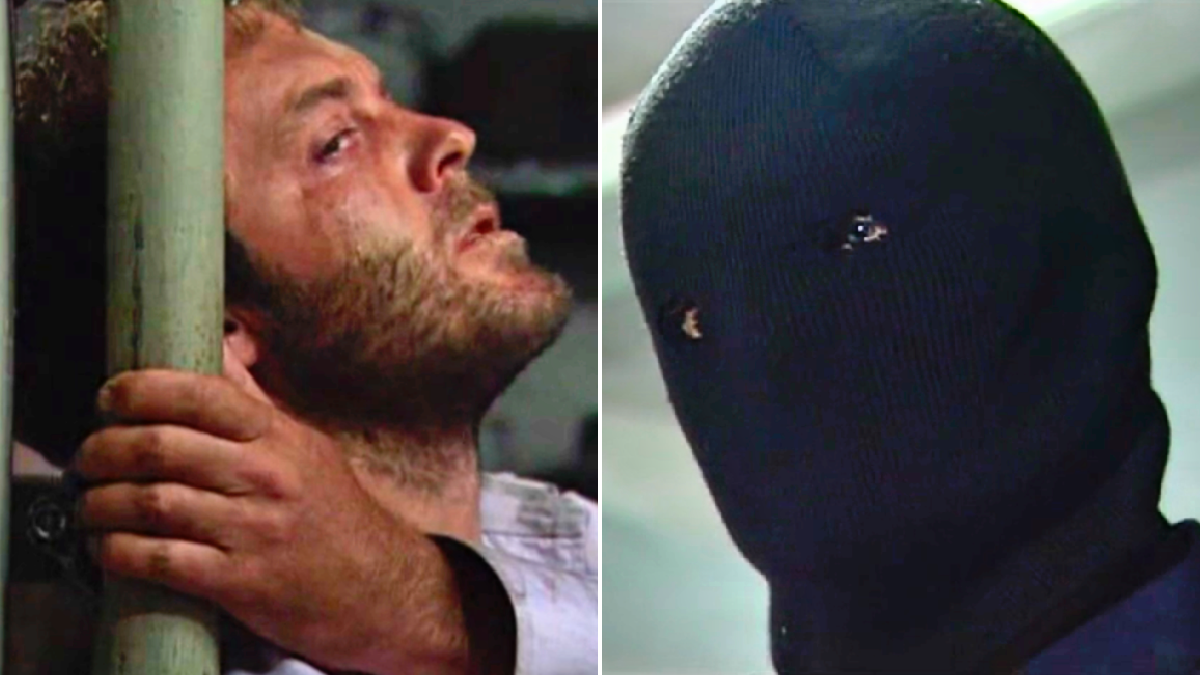 Chris Tate (Peter Amory) made an enemy of several villagers during his time in Emmerdale.

The legend, who first appeared in the ITV soap back in 1989, was introduced as what you might call a decent human being, which is something of a rarity in soap!

As the years progressed, however, he became a bit more villainous, and by 1999 he’d alienated a number of villagers.

Therefore, when he was kidnapped in September of that very year, it was rather difficult for viewers to work out just who was responsible for the crime!

The storyline went on for a number of months, with the kidnapper opting to conceal his identity with a mask.

This was incredibly frustrating for Chris, as he had no clue who it was that had taken him, nor could he figure out the mystery man’s motives.

The episodes in question, which are currently being re-run on ITV3 in the afternoon, were chilling to say the least, but the question remains: just who was it that kidnapped Chris Tate?

All you need to know.

Who kidnapped Chris Tate in Emmerdale?

Chris Tate was taken hostage while in his car.

A gloved hand appeared from behind and chloroformed him. With the legend unconscious, the attacker had sufficient time to take him away.

Liam, who was a newcomer at the time, was introduced several weeks earlier, when he arrived for a job interview, which interestingly was conducted by Chris.

But what would Liam want with Chris?

Well, there’s more to the story than you might think, as it was later revealed that Liam was Frank’s (Norman Bowler) long-lost son, which of course made him Chris’ brother!

And in a shock twist, the siblings ended up bonding during Chris’ time in captivity.

Back in the village, however, Zoe (Leah Bracknell) suspected that Liam had something to do with Chris’ disappearance, and she started to investigate.

After showing up at the Tate Haulage employee’s home, Zoe found Chris in the basement, but Liam caught her!

Zoe took action to save her brother, as she fatally shot Liam! This ultimately upset Chris, as in spite of everything, he’d grown fond of him.