Home » TV » Who was Elton John's mum Sheila Farebrother, what was their feud and when was her death?

Who was Elton John's mum Sheila Farebrother, what was their feud and when was her death?

She had a difficult relationship with her son during her life before she died aged 92. But why did they fall out and what else do we know about her? 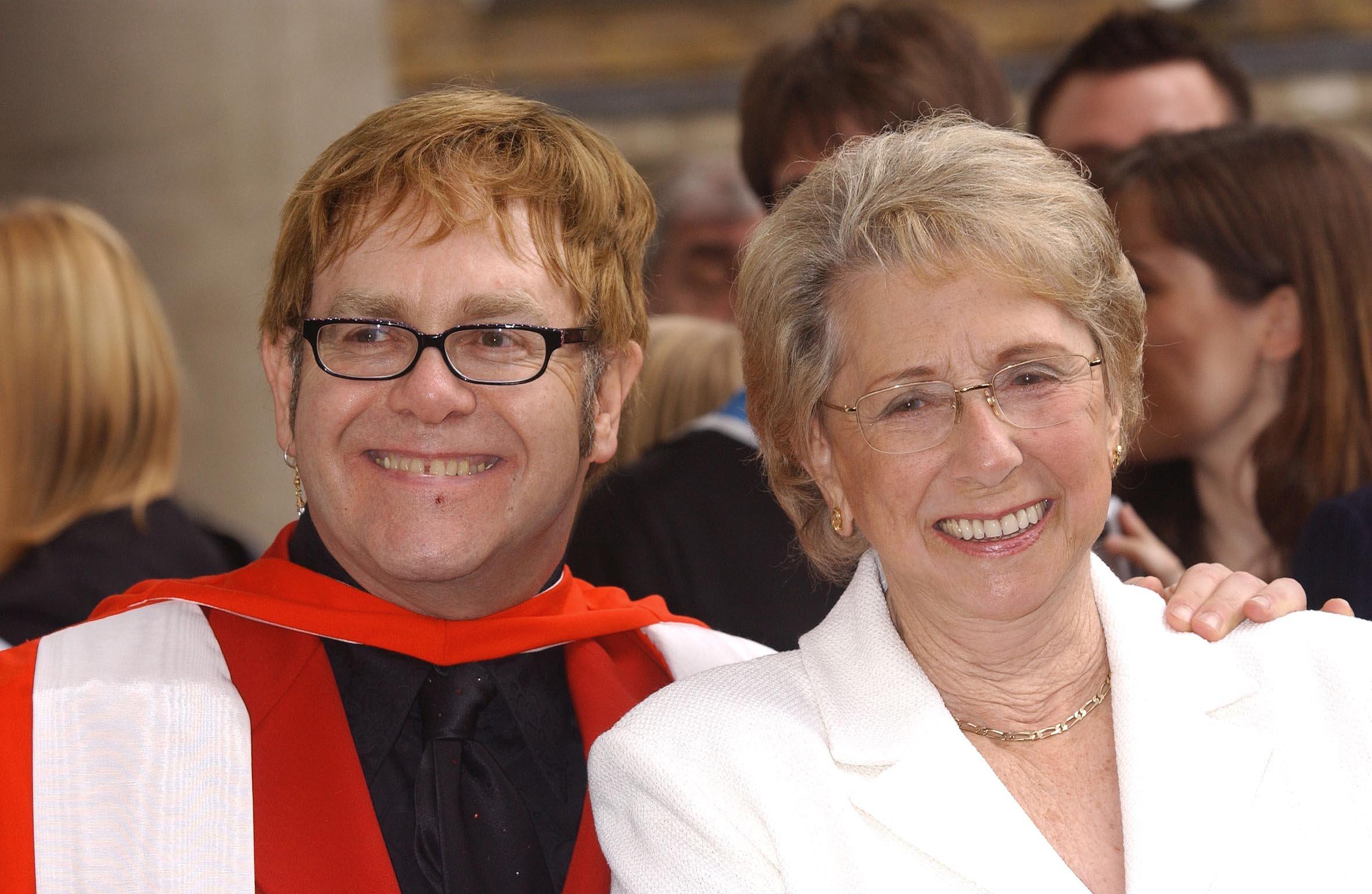 She gave birth to the singer, nee Reginald Kenneth Dwight, on March 25, 1947, in Pinner, Middlesex.

He was her only child with Stanley Dwight, but the couple divorced when Elton was 13.

Sheila went on to marry a local painter, Fred Farebrother, who became a supportive step-dad to the singer. 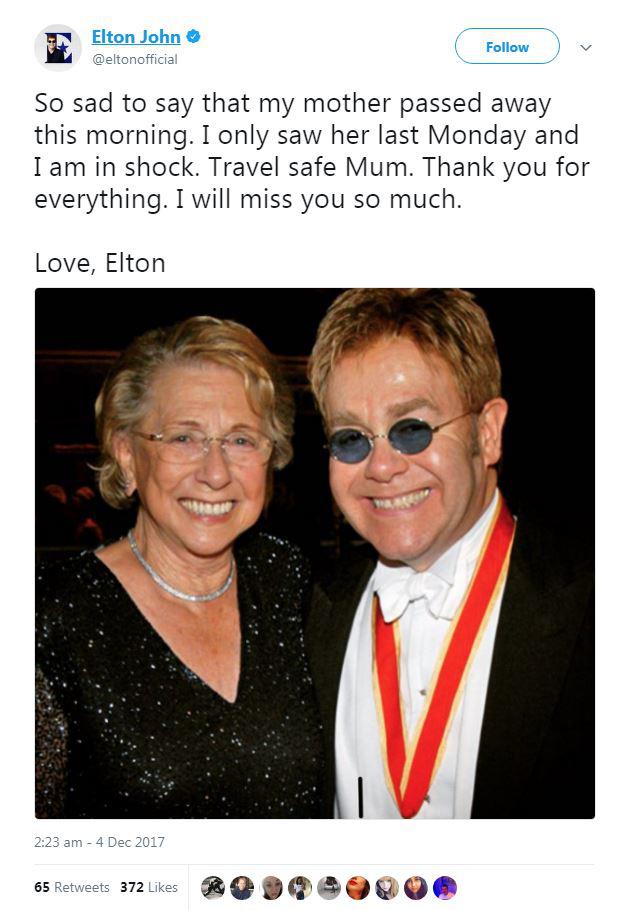 What was Elton John’s and Sheila Farebrother's feud about?

Elton John didn’t speak to his mother Sheila for almost a decade and only appeared to bury the hatchet in 2017.

The fallout began after Sheila had been invited to be the official witness at the civil partnership of Elton and his now husband David Furnish in 2005, but was told she could not appear in any of the photos because she refused to wear a hat.

She said: “That didn’t go down well with Furnish because he wanted it to be the Wedding of the Year.”

Another blow came when Sheila’s husband Fred — to whom she was married for 40 years after divorcing Sir Elton’s dad Stanley Dwight — fell ill and died in 2007.

Sheila said: “I think he just hung on thinking that Elton would come to see him and he never did.”

She and Sir Elton stopped talking entirely in 2008 when he demanded she cut off communication with two of their oldest friends — Bob Halley and John Reid.

Bob had worked for the singer for three decades, but then left as part of a series of changes to his team.

John, who had been Sir Elt’s manager and briefly his lover, guided his career from its early days to his £235million fortune. Sheila felt David was taking over every aspect of her son’s life.

In 2015 she said of their row: “He told me I thought more of Bob Halley than I did of my own son. "I said to him, ‘And you think more of that f***ing thing you married than your own mother’.”

She blamed Furnish for axing Bob and ex-manager John Reid, but Sir Elton’s friends claim Bob quit of his own accord.

The singer later said of his mother: “I don’t hate her, but I don’t want her in my life.”

Their relationship hit rock bottom when Sheila and Bob hired an Elton tribute act for her 90th birthday as the star stayed away.

But they appeared to have buried the hatchet in May 2017 as Sir Elton tweeted a heartfelt message to Sheila, saying: “Dear Mum, Happy Mother’s Day! So happy we are back in touch. Love, Elton.” – she passed away in December that same year.

However in October 2019 he appeared to re-open the feud – despite his mum being dead – and claimed Sheila had set out to spoil his civil ceremony to David by acting like a "raving sociopath".

He also claimed he was “frightened’ of his mum’s “mean streak”, saying she wasn't interested in meeting his children. 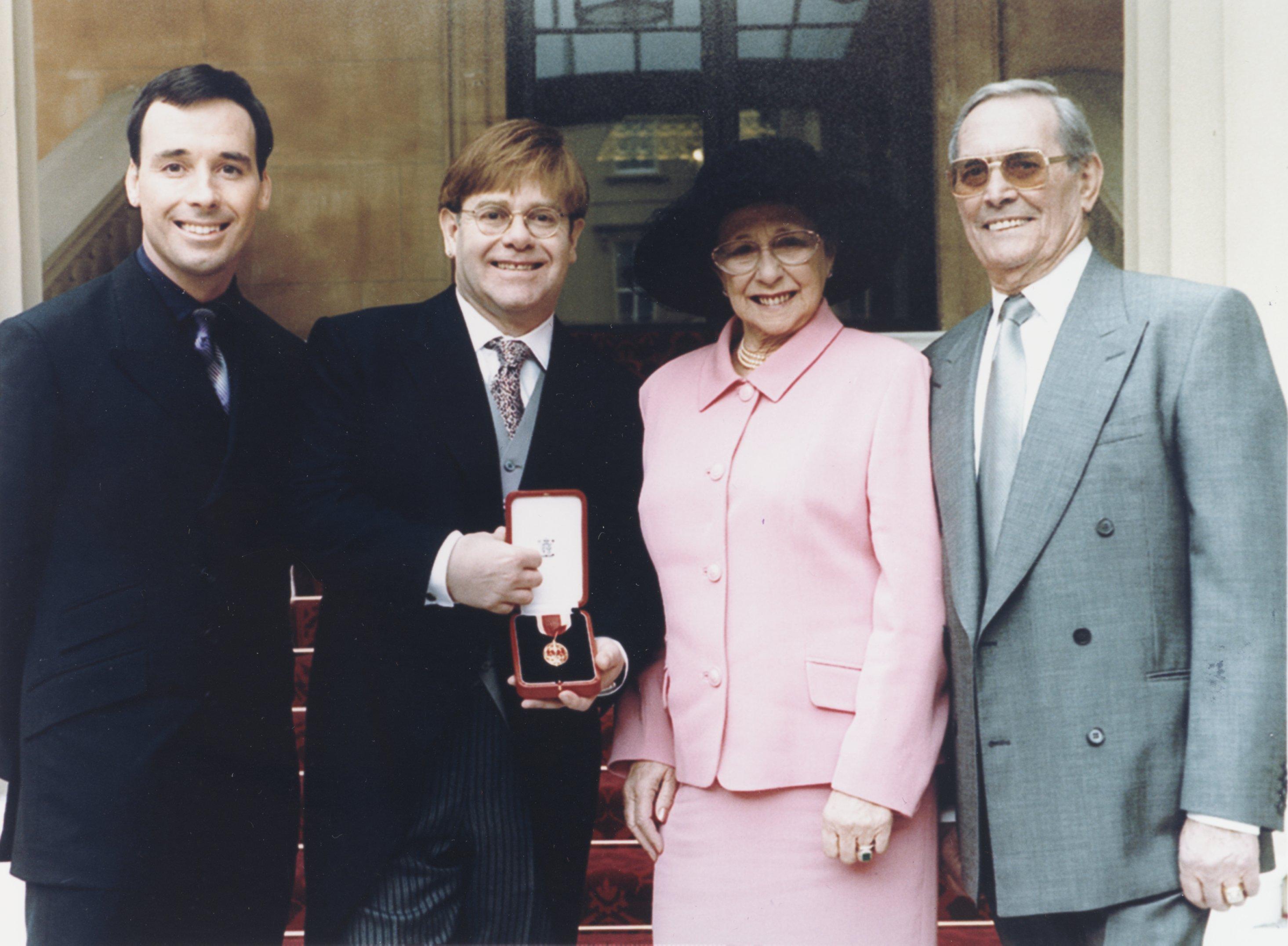 What was Elton John left in his mother’s will?

Elton John was left two ceramic urns in Sheila’s will.

The Sun revealed that her former assistant and chauffeur Bob Halley — whose departure from Sir Elton’s inner circle in 2008 sparked the family feud — got half of her £534,000 fortune.

Sheila changed her will just three weeks before her death — leaving her superstar son two urns and some family photos.

When was Shelia Farebrother’s death?

Elton John broke the news, telling fans: "So sad to say that my mother passed away this morning.

"I only saw her last Monday and I am in shock.

"Travel safe Mum. Thank you for everything. I will miss you so much. Love, Elton."