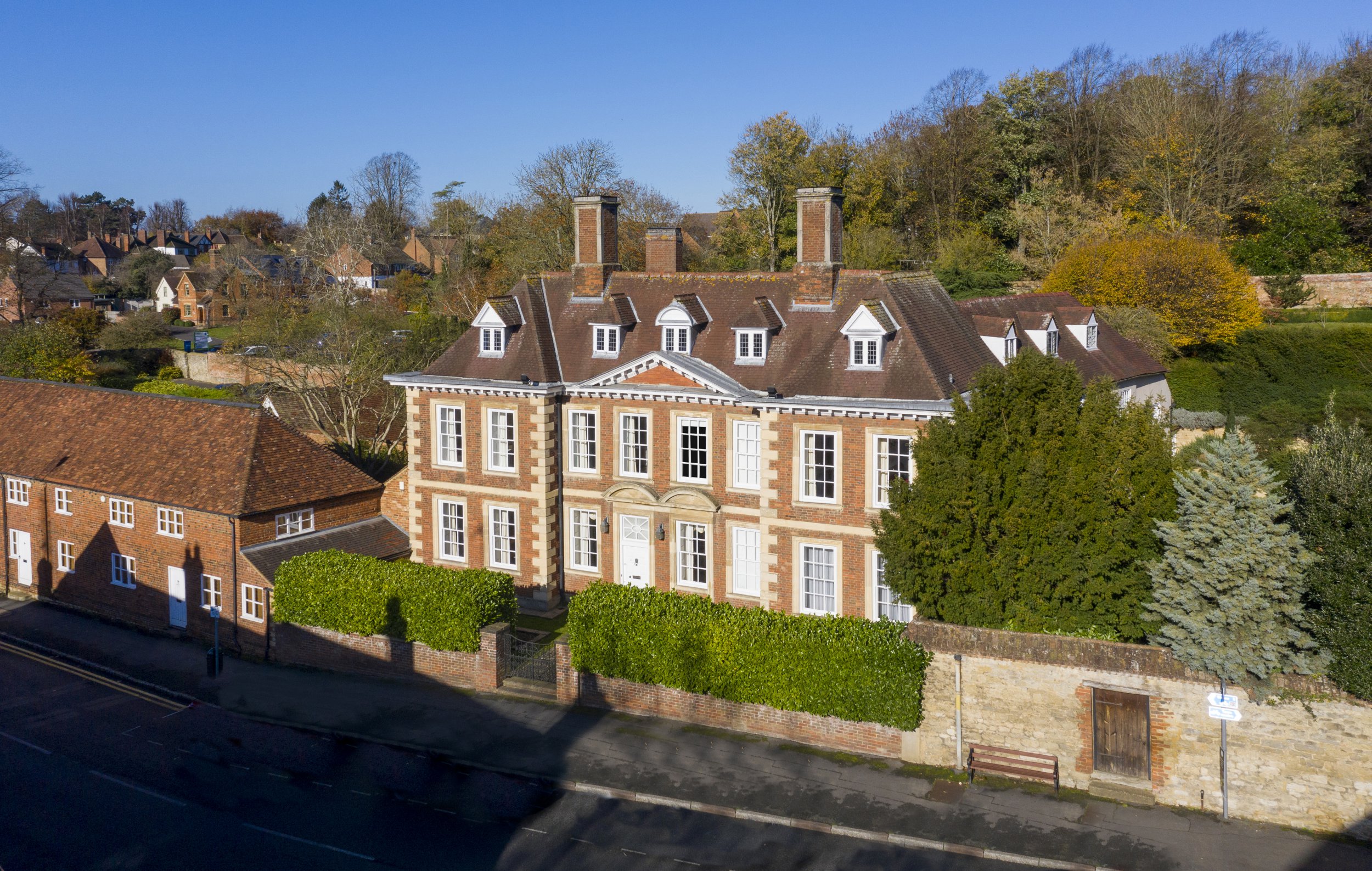 Think of yourself as royalty?

If so, here’s your dream house.

Castle House is a 14th century home that has hosted royalty and historical events through the years – and is now on the market for £4million.

The 10-bedroom house in Buckingham was once described by architect Nikolaus Pesvner as ‘by far the most important house in the town’ – and for good reason.

It was host to King Henry VII in 1494 and was also the place where Catherine of Aragon, Henry VIII’s first wife, directed her forces in the Battle of Flodden.

In 1644 the house hosted the council of war held by King Charles I and his nephew Prince Rupert of the Palatine.

It was at this meeting that the King made the decision not to march on London during the Civil War.

American presidents and founding fathers Thomas Jefferson and John Adams popped to Castle House in 1786, when visiting the Duke of Buckingham at nearby Stowe, and, more recently, Prince Edward, The Duke of Kent, paid the property a visit in 2013.

Estate agents Knight Frank describe the home as a ‘compendium of English architecture’.

Inside are three wings.

The East wing was built in around 1370 as a medieval hall house, then later had an Elizabethan addition and a Victorian kitchen.

The West wing was built in 1407, also originally as a separate medieval hall house, the the South wing, built in 1708, is one of the few surviving Queen Anne houses.

Of course, it’s all been renovated and restored so it’s somewhere you can actually live, but plenty of character features – from ornate chimney pieces to the original doors, windows, and cross beam ceilings – have been maintained.

The chimney piece in the drawing room is worth noting: it’s inscribed with the date 1619 and the initials of the 17th century owners of the home, William and Mary Lambert.

There is an attached mid-18th century stable block that is now divided into two two-bedroom cottages with a gym and spa, garages and a workshop.

Edward Welton, from Knight Frank, said: ‘It’s an extremely historic house and it’s got a great royal pedigree in terms of visitors.

‘Of course it would have been the house in Buckingham over the centuries.

‘Our clients carried out extensive works on it after they bought it. It took them several years to get planning and listed building consent and to carry out the the work.

‘They’ve done it very sympathetically and with the guidance of English Heritage, and it presents exceptionally.

‘It’s really quite a rare opportunity to be able to be the next custodians of such a historic property, right in the heart of the county town of Buckingham.’

Get in touch by emailing [email protected]