Ian Blackford was confronted in an appearance on BBC Breakfast over the SNP’s chances in the upcoming general election. Louise Minchin questioned how the SNP could “turn around” its electoral fortunes at this election after losing half a million votes. Mr Blackford, who has positioned the election around Brexit and a second Scottish independence referendum, struggled to respond.

Minchin said: “You say you are keen for an election but you lost half a million votes between 2015 and 2017. How can you turn that around?”

Mr Blackford responded: “We were defending 56 seats in 2017. We lose some of our colleagues. I regret that.

“But look at what happened since, we had our best ever result in the EU elections with 38 percent.

“My goal is to have the highest turnout you can imagine. I want to send an unequivocal demand from Scotland to stay inside the EU.”

JUST IN: Pollster stuns Sky News with shocking election prediction for next PM 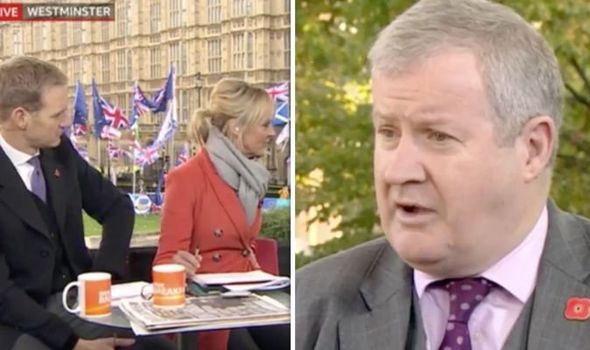 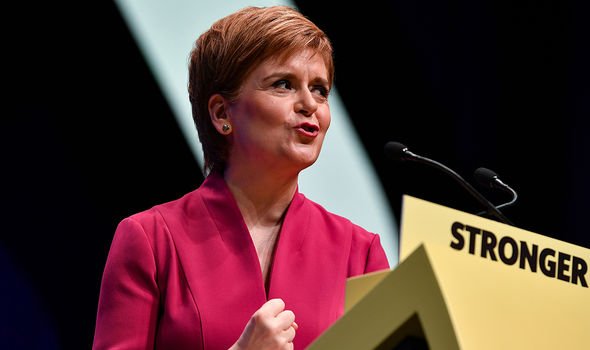 Minchin’s co-host Dan Walker pressed Mr Blackford on whether the SNP would join a pact with the Liberal Democrats.

Mr Blackford ruled this out, after two parties had worked together to come up with an election plan, which eventually forced Jeremy Corbyn to back the vote as well.

Walker also questioned whether Boris Johnson triumphing in the rest of the UK would help the “cause” of the Scottish independence vote.

The SNP Westminster leader refused to comment on how the rest of the country should vote, but urged Remainers to press their case. 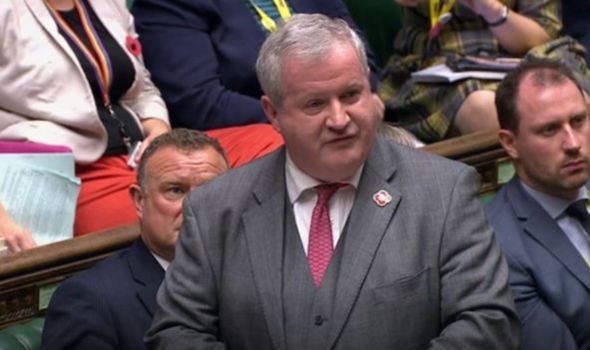 During the Commons debate yesterday, Mr Blackford said it was an “absolute disgrace” that the election on the 12th December won’t include EU nationals living in the country.

Talking about the Early Election Bill, the SNP Westminster leader also said that 16 and 17-year-olds deserved a vote, claiming they should also “have a say” in the country’s future.

He added that his party was “guilty as charged” when they are accused of trying to obstruct Brexit. 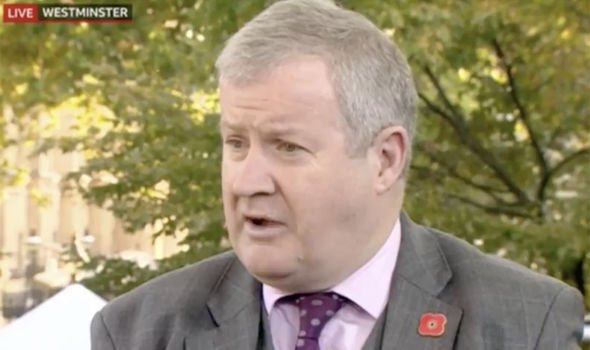 SNP leader Nicola Sturgeon welcomed the vote for an election, as she putting the independence question at the heart of its campaign.

She tweeted: “The number one issue for Scotland at the election is this: who should determine our future – Boris Johnson or the people who live here?”

Ms Sturgeon later said the SNP are “ready” to take on the Conservatives in the face of an election next month.

The first minister is expected to hit the campaign trail after MPs voted in favour of going to the polls on 12 December.