YOUTUBE star Tana Mongeau denied she and singer Noah Cyrus are dating after calling the singer her girlfriend.

She also told Entertainment Tonight she was the one who igninted the rumors, despite being married to fellow YouTuber Jake Paul.

She told Entertainment Tonight: "To be real, I think that I might have started the girlfriend stuff with some YouTube title.

"I just love being around Noah. There's something about her, even before I knew her, that has always inspired me."

She continued: "She's so real, she's so raw. The way she turns her emotions into art and cares about mental health and was born into this life, but turns it into something beautiful, is so inspiring to me.

"And I love to kick it with her […] I literally just like to spend time with her and care about her. Everything else just kind of makes it a mess."

The two women sparked rumors after Tana posted a video on her YouTube channel where she takes Noah's phone and pretends to be her.

She titled the video: "I took my girlfriend's phone and flirted with my best friend. prank????" but later changed it to: "I took Noah's phone […]."

The singer also addressed the rumors on her Instagram stories and wrote: "Guys, we are FRIENDS. Relax."

This isn't the first time the two have sparked romance rumors.

Back in September, Tana's husband, Jake, denied the rumors that his wife and Noah were dating, despite their open relationship.

He also told Entertainment Tonight that Noah apparently wanted to be with Tana, he said: "And then Noah and Tana are, like, wanting to hook up and I think Noah's the one pushing that narrative, which I think is dope, again." 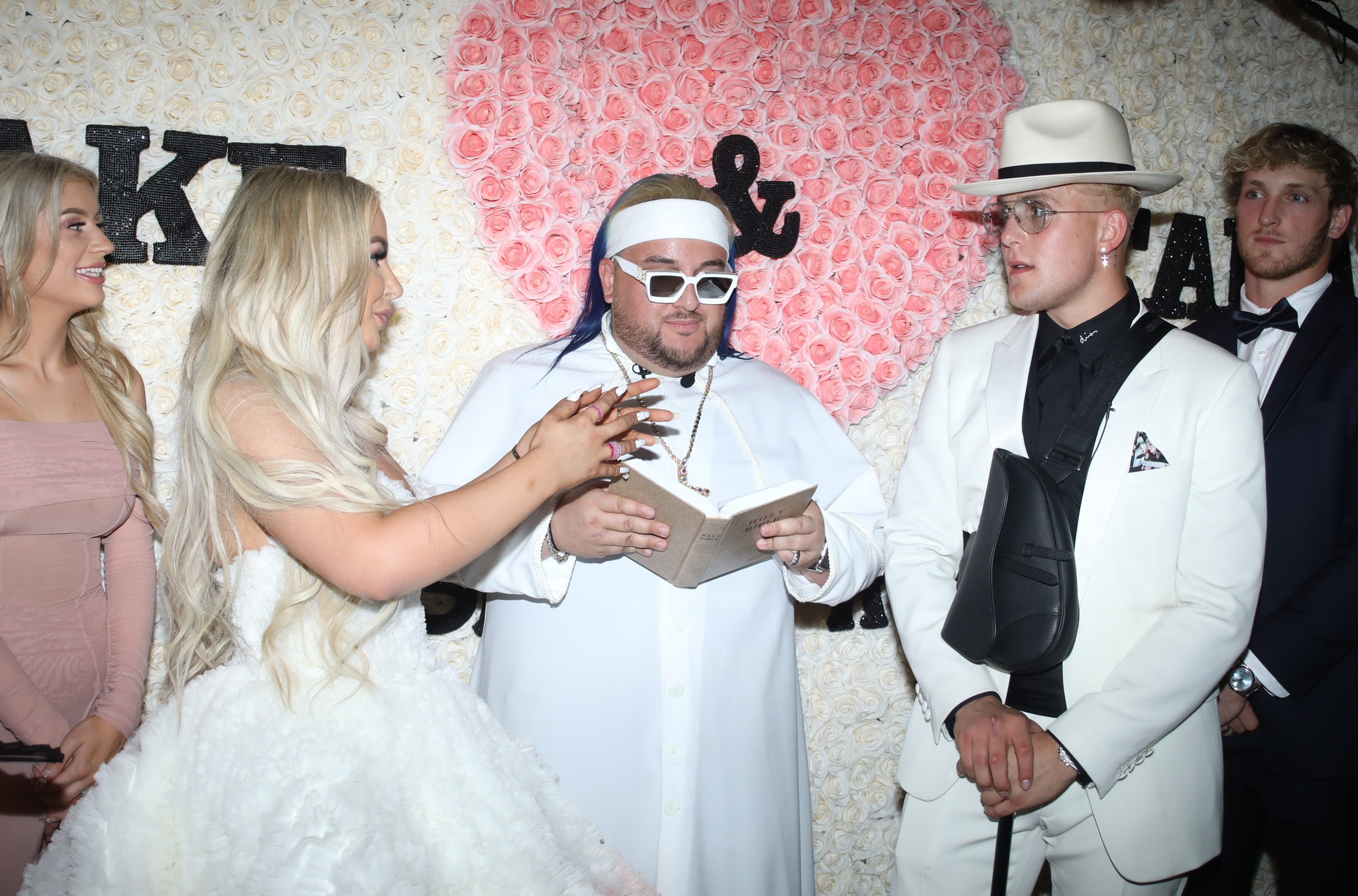 Back in July, Tana and Jake got married back in a Las Vegas ceremony. The two claimed their marriage is real despite not filing for a marriage license.

Jake also said they might never file for one because they're "probably gonna get divorced eventually."

Tana admitted in a video that her open relationship "was not voluntary" and the two would never be exclusive.